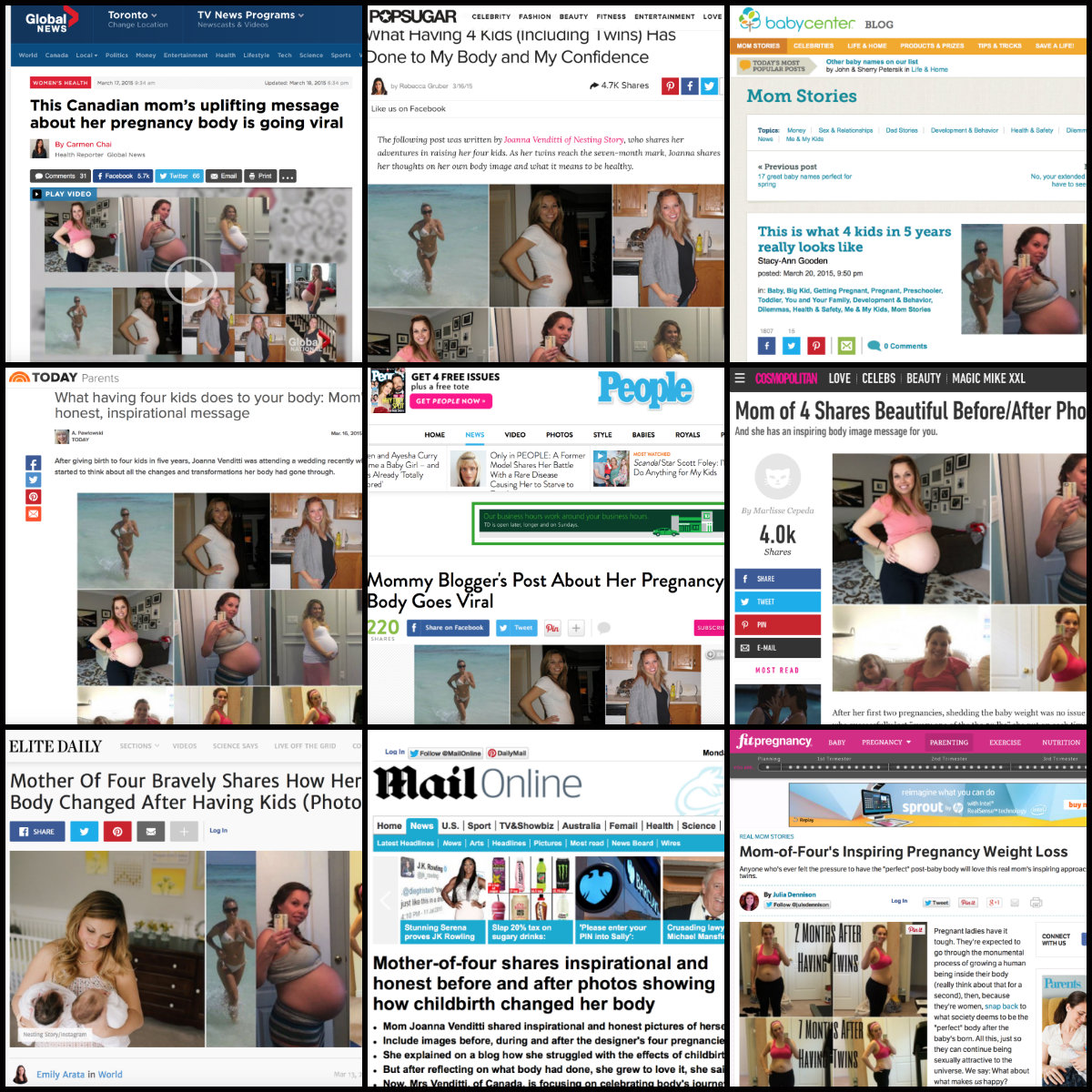 Going viral is not a natural or normal human experience. Anyone who has experienced going viral can probably agree that it is a bit of an out-of-body journey with a roller coaster of emotions that follow. Although it can bring some incredible opportunities, it can also throw your life off course. Anytime I have told my story about what it is like going viral, people have found it fascinating. So, I thought I would share it on my blog. Here is my story.

My blog, Nesting Story, had been around for a couple years, hand-in-hand with my design and mural painting business. But I had only switched it over to a parenting blog the previous December. So essentially, it was in its infancy. I would sit down a couple times a week and blog away about parenting four kids, my twin pregnancy, and how to prepare for twins. Nesting Story was not a business at the time. It was more like a lifeline. A way to connect with other parents and get out of my head after a long day in the trenches. I had had a couple of mini viral posts, and a few hundred loyal mommy followers. Then crazy town hit in March 2015.

I had been pretty pumped about the fact that I was finally falling into a rhythm with my early morning workout routine and could actually see my body coming back after having my four kids, (including twins). I knew that my body would forever be changed. I was more than fine with that, because I knew what my body had done for me and it deserved a few war wounds. I had a few followers expecting twins that I wanted to share my body after baby story with. So, after a finishing dinner with a big glass of wine I sat down and began to write. I laughed with my husband that I probably shouldn’t be blogging because I was a little buzzed. I cranked my music and began. It poured out of me. I enjoyed going through my pregnancy photos and finally felt balzy enough to throw in those postpartum photos I once felt so ashamed about. After only an hour and a half, (record time), I finished and went to bed, waiting for the morning to hit publish.

The next morning I woke up and reread my post. I knew that it was coming from an honest place and I was happy to put it out there. I hit publish, shared it on my social media and with a couple other bloggers, then walked away. Over the next day I could see the post was resonating with everyone, not just moms expecting twins. My website traffic was slowly climbing and the comments were pouring in. “Cool,” I thought to myself, “my post had legs.” Over the weekend I watched the numbers climb. I mentioned to some family that one of my posts was going viral, “oh that’s nice,” they replied, not knowing what was about to happen.

By the start of the following week, my husband, my website-guy and I were now emailing screen shots of my numbers going up and up. I had thousands of new visitors at all times. My web-guy started to joke that I was trying to break the internet. We all were waiting for that moment for it to hit it’s peak and start to decline.

While all of this was going on, I was really curious where my blog post was being read and who was reading it. I was able to see on my Google Analytics page that all of the traffic was coming from the United States, which I found interesting because I am Canadian. More specifically, my traffic was mostly coming from Utah. My hunch is, from many of the comments I read, that the family of four element may have connected with the Mormon community. Thank you Mormon community!

From Utah I watched my post go viral in New York, California, Texas and so on… The overall connection being my positive body image message. We were starting to get a little nervous that my server would crash and decided it was time to jump ship to a larger one. Within days, Nesting Story reached just under two-million page views. The crazy viral numbers started to level out and slowly decline. Then came the press.

All of a sudden there was a new jump in website traffic. The source: an article published on Woman’s Day website, followed by Cosmopolitan, then Elite Daily. I was shaking, beyond excited about the positive impact my article was having. Then Today Parents emailed me requesting a phone interview. Each of these articles also went viral. Especially the Today article, which was a huge hit.

Many more articles followed, including Fit Pregnancy, Life and Style Magazine, and Pop Sugar Moms. Then came the first request for an in-home, on-air interview with our family by CTV. This was a big deal, and many friends and family cheering me on gathered around their TVs that night to watch. 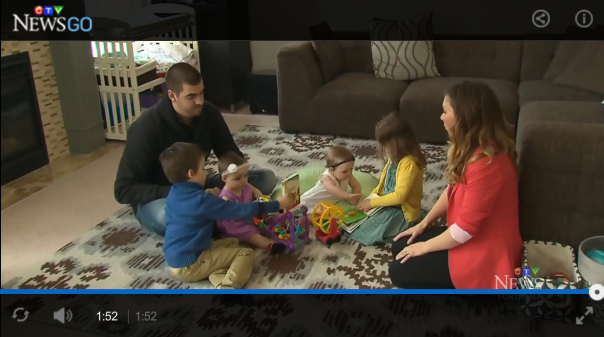 During the initial viral days, I would read many comments on other Facebook pages and websites, and one in particular really bothered me. It was another mother who had completely missed the message. I decided to address this on my own Facebook page and write a blog post about it and have never looked back. To this day, I never read comments about me on other websites.

During the span of the two weeks of craziness, I was constantly going. Trying to say “yes” to everyone, but barely taking time for myself. I even lost seven pounds in those weeks because I barely ate. 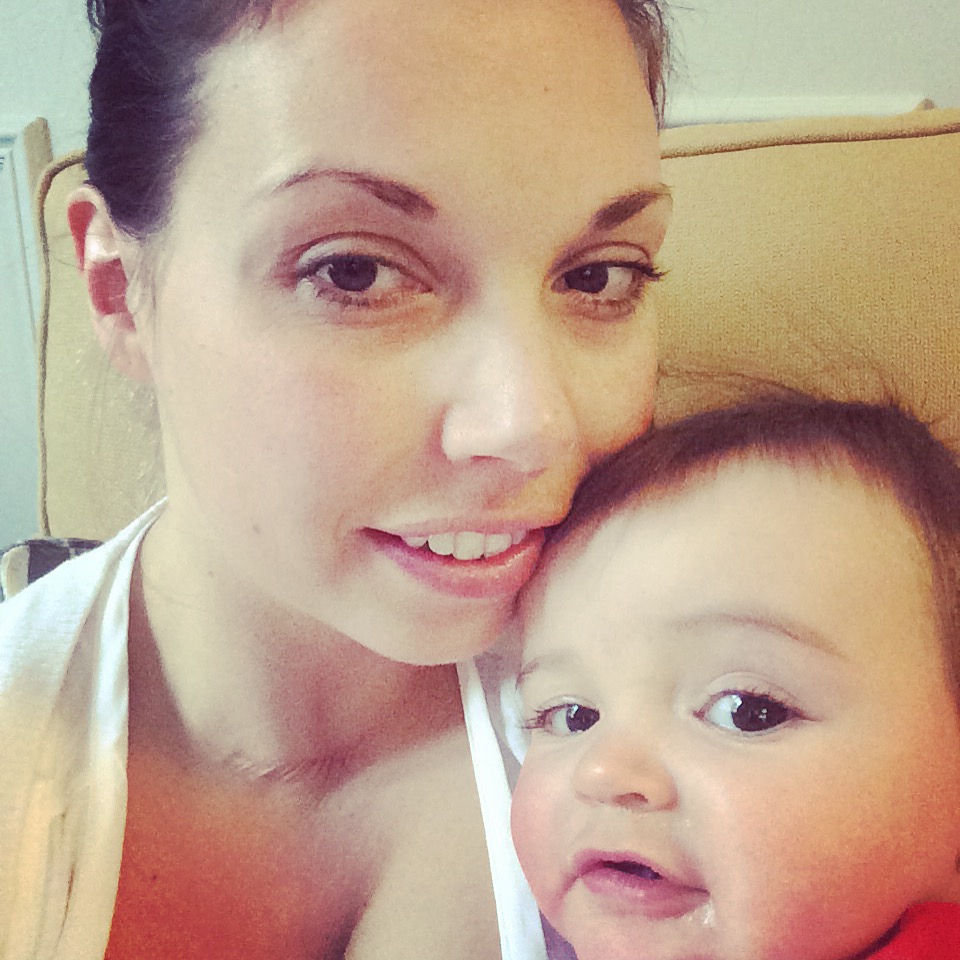 Once the dust settled, opportunities came knocking. Many opportunities. I have been extremely careful to say “no” to most of them (regardless of the payout) and only say yes to a few quality opportunities that would align me with the right people and serve Nesting Story and it’s followers. I am thrilled that Nesting Story is now a business, but I am always reminding myself why and who I am blogging for.

What did going viral do for my family and I personally? I burned myself out, which came to a head just before leaving to my first official blogging conference. There, I was able to step out of my parenting world and really make sense of what happened and what Nesting Story is today. 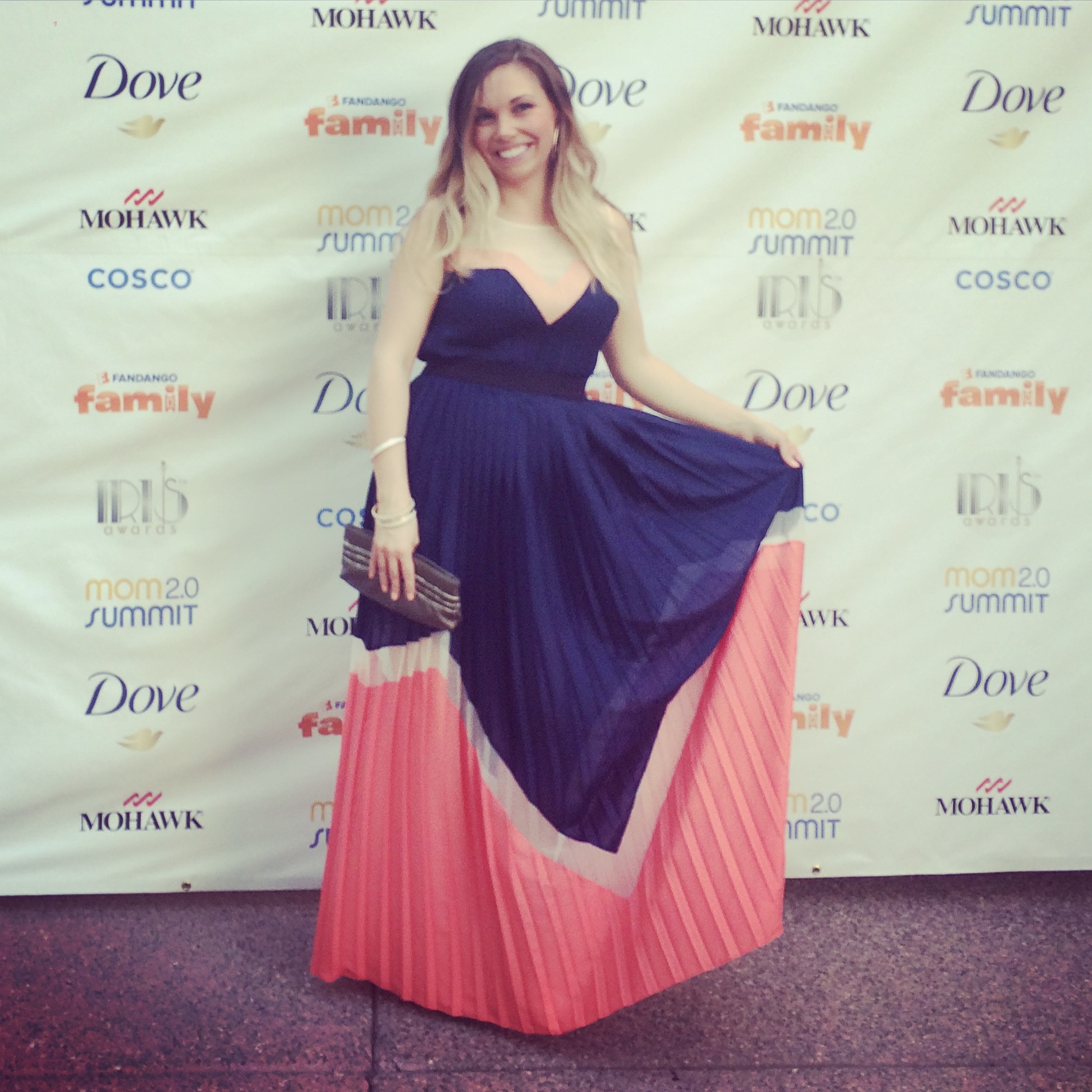 I think it took a toll on my husband and I as a unit, and just recently I can see us turning ourselves right side up again. My kids didn’t really seem to notice too much. We were careful to keep them separate from all of the media, other than participating in one interview.

Today I see myself as two people. Joanna, who is a mom of four and works at home in her sweats with no makeup, and Joanna, the viral mom that lives out there in the world.

Here is my advice to other bloggers who may find that they suddenly go viral. Pace yourself. Be okay with saying “no” to people and opportunities. Be patient for the good opportunities and go after what you want. Be prepared for people from your past to show a sudden interest in you. Don’t grow an ego. There is a good chance your star will fade, so enjoy the ride while it lasts. Don’t stop learning. I am constantly trying to educate myself and learn from other bloggers. Try to compartmentalize the negative comments and see them as a conversation starter that moves your message further. Don’t read all of the comments that aren’t on your own social media and website. Don’t take those comments personally. Don’t leave leave other people’s negative comments that aren’t contributing to the conversation on your own blog and social media. You don’t need that poison sitting there. Don’t try to repeat history or start to write what you think people want. It will be tempting, but it will fail. Trust me. Continue to write for you and the people you had in mind when you began. Don’t lose your way.

Sometimes I still can’t believe what happened to me. Now it seems like this blip in time. I have been extremely humbled by it and know it will never happen again. It has given me thicker skin and has helped me understand my worth. But it doesn’t define me. 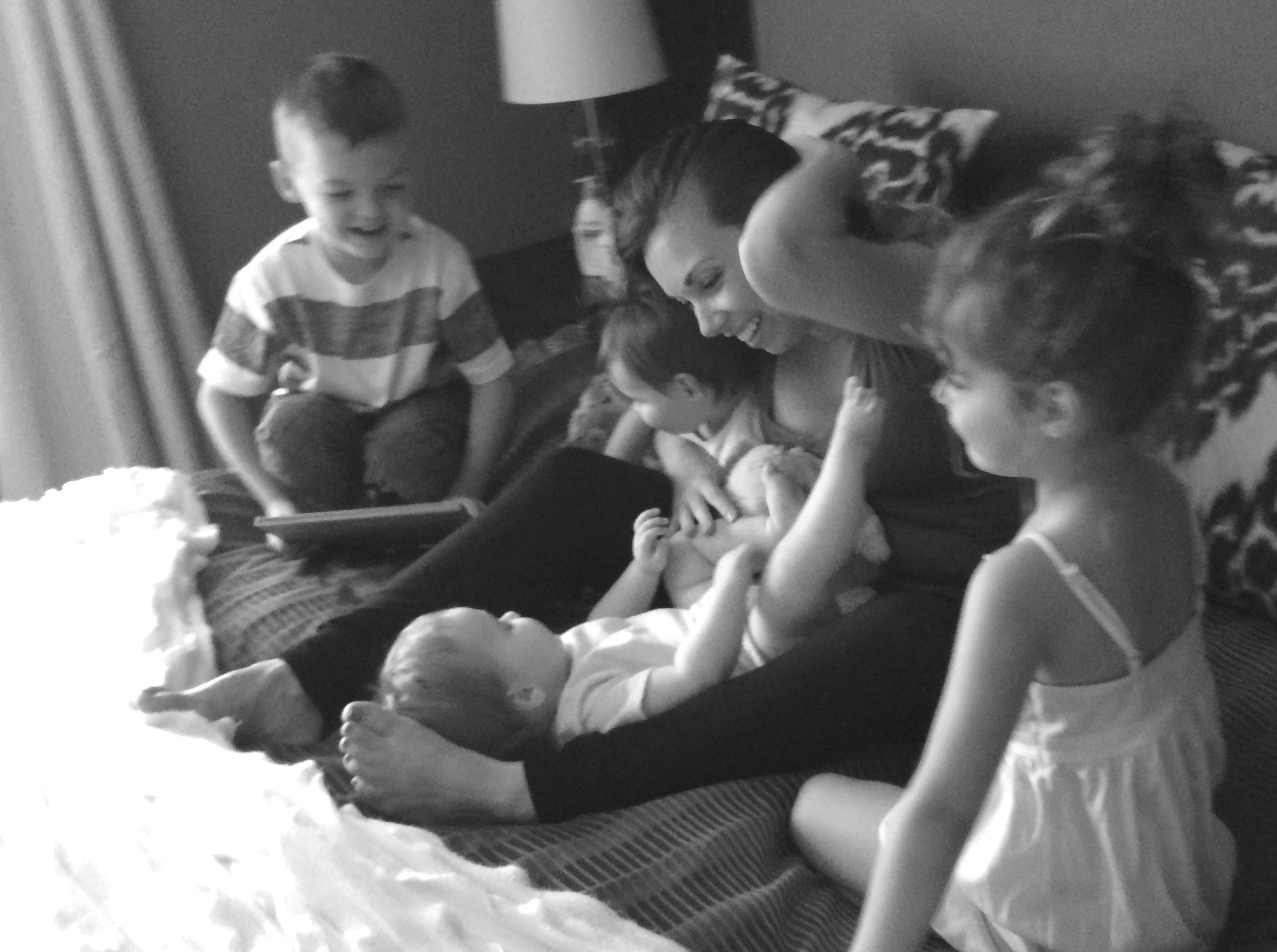