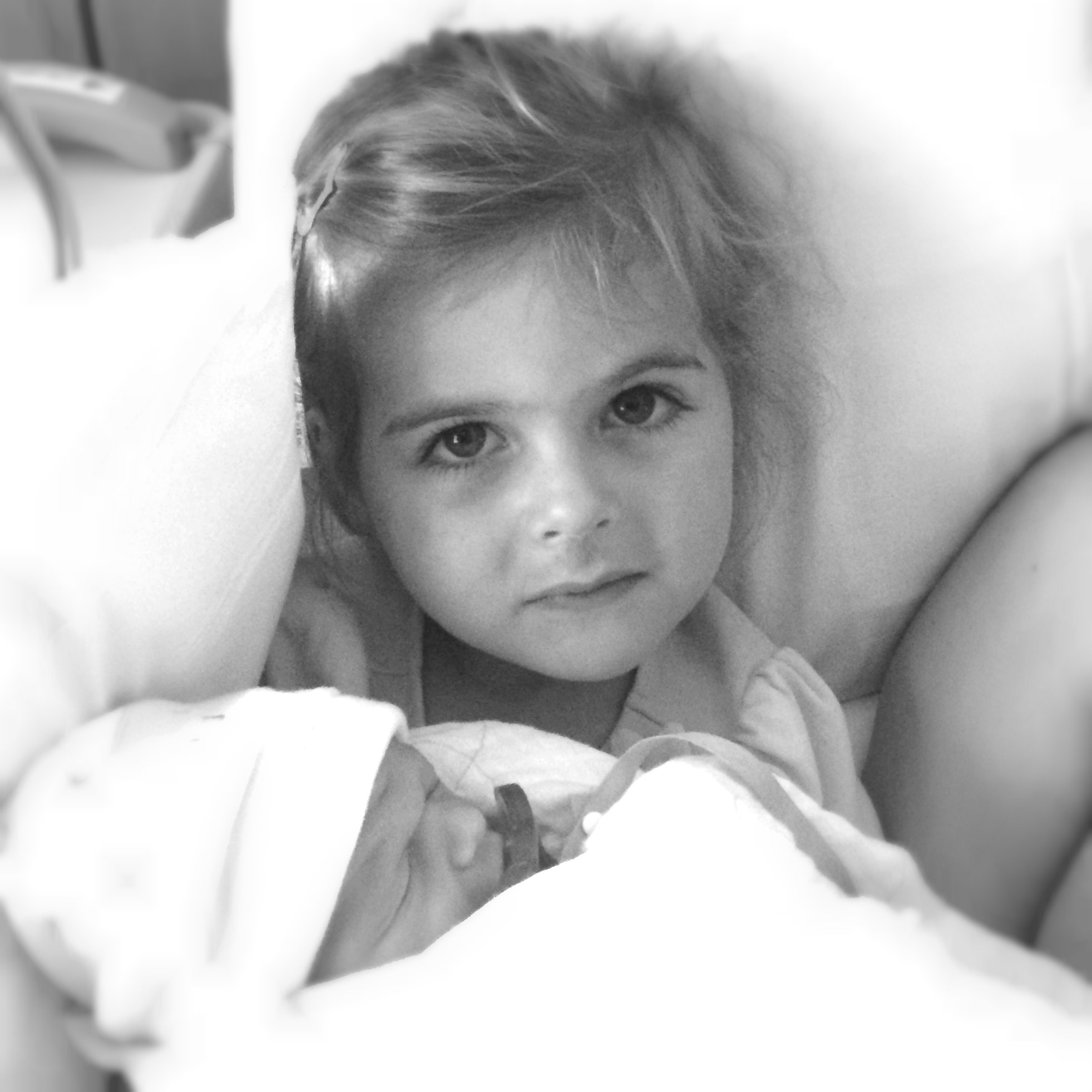 I somehow missed a massive storm brewing in our home. I didn’t see it coming. The warning signs were there. But somehow I missed them.

Let’s back up a little… on July 25th 2014, our twin girls, Mia and Everly were one day old. I was in the hospital still recovering from my scheduled c-section, and this was the day our older children were to meet their new sisters. I had made the decision to not bring our oldest, Holden (who was almost two-years-old at the time), to meet Beau in the hospital when she was born. I thought that this time around, since I was having a longer hospital stay (after my c-section), and because our kids were a little older, that having them come to the hospital for a visit was the right decision. I was wrong.

First, my parents brought Holden, which went smoothly. But, then came our daughter Beau with her other grandparents. She was three-years-old.

Beau held her sisters, and cuddled with me. She was uncharacteristically quiet, as she soaked up some much needed mommy-time. 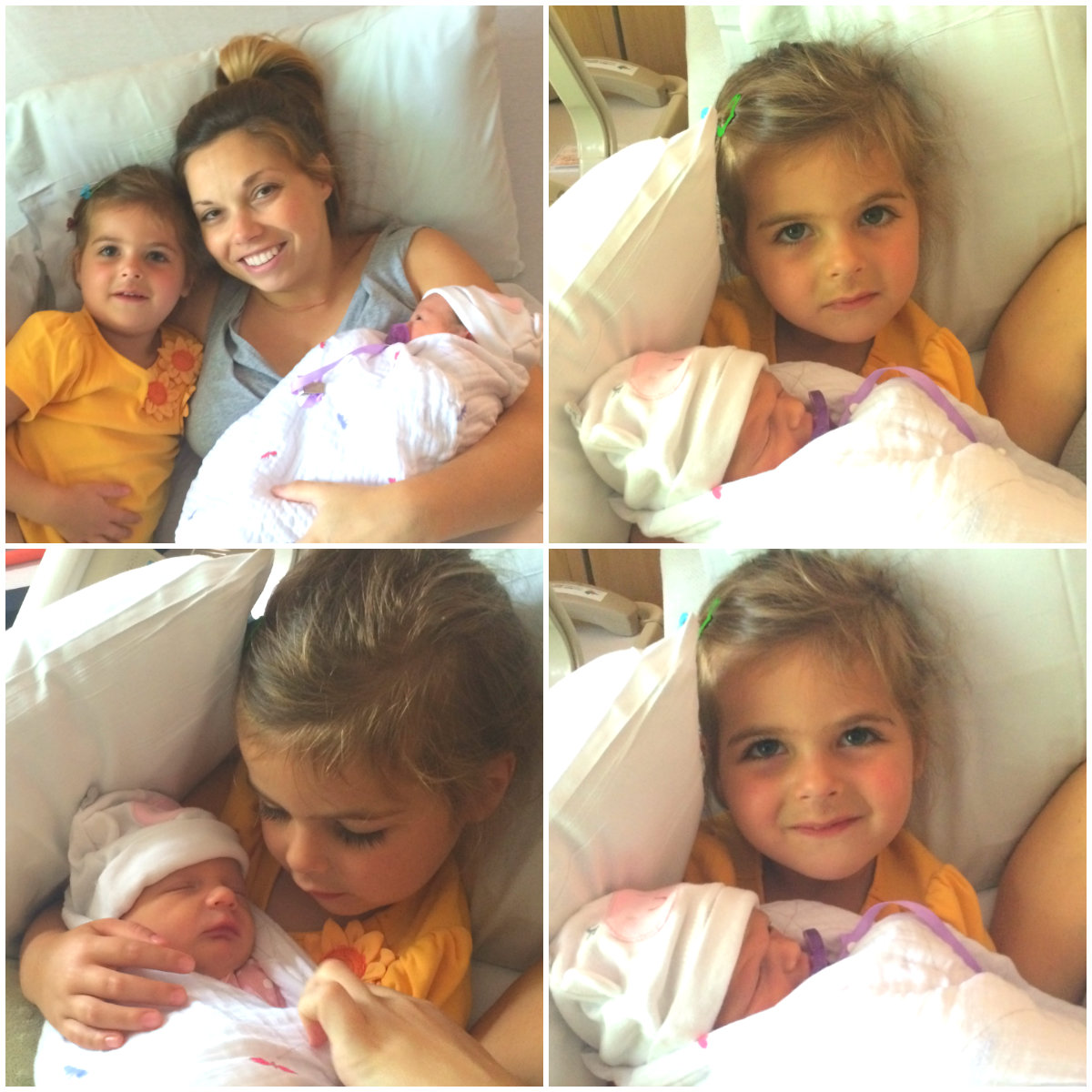 After many failed attempts, it was time to go. Beau was hysterical, violent and upset. Like a wild animal. This was something I had never seen before from her. My mother-in-law had to finally rip her out of my arms (at my request) at the exit of the hospital. I quickly turned and walked away stoically, while shielding my heart. I knew that I could not fully let in what just happened. I had two newborns that desperately needed a whole mother. I told myself, “I cannot shatter.” Beau apparently sobbed in the car until she finally fell asleep, still whimpering while sleeping. My mother-in-law still has nightmares about this.

As the months passed, I tried my best to divide myself among my four children. I gave as much as I possibly could. I did special one-on-one outings with each of the older kids on a regular basis and constantly reminded them how loved and special they are.

I watched as my once confident daughter, was losing herself in the mix. Fear was taking hold of her. She seemed lost. 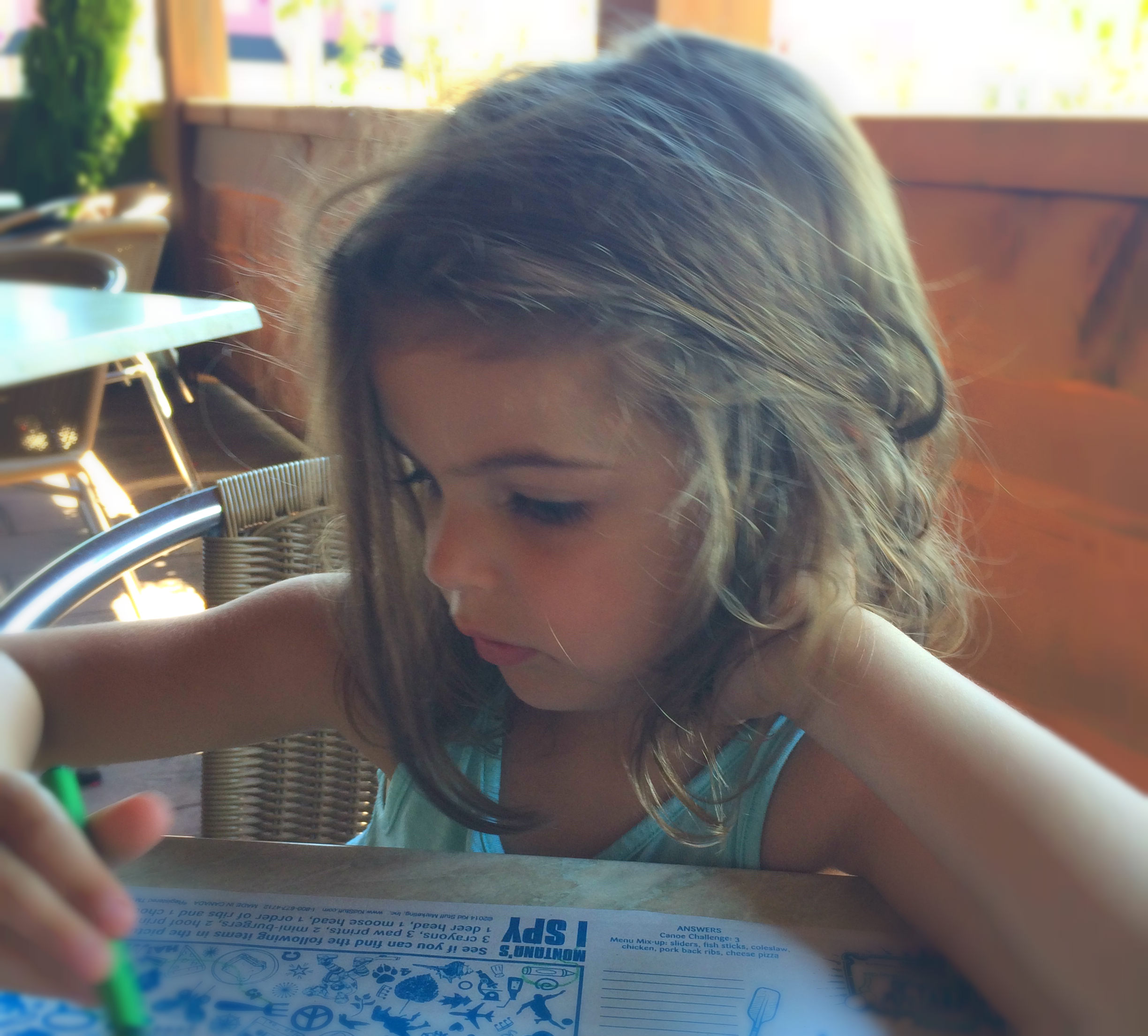 Anytime I would wear my pants with the little grey elephants (the same ones I had on when Beau visited me in the hospital) Beau would become nervous and worried I was going to leave.

Beau loves her sisters, and insists on spending almost all of her time with them. I am sure having two new sisters that never get into trouble (because of their age) and draw so much attention hasn’t helped things. But the love she has for them holds no resentment. 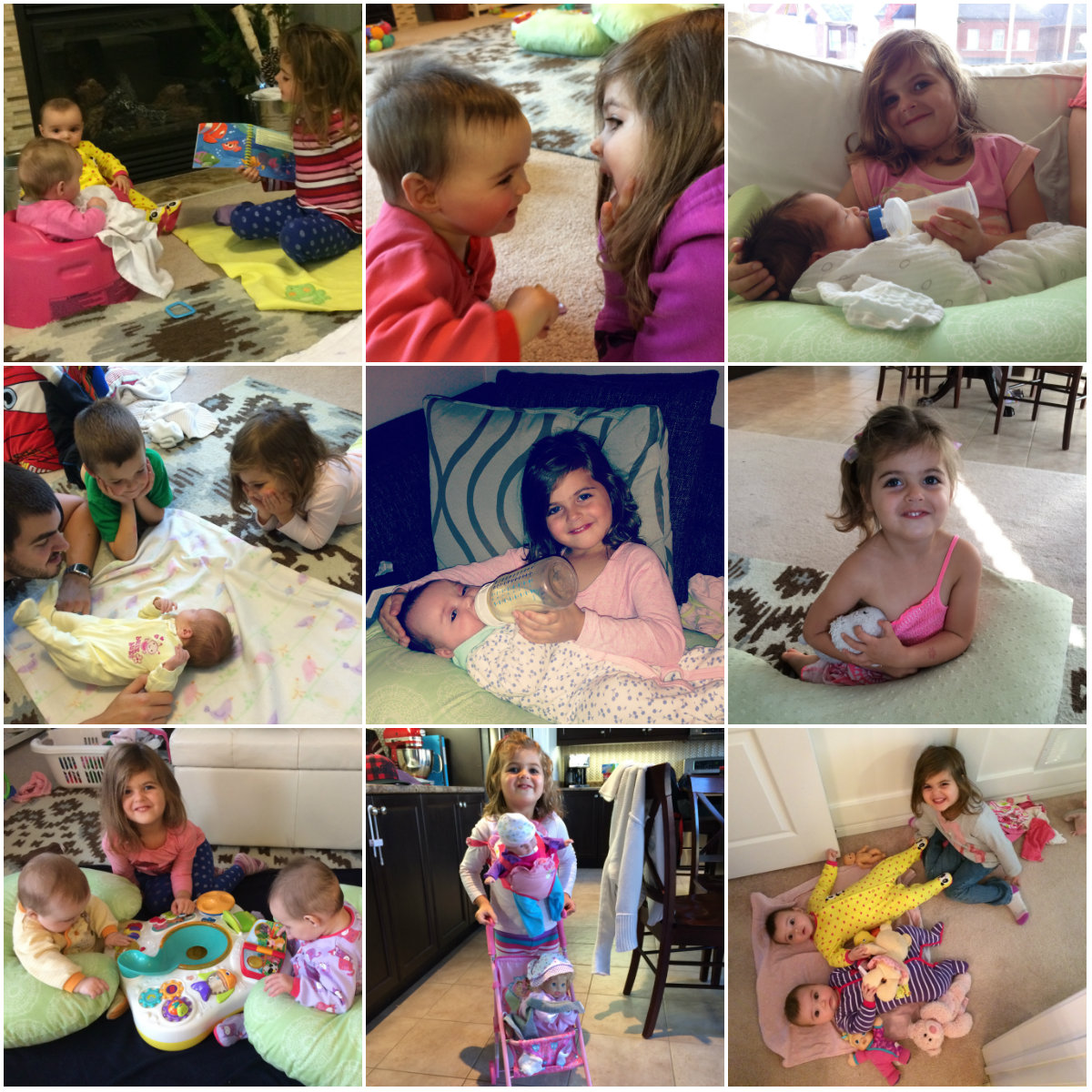 Beau’s fear peaked during this past summer. We could barely cross a threshold into a friends house. Beau would wake up screaming multiple times a night. I was trying to stay home with her as much as possible, only getting out occasionally with a friend, late in the evening, once I knew she was asleep.

To say I was stressed would be an understatement. My husband, Mike, and I finally got some outside help and changed gears. We pulled her out of her daycare, and gave her special responsibilities around our home and lots of extra love.

The two biggest changes was the start of kindergarten, and the change in Mike’s relationship with her. He used to think she needed tough love, but after receiving some great outside advice about how the mind of a four-year-old works (they are called the fragile fours for a reason) he has been there for her (and I) in an incredible way. He’s her patient buddy. He listens so well, holds her and lets her cry when needed, and isn’t offended when she just wants mom.

Little by little we have seen glimpses of our confident and vibrant little girl return. Beau has started to grasp that although she can’t always be with mommy 100% of the time, that doesn’t mean that her world is going to fall apart. 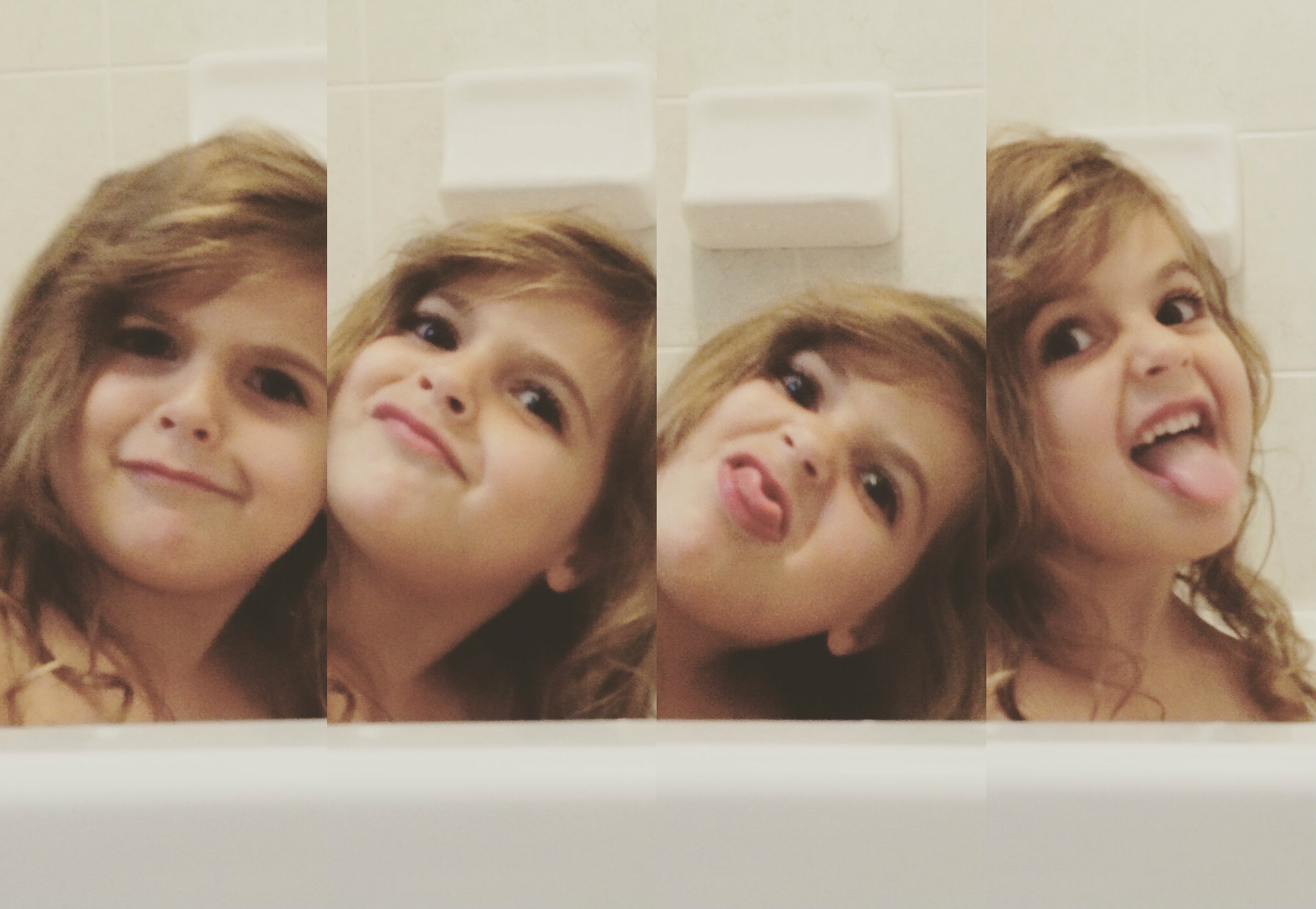 If I could go back in time and change things when Mia and Everly were born, I would have never had Beau come to the hospital. Out of sight, out of mind. I think every child is different and can cope differently.

I really hadn’t thought about the trauma that one visit could have caused Beau.