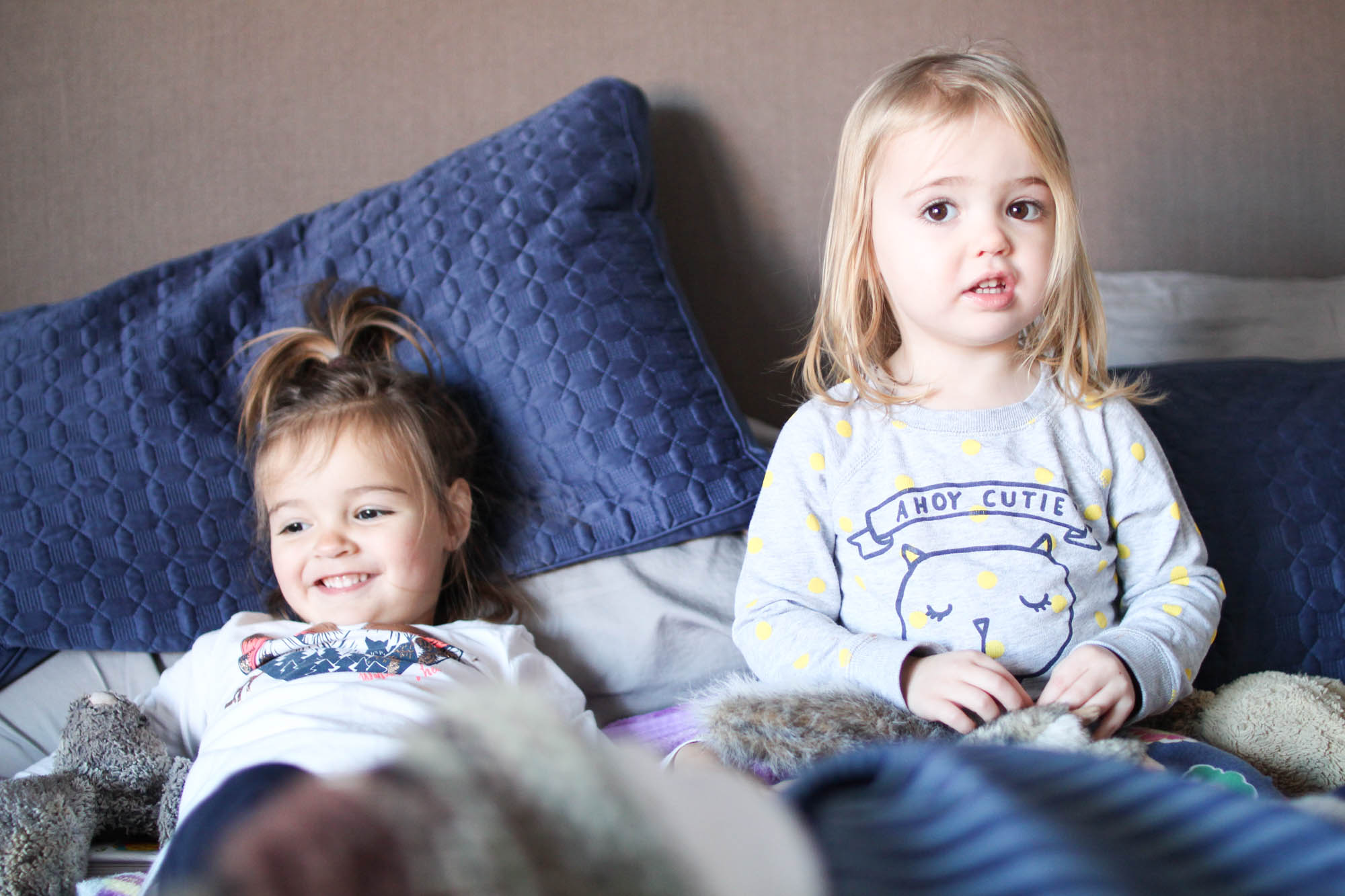 Tonight we are shopping for our two-year-old twins’ big girl beds. They will be three in July, and honestly, my husband Mike and I thought we had more time.

You see, we have transitioned two kids to big kid beds before. This isn’t new to us. But two at once? Gulp. 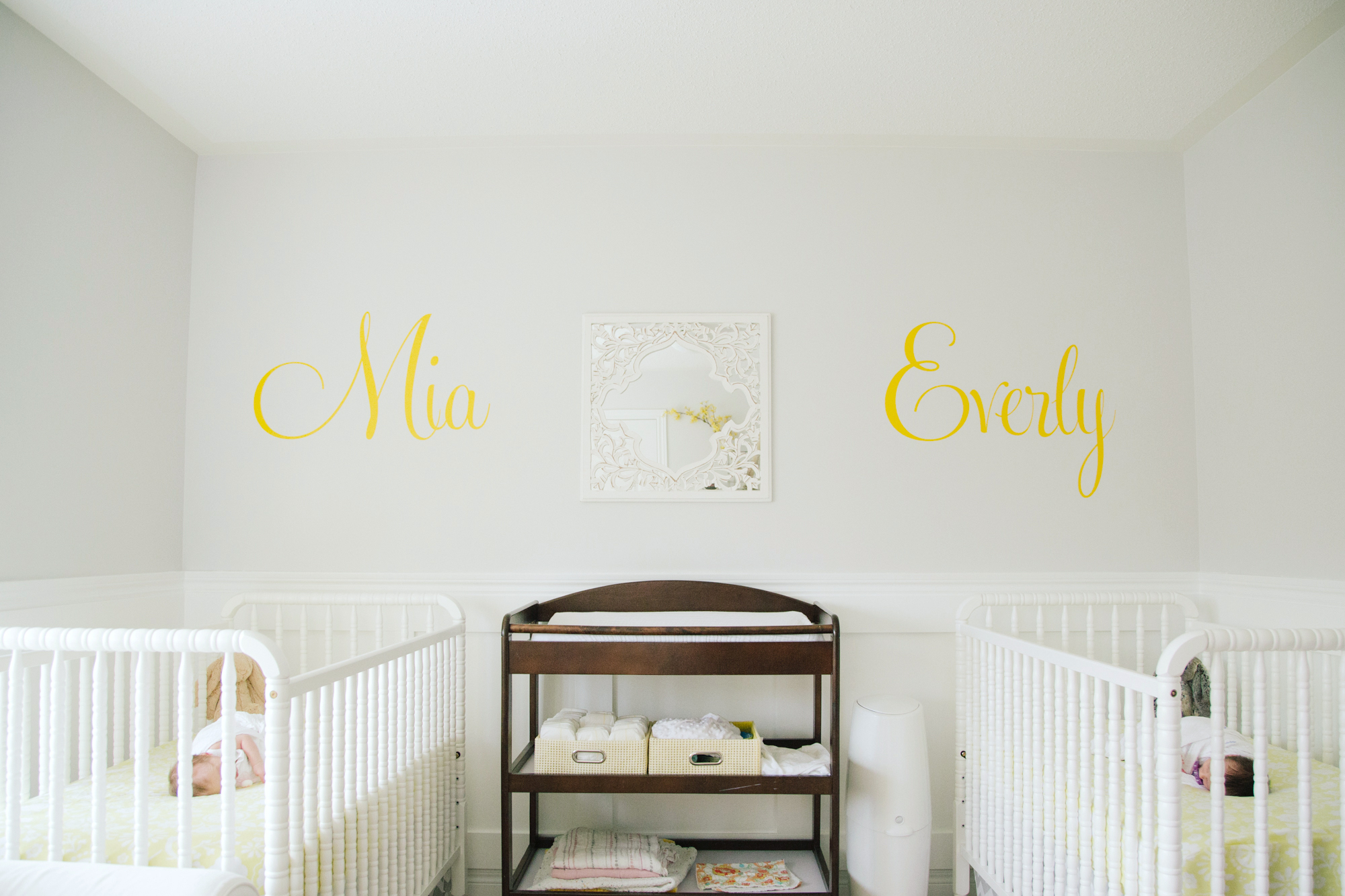 We have always waited until about three months before our childrens’ third birthday to make the big move. This was a decision made when we witnessed a family member’s traumatic transition at a younger age.

So, we had set the month… April. It was supposed to be April. But two things have happened recently that has made it glaringly obvious that it has to be now.

First, Everly, our much taller twin, has escaped from her crib for the second time. This kind of stealth maneuvering never happened with our big kids. But last August, when I was out, Mike heard a loud BANG. He apparently knew right away that Everly had jumped out. Sure enough she did.

We knew we weren’t ready for the big move back then so we installed cameras and had a big talk with Everly to not jump or put her leg up over the side anymore. It worked, she stopped. Until last weekend.

Suddenly during what was supposed to be our twins’ naptime, we heard the door to their nursery open and out struts Everly. Our jaws dropped. We never heard a bang.

She couldn’t have fallen. After some inspection in their room and questioning our mischievous duo, it was clear that she had climbed out, something she must have learned from watching her older siblings climb in and out of their cribs). Also, there was lots of evidence that this escape had happened quite a bit earlier than when she decided to make her exit.

Mia’s crib was filled with items we had not, and would not put in there. I pictured Mia pointing around the room asking Everly to bring her things.

But then on Monday this week, Mia woke up screaming. She was convinced that her crib had broken. She kept saying, “my crib’s not working,” over and over again. Finally we were able to understand what her dream was about, but there was no convincing her that it hadn’t broken and that it was okay. She wouldn’t go near her crib that night and spent an almost sleepless night in our bed. 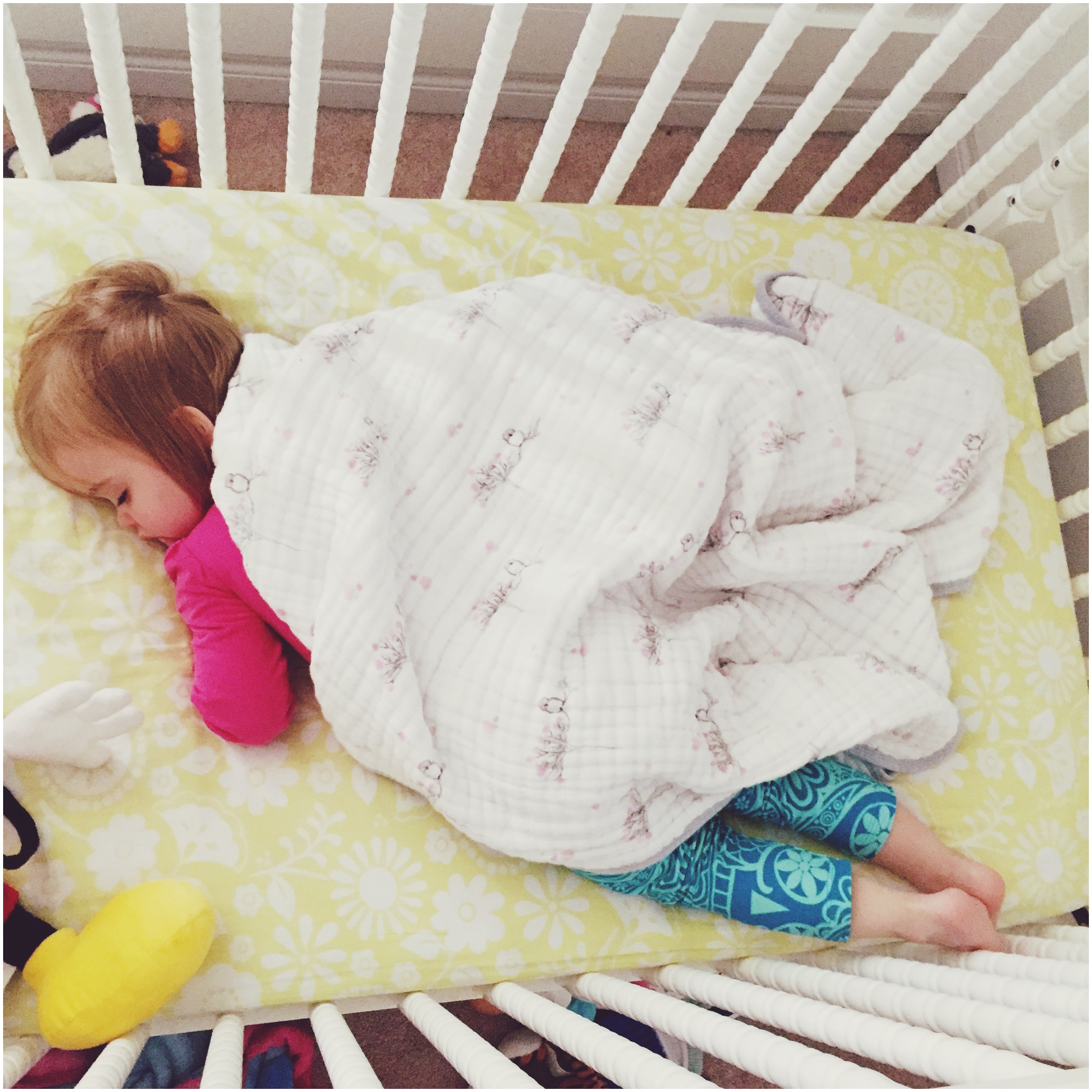 Every night since there has been resistance going to bed, and some tears during the night.

When the big escape happened with Everly, we made the mistake of discussing getting big girl beds in front of our twins, and we haven’t heard the end of it since. I never realized that two-year-olds could master the art of pestering, but they have.

So here we are, about to shop for big girl beds. The honeymoon is over. Maybe it won’t be that bad, but I am preparing myself for the worst.

I will be documenting this process here, on our YouTube channel and on Instastories. It will probably be going down this weekend. So follow along, and maybe say a little prayer for us.

Have you transitioned multiples from cribs to beds? Do you have a story to tell or any helpful tips? Please leave them as a comment below.

8 thoughts on “We are NOT ready, but our twins are”