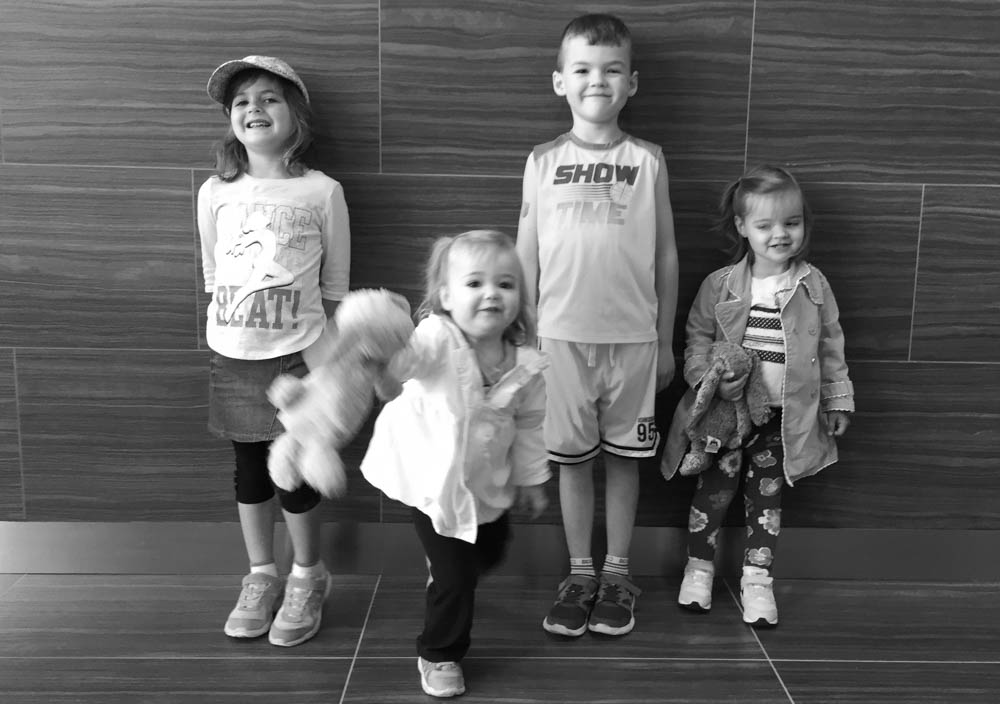 A couple weeks ago I was having dinner with a couple other moms, each with one, or two kids. We got on the topic of me having four kids and how I possibly manage. I smiled and said, “honestly, it’s not that hard.” Which is the truth.

One of my friends thanked me for not going on about how horrible having many kids is. She told me that a mom of three she knows, tends to constantly rant about how hard she has it and is always negative.

Now, let me get a couple things out of the way first. I definitely have my very bad days. Days when I turn to Mike and half jokingly say, “why did we have so many kids?” Nothing frustrates me more than when I read an article, or receive a comment scolding me, as a parent, for complaining about anything motherhood related. We are all allowed to complain, vent and be real. This is definitely not a four kids is easy, so stop complaining post, because I hate those.

From when I was a child, I always wanted four kids. I was one of four, and it was all I knew. But after having two kids, I was really considering being done. We had hit this wonderful sweet spot, and I wasn’t sure that I wanted to rock the boat.

It was Mike who encouraged me to not “close up shop” just yet and to take a break instead. We did wait, and after a while I knew I wanted at least one more. We just happened to get two for one, (twins), and jump from two to four kids. 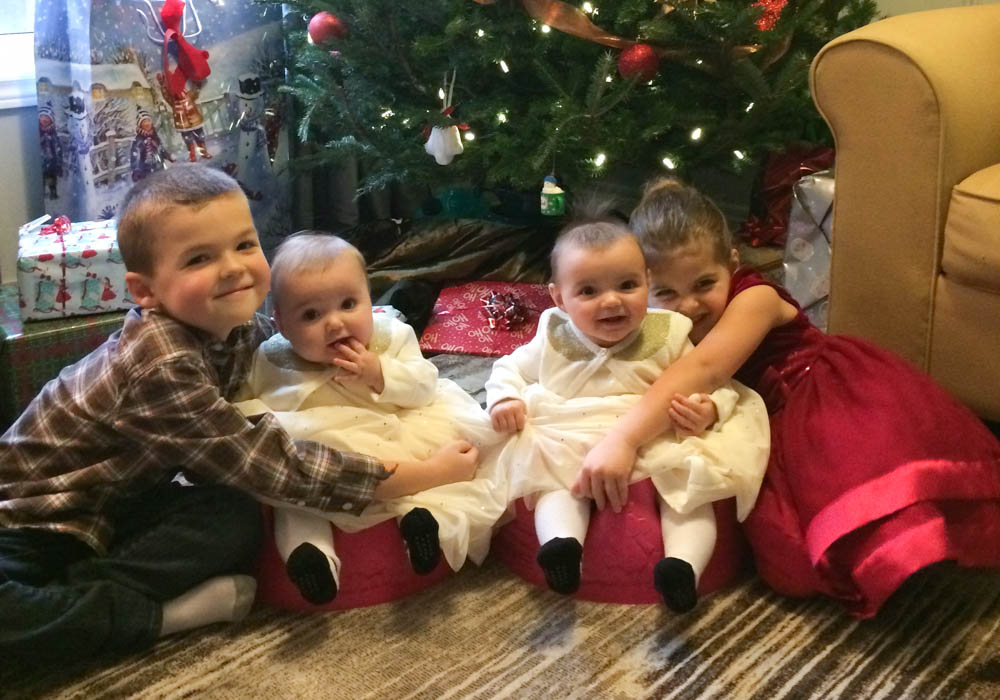 This may sound crazy, but it is true, and here’s why. With one kid, I obsessed. No, wait, we obsessed, as a team. Holden was under a microscope. We were under our own microscope. When I had a parenting mis-step, (which is pretty much everyday, because this is real life), I would torture myself about it.

When you hit the magic number four, something happens. You cut the crap and cut out the noise. I suddenly became this extremely decisive and efficient mother. For some reason, I pack less for four kids, than I did with one. Maybe because I couldn’t be bothered and would rather, MacGyver a diaper if I ran out, (like we recently did out of napkins), instead of spending my precious time meticulously packing a diaper bag.

With four kids I don’t set myself up for failure anymore. First, you stop getting invited to as many people’s houses, because, really? Who wants someone with a busload of kids to go to their house? I am honestly okay with this, because I would probably turn down most invitations anyways. It’s not worth the stress. 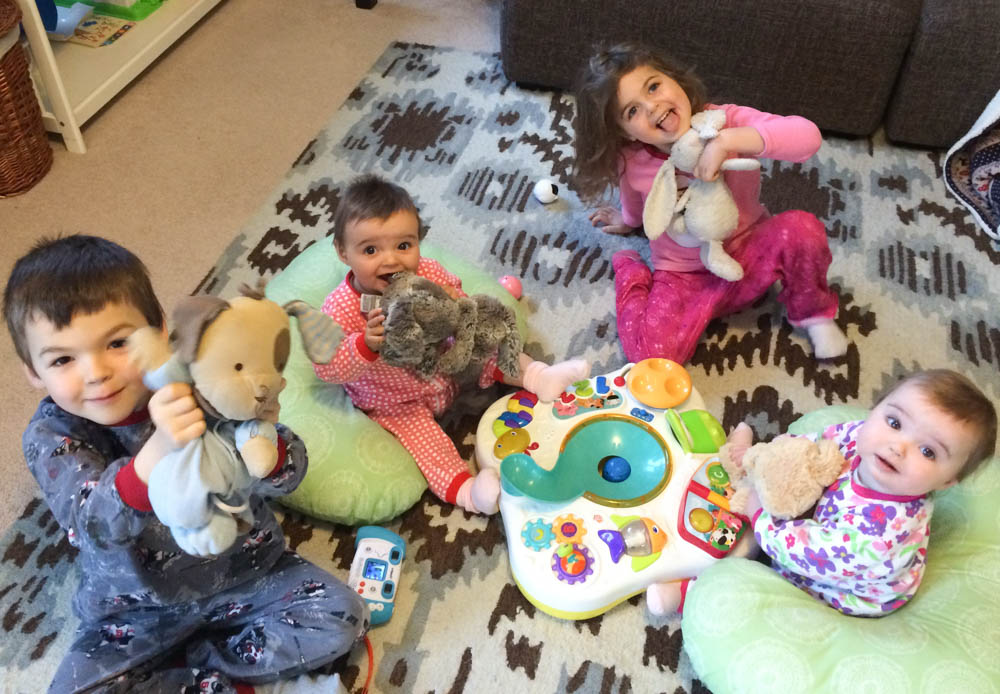 I can remember countless times going out with one or two kids, trying to be a hero, and leaving with a toddler who had missed their nap and me shaking with fried nerves. Nope, I couldn’t bother.

The great thing is, I don’t have to rely on playdates anymore for my kids to socialize. They are like a litter of puppies. Despite having many rooms in our home, nine times out of ten, they choose to play within a five foot radius from each other. 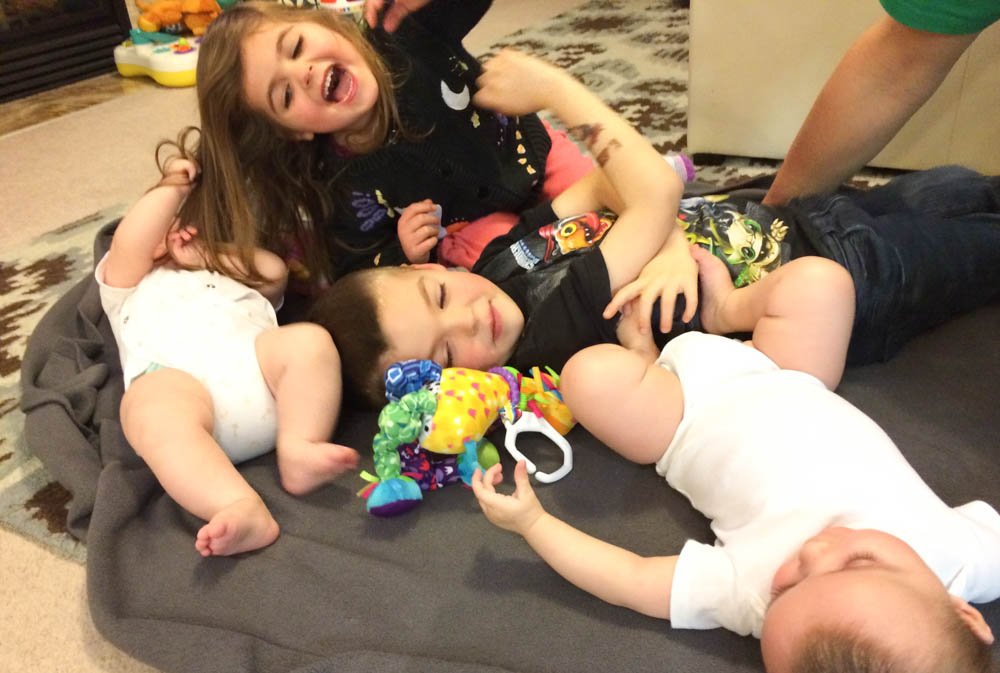 We now get together with with other families on neutral territory, or in our home. It makes life so much easier for everyone involved.

When you have four, the kids sense it. They sense that they aren’t going to be waited on hand and foot. Occasionally they will test the waters, but quickly realized that their demands won’t work in our house.

This take it, or leave it attitude was something that even I had to get used to. But once I did, it was wonderful and much less work.

I do long for the days that our twins are just a little older and more independent, so that I can spend a few hours decluttering without having to watch them like a hawk. But I know that day will come. Until then I will enjoy this phase, and keep shoving our clutter into closets and our basement. 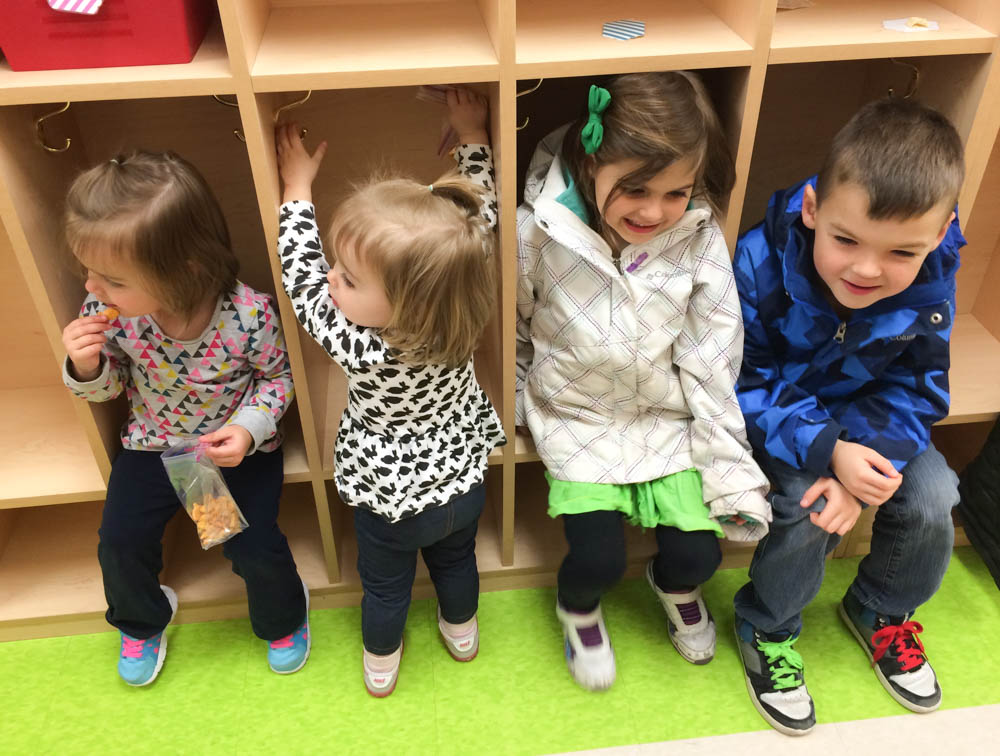 The bottom line is this, having many kids isn’t as horrible as you may think. It’s different, but it is definitely doable, and dare I say, even enjoyable.