The first night in the hospital, when my oldest child was born, I didn’t sleep a wink. Not because he was fussing or hungry, but because I couldn’t stop staring at him. This was it, I was a mother. I had dreamed about becoming a mother when I was a child, caring for my own dolls like the attentive mom I planned on being. 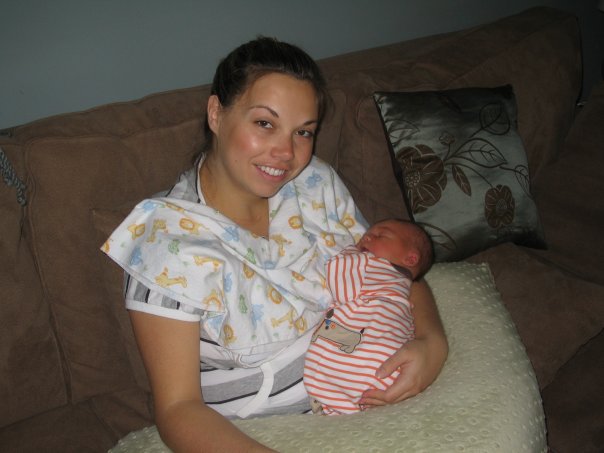 I sat there, upright in my hospital bed, watching Holden breathe, feeling the love inside of me bubble over. “I am going to do this right,” I thought to myself. “I am going to love every minute of being a mother.” I started to think about all of the simple things I wanted to enjoy with my son. Like, reading books, singing songs, play dates and running errands with my adorable baby in tow.

After the first six week and the haze of new motherhood passed, I was ready to start living life like I had planned with my new baby. I soon started to realize that despite my best efforts, Holden was rarely happy. He wasn’t colicky. He was a fantastic sleeper. But Holden just didn’t seem to enjoy life. He was fine when I was with him in the comfort of our home, but as soon as someone else tried to hold him or be in his presence, he would scream. Holden even rejected my husband, his own father, for a while.

Weeks turned into months and instead of things getting better, they started to worsen. When I tried to go grocery shopping, Holden would quickly become agitated, and if someone dared to make eye-contact with Holden, he would go nuclear. We could barely go to birthday parties, because the noise was too much. We learned to ask for a heads up when Happy Birthday was going to be sung, because we knew that we had to leave the room. Holden just couldn’t handle it. Countless play dates turned into me hiding out with Holden in a separate room, to keep him calm.

My husband, Mike, and I were in constant survival mode. I found little tricks to get through social situations, like using television, sticking Holden in his high chair with a big spoon full of peanut butter or water and cups to distract him. I stopped caring what other people thought. 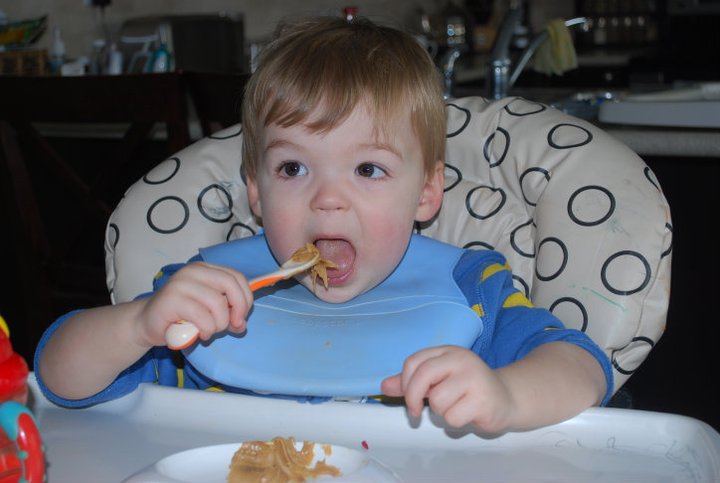 There were times that the isolation and stress of Holden’s mood and separation anxiety almost broke me. When he was 18 months old, and I was very pregnant with our second child, I went into a full panic attack and had Mike drive me to labour and delivery. I was talked off the ledge by some incredibly patient nurses, who gave me great advice… get help. Which I did.

For months, we kept waiting out Holden’s permanent bad mood. I had heard tales of my younger sister being very similar as a baby and out-growing her misery by age two. But there were other things that started to worry us about Holden. He was always on the late end of normal for every milestone, and as I watched his peers start to talk and interact with other children, Holden would mostly grunt and avoid anything social.

After one particular devastating play date, where I not only spent the whole time trying to keep Holden happy, but I also felt judged by another mom about my survival tactics, (needless to say that was the last time I had a playdate with that mom), I told Mike that I thought it was time to have Holden evaluated to see if something bigger was going on. Holden was age two.

This decision, although difficult and heartbreaking was the best decision I have ever made in my life. Early intervention. Our initial evaluation led us into countless follow-up evaluations and eventually led us into Speech Therapy and a small amount of Occupational Therapy. We used both government funded services as well as hired private therapists. Holden became our project. We worked diligently and Holden began to speak, communicate, comprehend and participate. Although once thinking he may be on the Autism spectrum, this was dismissed as Holden made progress and was interacting well.

I spent countless hours researching and reading books. I kept hearing the same thing while we went through the diagnosis process, “although we see really great things from Holden, there are also some worrisome behaviours as well.” Then our private Speech Therapist had suggested Holden might have Sensory Processing Disorder (SPD).

Sensory processing (sometimes called “sensory integration” or SI) is a term that refers to the way the nervous system receives messages from the senses and turns them into appropriate motor and behavioral responses. – SPD Foundation

I researched more, and sure enough, a mild version of SPD was an exact description of Holden. I immediately contacted a local Occupational Therapist who specialized in SPD and she worked closely with Holden on his sensory issues.

Holden was eventually diagnosed with a universal language delay by a developmental paediatrician, who explained that this lack of communication could have also caused a lot of the other issues going on.

After two years of multiple sessions a week, as well as work at home, exposing Holden to different life experiences and learning what he needs, he blossomed into an incredible four-year-old ready to start kindergarten. Although he had some anxiety that quickly dissipated with the help of his teacher, he just kept blooming.

Now, at age six, Holden can read and write at his grade level. He is an extremely compassionate boy who is ready to be anyone’s friend and is known as the “peace-maker.” Holden knows how to self-regulate well and is aware when he needs to take a quiet break. This past summer, Holden has been excited to participate in camps and sports; something so social a noisy that he used to avoid at all costs. We have even named this summer, The Summer Of Holden.

Today, Holden has completely overcome his language delay. Has no signs of SPD, other than a more sensitive disposition. Holden no longer requires therapy of any kind. Although he attends tutoring (which he loves), Holden continues to excel in school.

What is the moral of this story? Early intervention is key. Don’t wait too long. Don’t let your pride or ideals stop you from getting your child evaluated. If that inner voice is nagging you that something is just not quite right, listen to it.

I give you, the summer of Holden…

Below is a list of resources, websites and services that we have found very helpful and have played a big part in our journey to Holden thriving and loving life.

These were the cue cards I made to help Holden communicate with us when he was two-years-old. I went around our home and took photos of items and activities, I then laminated the photos. This was to help Holden tell us what he wanted or needed. 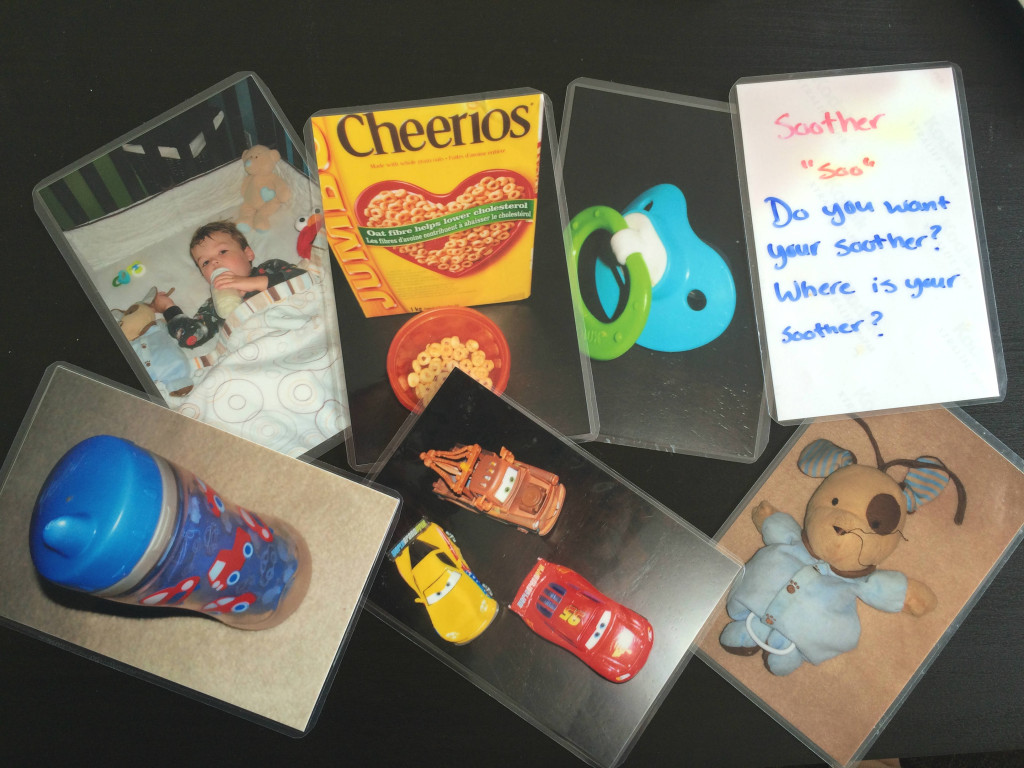 The Out Of Sync Child

Reach Out Centre For Kids – www.rockonline.ca