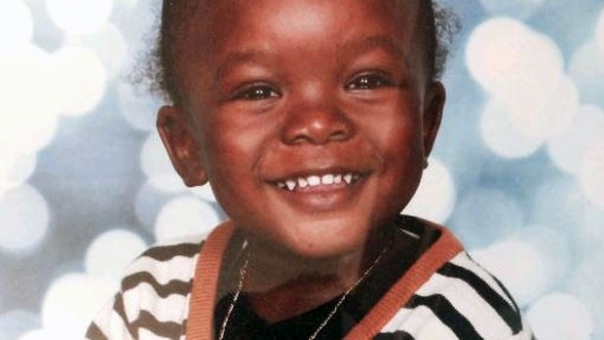 Today is a day of solemn reflection.  Today we remember Elijah Marsh.

That picture haunts at all. That poor little boy. That poor family. He wandered out while everyone was sleeping. They couldn’t have possibly known.

The funeral is a public one.  Elijah’s mother is inviting the community that supported her, both emotionally and financially, through these horrible days.

An online petition raised over $170,000 to help his mother afford a funeral.

We will all remember Elijah and we will remember the way the community came together to find him.  And since tragic news came that he did not survive, the community has continued to step up and support his grieving family the only way they can, through financial donations to help the family.

And his mother is forever grateful. Georgette Marsh spoke to the Star on Sunday and thanked the thousands of people who have helped her. “Thank you to every single person who has thought of Elijah during this time,” she said. “Your love has shone a light on us and his memory lives on through all of you.”

One would think this tragic story would inspire people to be even more vigilant. But, oddly, in the days since Elijah passed away, three more children have been found wandering outside in the frigid cold. The difference in those stories was that parents knowingly left their children unattended. They were entirely negligent. There is no excuse to leave a toddler alone to run an errand. Sleeping or not. It’s not legal and it’s not safe. How anyone would take the risk after what happened to Elijah is incomprehensible.

People have been quick to lay blame, saying there is something, anything, someone could have done to keep this from happening. People are quick to say it could never happen them. But they were sleeping. It was 4:30 in the morning.

And ultimately, what does it matter? A boy was lost. The focus should be on him, his loss, and the loss and guilt his mother must be feeling. People now should support, and only support.

And that is what the community here and well beyond here has done. They have supported. They have helped and they have proven how much good there still is. Those people didn’t blame. They gave. And those are the people who will continue to speak about Elijah and keep his memory alive.

A visitation is being held today for Elijah Marsh.  His family has extended a public invitation to today’s visitation and Saturday’s funeral – CTV News

Leslie Kennedy is a writer and journalist who recently changed career paths and moved into the communications industry. She is a wife and a mother to two children, a daughter age 6, and a son who is almost 4.  Leslie has been blogging about parenting news and topics for the last two years.