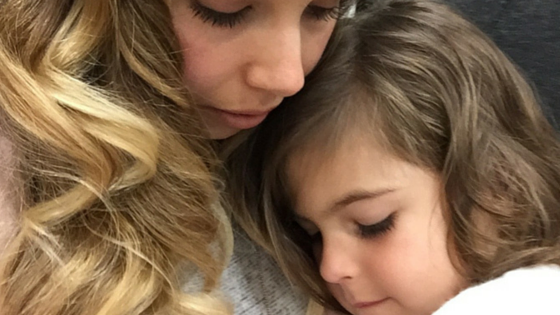 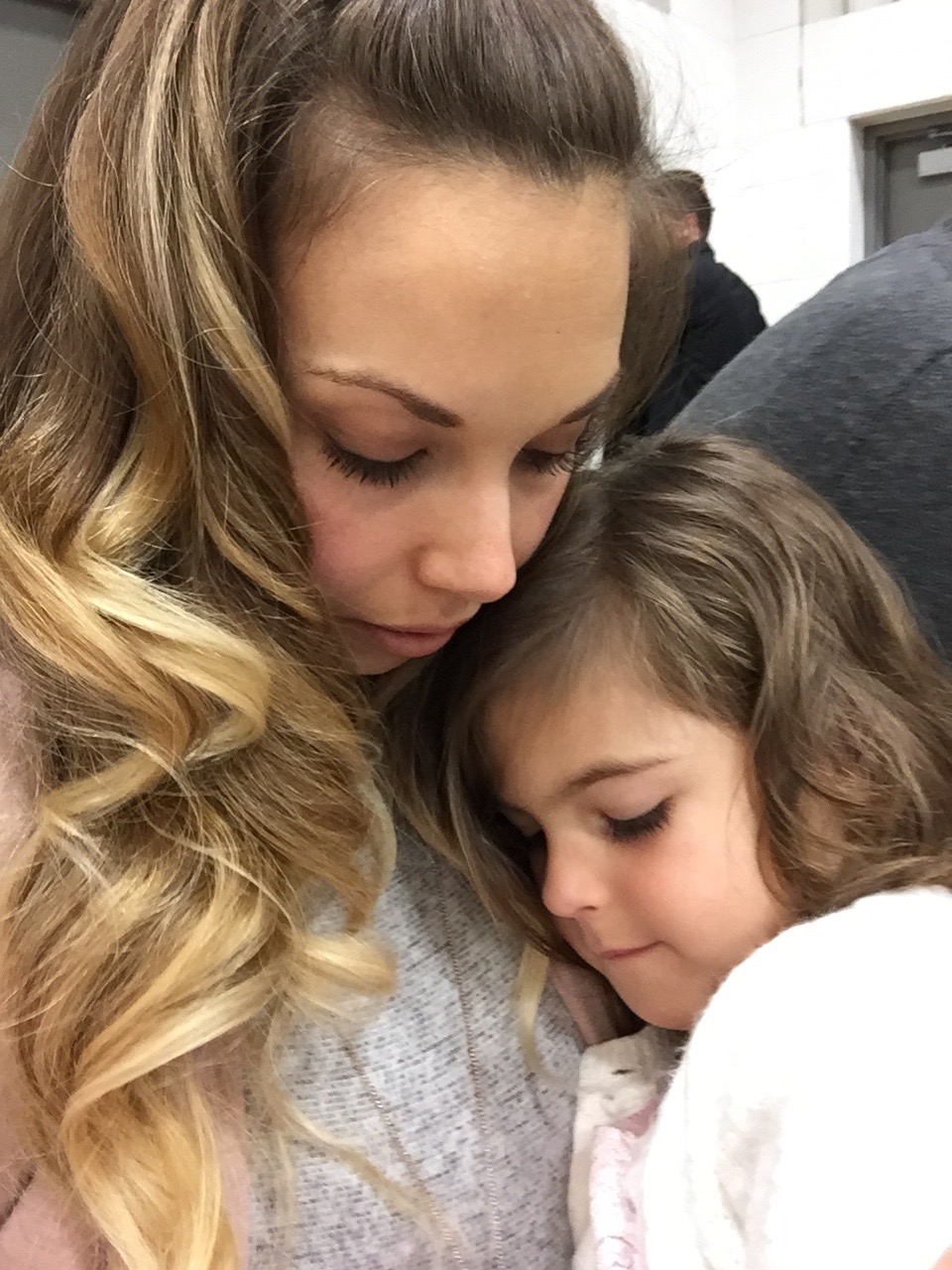 As we sat waiting for my niece’s first communion to start, I watched as Beau, our five-year-old, middle child squirmed in her seat. We had opted to have a babysitter watch our twin toddlers that day since this event was during their nap time. It was rare that I was out with Beau and her older brother Holden, without having to fuss over their younger sisters.

I reached over, picked Beau up, and placed her on my lap. She immediately cuddled into me as I softly kissed her forehead, rubbed her back and played with her hair.

We sat like this for a while, uninterrupted. She had my undivided attention, which was something she almost never gets.

Instead of complaining about how long the ceremony was, or racing around and then melting down like she usually would, she sat so still. Her breathing matched mine, and I could feel her lapping up every second of attention and affection.

Although this moment melted my heart, it also made me so sad.

Having four kids is so wonderful in more ways than I can count. But there is a lot of jugging involved. I do my best to spend time with each child and fit in as much one-on-one time as possible. But unfortunately Beau is the forgotten child.

Beau was a surprise. Before Holden turned one, we had been discussing when we might have our second, only to find out a day after Holden’s birthday that the decision was made for us.

As my belly grew, issues with Holden started cropping up. He was having a very hard time enjoying life, and had a glaring language delay that we had to address.

My pregnancy with Beau was a blur. I only can recall a few moments, and Mike maybe felt her kick once, because we were so preoccupied with Holden.

The day Beau was born is a vivid memory. One that I will cherish for the rest of my life. It’s not the easy labour, or delivery that has taken up a large space in my heart. It is after Mike left to be with Holden and for what seemed like endless blissful hours without any visitors, I held Beau and just enjoyed my girl. 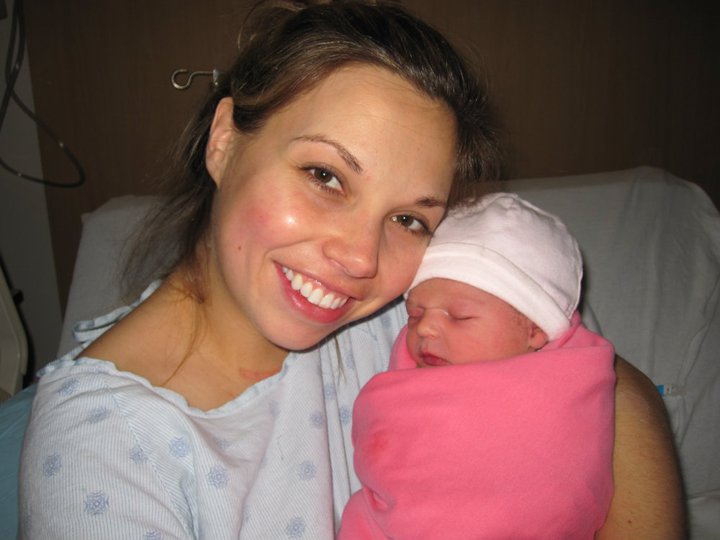 That day in the church with Beau resting her head on my chest reminded me so much of that first day together in the hospital. I just enjoyed my girl.

Beau was always great at entertaining herself, fiercely independent and ready to go with the flow. From a young age we relied on her tough-as-nails personality and ability to adapt, as we focused on guiding Holden out of the dark. 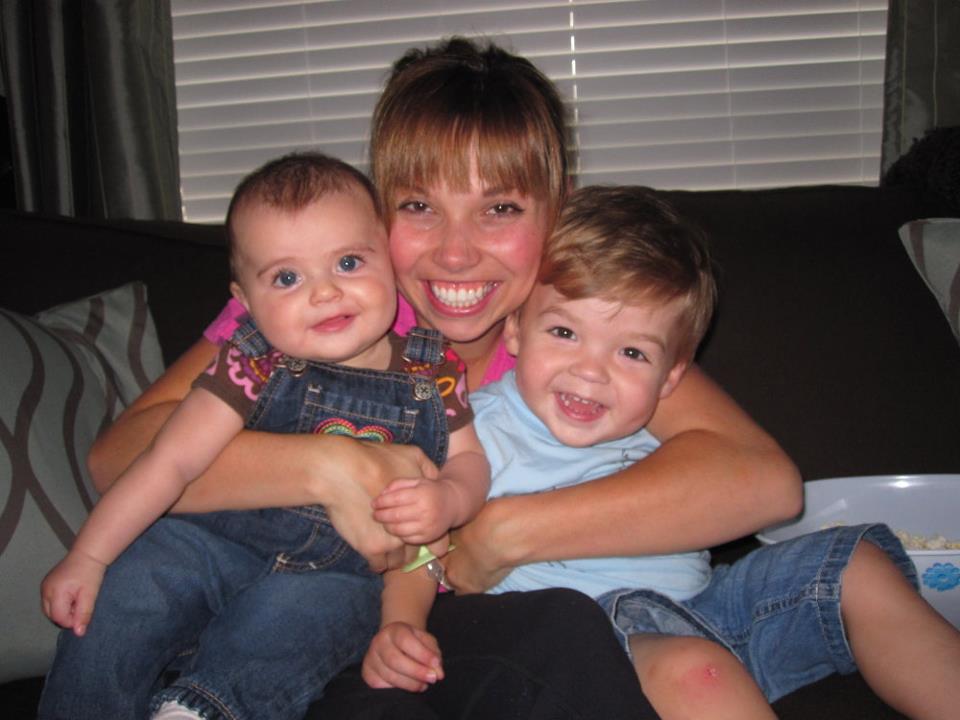 When Beau was 11-months-old, she had the flu. Although she had been sick multiples times in one day, she didn’t seem too bothered by it. She had a placid look in her eyes, and although I was aware she was ill, I didnt think it was anything urgent. So, we went on as usual.

As the day came to a close, I stopped in my tracks, realizing that Beau hadn’t had a wet diaper all day.

I rushed her to the hospital, and sure enough, Beau was very dehydrated and needed IV fluids. Even as a team of doctors poked Beau for two hours, trying to find a vein, she barely whimpered. 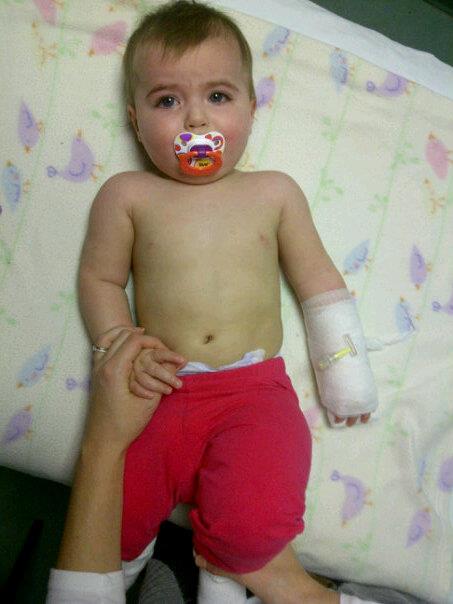 My heart broke for my little girl. I kept thinking, “if only she had complained.” From that day on, whenever I see that placid look in Beau’s eyes, I know to monitor her closely, otherwise she will fly under my radar.

Beau growing up so far is a blur to me. At least up to when our twins were born, when Beau was three-and-a-half. That is when she found her voice, and started to make sure she was heard.

That voice, has many times brought me to my knees. She can drive me crazy, be so stubborn, and is easily the loudest person in our house.

It took her a little while, but she is now carving out her place in the world (and this family) in a big way.

Although she can be trying sometimes, I am grateful that she has become such a force. It’s not easy being the middle child. I know. I was her too.

For a long time, I always compromised, apologized, kept the peace and flew under the radar.

I applaud Beau for insisting the sky is green when we tell her it’s blue. For turning up her volume when we ask her to take it down a notch. And for being the pack leader among all four of our kids.

The days following our lengthly cuddle, I noticed a shift. Beau was still loud, and still leading the pack, but her meltdowns were almost non-existent. Her emotions didn’t always resemble a rollercoaster, and a calm confidence started to emerge.

Since that day, I am remembering the forgotten child. I am not only relying on our occasional one-on-one time together, or our bedtime routine to connect. I am grabbing her as she bounces by, multiple times each day, and sitting her on my lap, as I softly kiss her forehead, rub her back and play with her hair.

Watch as Beau has found her place….