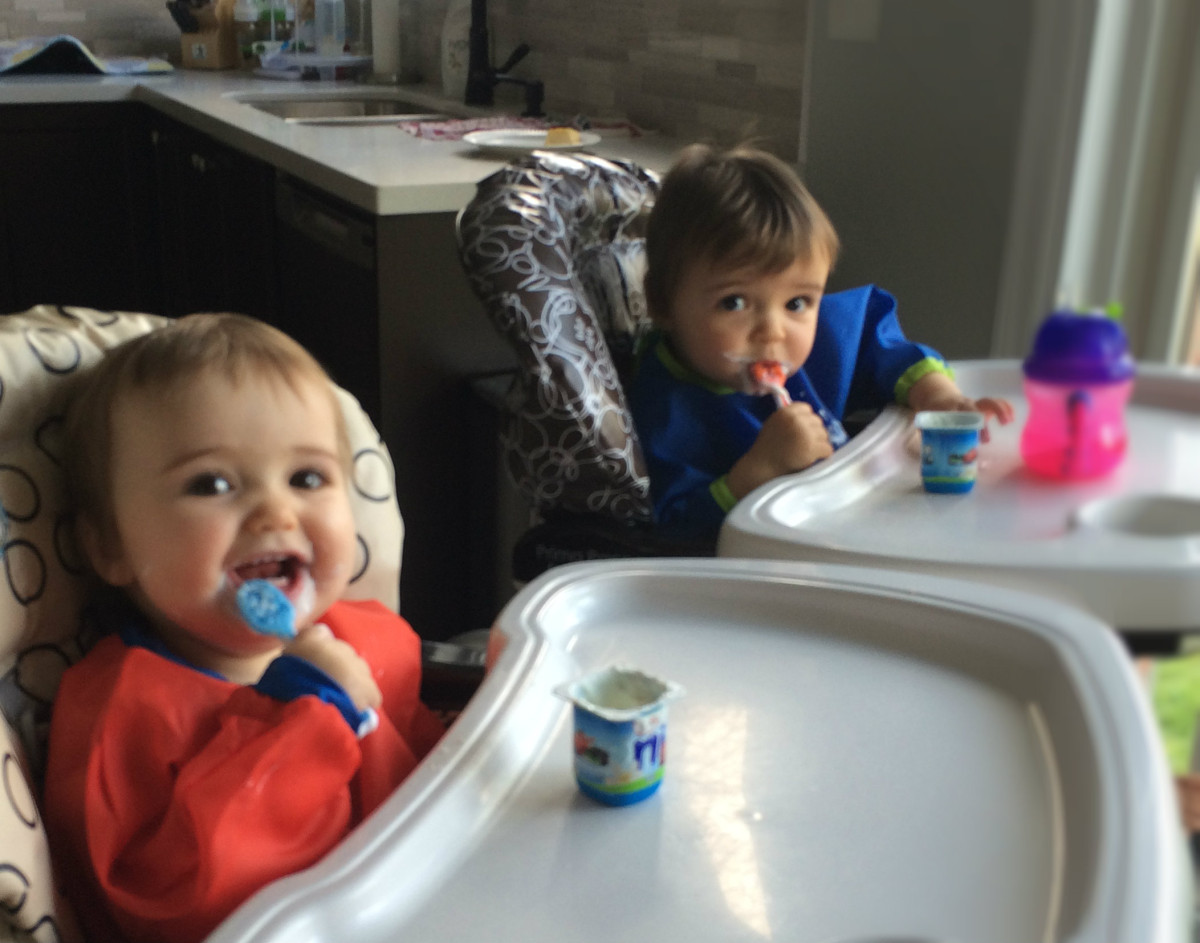 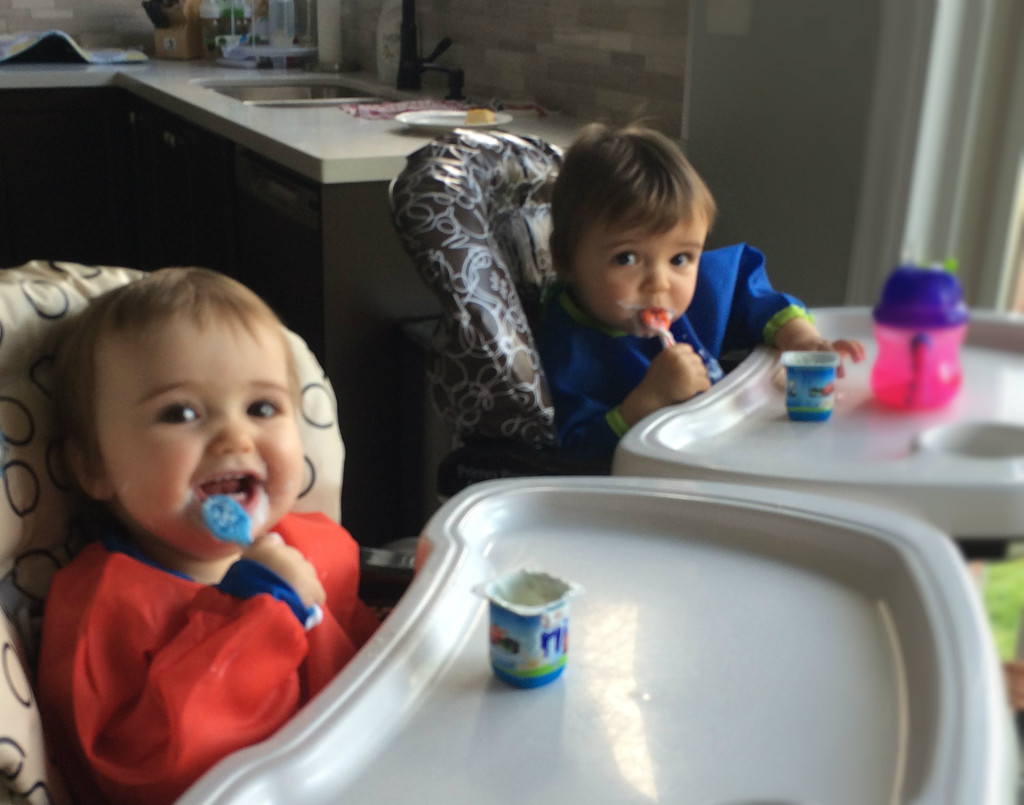 Sometimes the most simple concept makes so much sense. We have reached a very exciting (and messy) self feeding stage here. When Mia and Everly turned six months we tried Baby Led Weaning and after many, many unsuccessful attempts I gave up and switched to purees. I went with my gut and it paid off. By eight months I started offering them table foods such as large apple halves to munch on. From that point on we’ve moved almost exclusively back to BLW.

I am now loving the time it is saving me not spooning each bite into their mouths. Thanks to our friends at Smashing Baby, Mia and Everly were able to try yogurt for the first time in style! With Num Num GOOtensils. I am now obsessed with this genius idea! Check out the design of these dipping spoons, and hey, anytime I can get our twin girls to self feed then I’m a happy mama! Check it out: