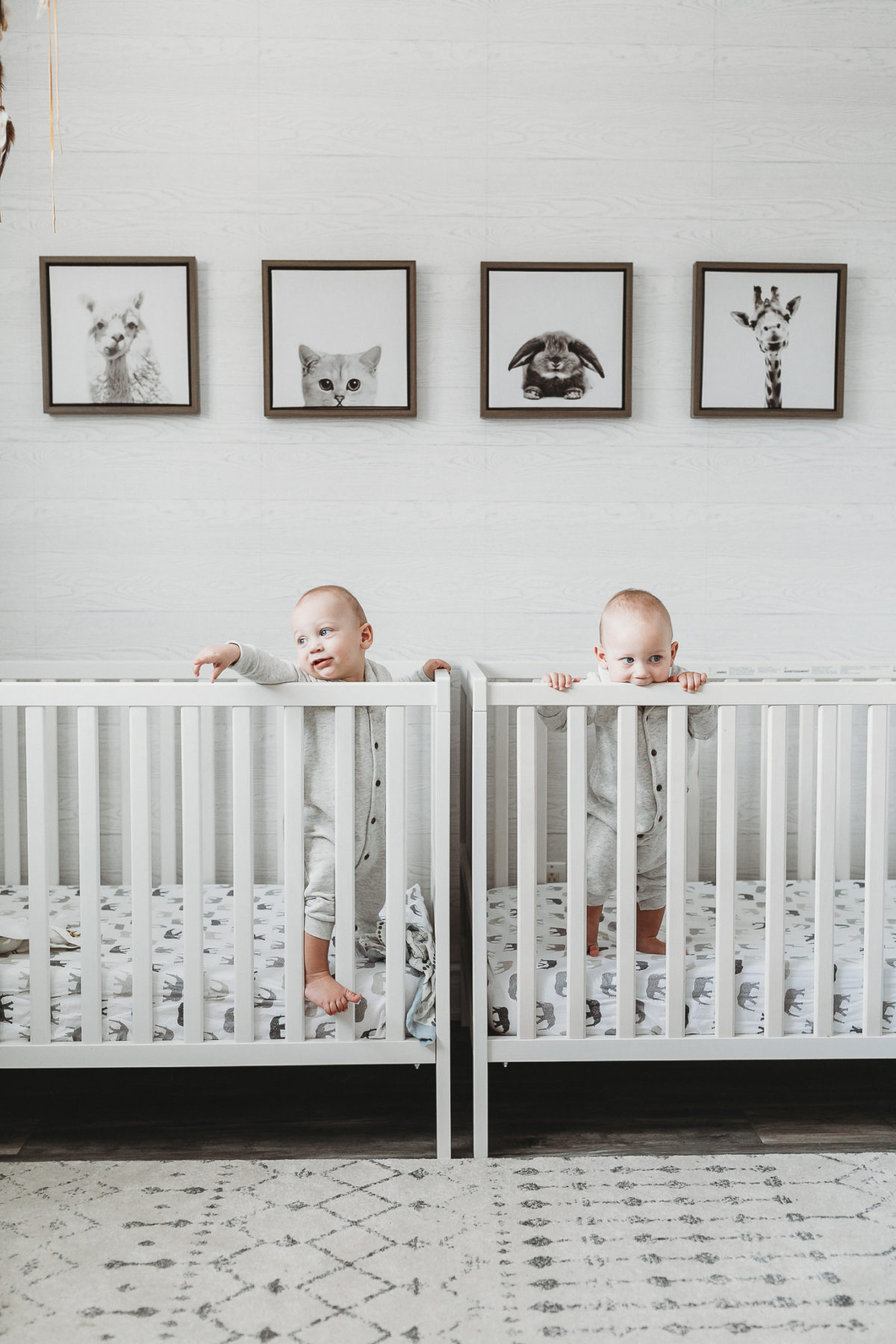 Before becoming pregnant with twins I had no idea how complex the science behind twins is. I thought there were only two categories: identical or fraternal. I also thought like many people, that twins were mostly the result of genetics or that they run in families. So, as you can imagine that when I found out I was having twins and that there were different categories of twins my mind was blown.

At 12 weeks pregnant I was told, to my great surprise that I was pregnant with not one but two babies. You can read about my reaction here. When the ultrasound technician told me that I was carrying Di-Di twins, I looked at her like she had two heads. She quickly explained to me that both babies had their own sacs and placenta and that they were the “lowest risk” type of twin pregnancy because they do not have to share anything. She explained that there were likely fraternal – meaning that two separate eggs had been fertilized which resulted in my carrying two babies at the same time, also known as Dizygotic twins.

I went home and quickly looked up Di-Di twins, technically known as Dichorionic Diamniotic to discover that these are the most common type of twin pregnancies with the least amount of complications. I also assumed from my limited research that it meant I was having fraternal twins.

Fast forward five months later when I gave birth to both boys. In the midst of the chaos I remember my husband asking the doctor who delivered the babies if they were identical or fraternal twins. The doctor stated that they were not identical as they had both their own placentas and sacs. At his word and what I had read about Di-Di twins I blindly assumed that I had given birth to fraternal twin boys. I also never questioned it because as young infants they looked quite different to my husband and me.

It wasn’t until the boys hit the 4 month mark I started to notice that they were really looking alike. Everywhere we went people assumed they were identical and we were beginning to mix them up once and a while. I was on a Facebook Twin Group where moms were posting pictures of their twins and others had to guess whether they were identical or fraternal. When I posted a picture of the boys every comment was that they were identical. I immediately started looking into whether or not my not-so-different twin boys could possibly be sharing the same DNA. I had heard about companies that tested twins DNA, known as a twin zygosity test to determine whether your twins are identical or fraternal. I ordered the test where I easily provided a few swabs from the inside of each boy’s mouth and awaited the results. After a couple weeks the tests came back that indeed the twins shared the same DNA thus making them identical.

I was happy to have some answers but I was still confused as to why both the ultrasound tech and the doctor had assumed that the twins were fraternal. I found out that identical twins occur in approximately 25% of Di-Di twin pregnancies. However, I was never told this and as time has gone on I have realized many people are being misinformed of what type of twins they may have.

This whole process has opened my eyes to this complicated world of twins and I hope it may help some other moms who may be learning about their own twin journey as well.

Fallon Melander is a thirty-something wife, reformed lawyer and mother to twins plus one. As a survivor of anxiety and depression, she hopes that by sharing her story she can help to inspire and bring others together.