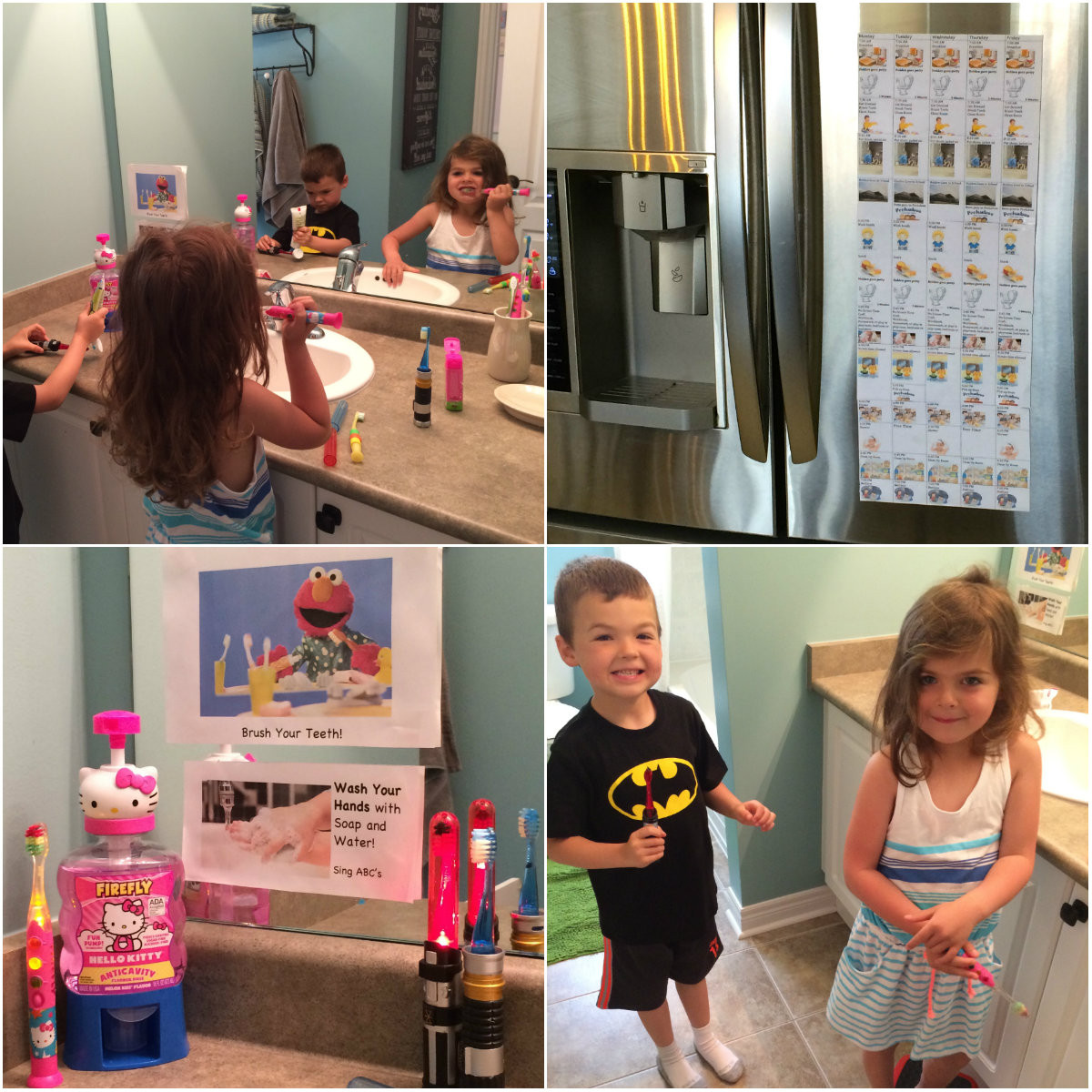 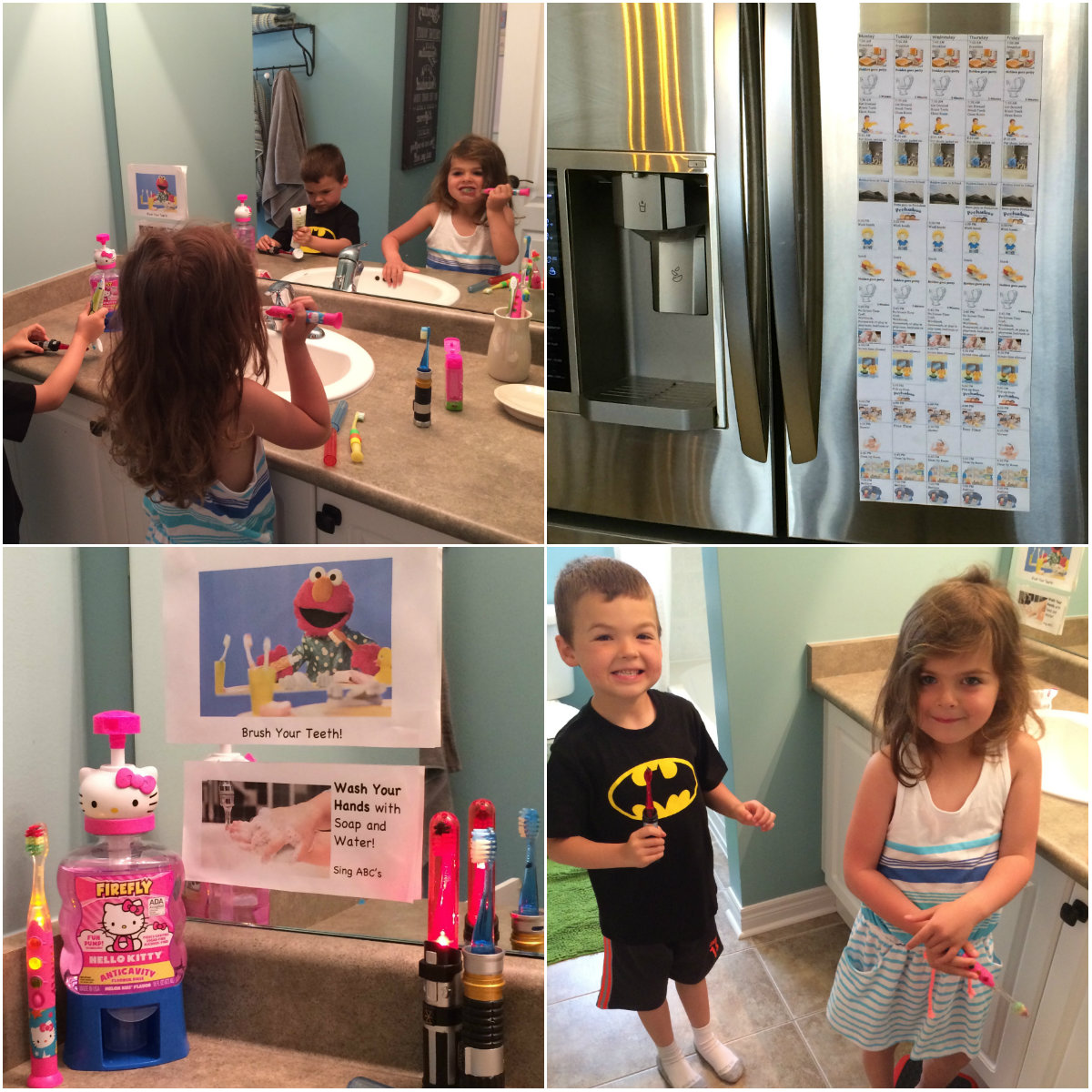 There tends to be so much focus on getting babies onto a schedule that we sometimes forget that older kids need structure too. This became very apparent when our twins were born and my two older kids, (ages five and three), were having meltdowns, forgetting to brush their teeth, having way too much screen time and getting constipated all of the time. Not to mention my husband and I were starting to bicker as a result of the chaos. I knew that something had to change!

I decided to make a tailored schedule for our older kids, complete with pictures, so they could go to the schedule and understand it themselves. This particularly worked well with my son who used to pester and start an argument with me right after school everyday. I always knew that he was hungry and needed a snack first, but we would start into it everyday. Once I had the schedule up, I would just say, “well, let’s check what the schedule says,” knowing the schedule said to wash hands and have a snack. We never argued after school again. 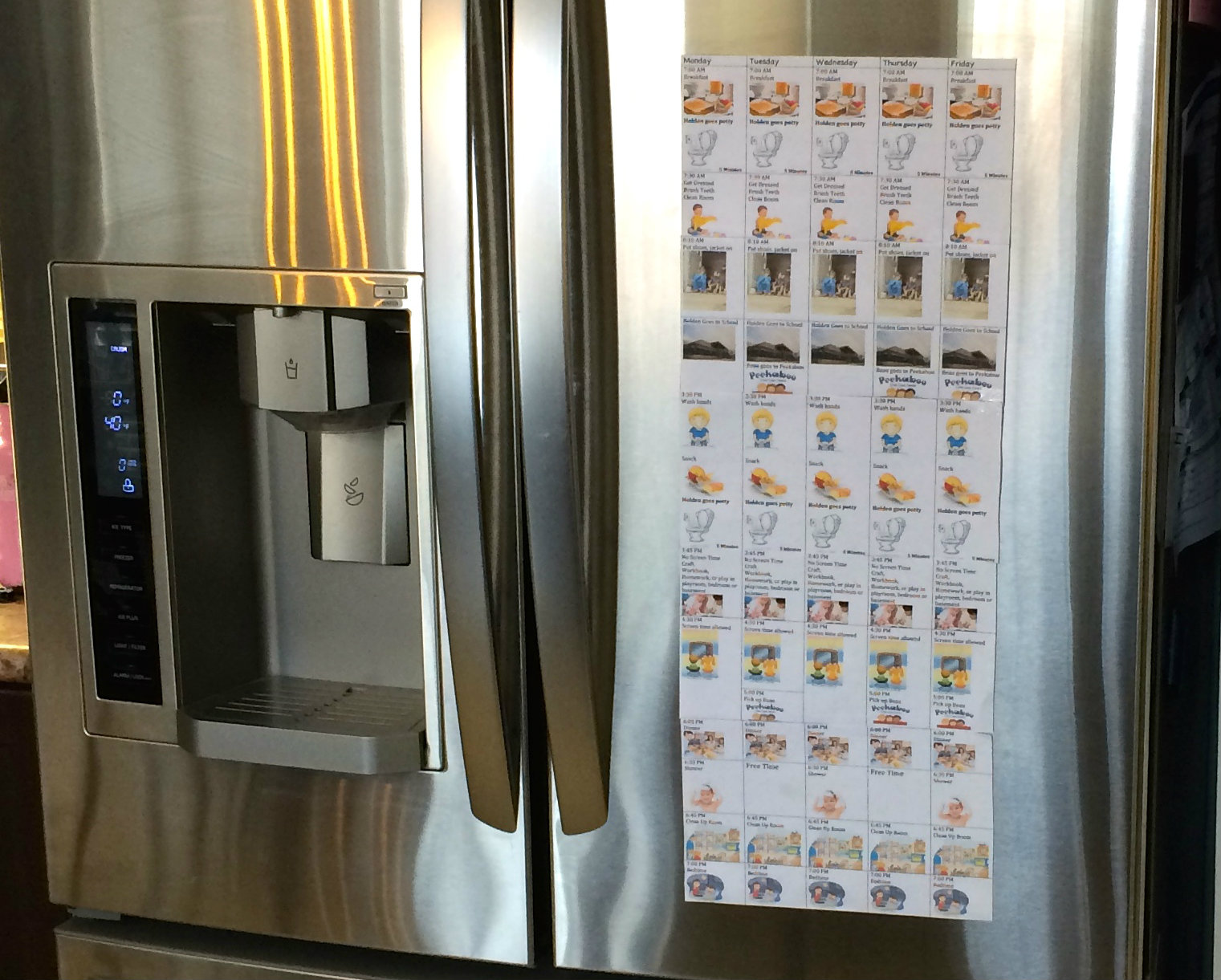 Let me explain the constipation part. My kids would typically hold it in and not want to stop what they were doing to have a bathroom break. With the schedule, I just built it into our day. I also made sure I built in hand washing, especially with newborns in the house.

This schedule may seem a little rigid but it was a sanity saver. We aren’t currently using the schedule, but I am planning on updating ours for September to get everyone back on track when the new school year starts. This type of schedule may work better for some kids, more than others.

Another way I have been able to help our kids be more independent, was by adding signs around the house to remind them of what they should be doing. For example, in their rooms I added a sign reminding them to clean their rooms, which I stuck near the light switch. In the bathrooms I added signs to remind them to wash their hands, and in the kid’s bathroom, I added a sign reminding them to brush their teeth. Each of these signs have a picture illustrating the task, so even Beau, who can’t read yet, can understand the message. 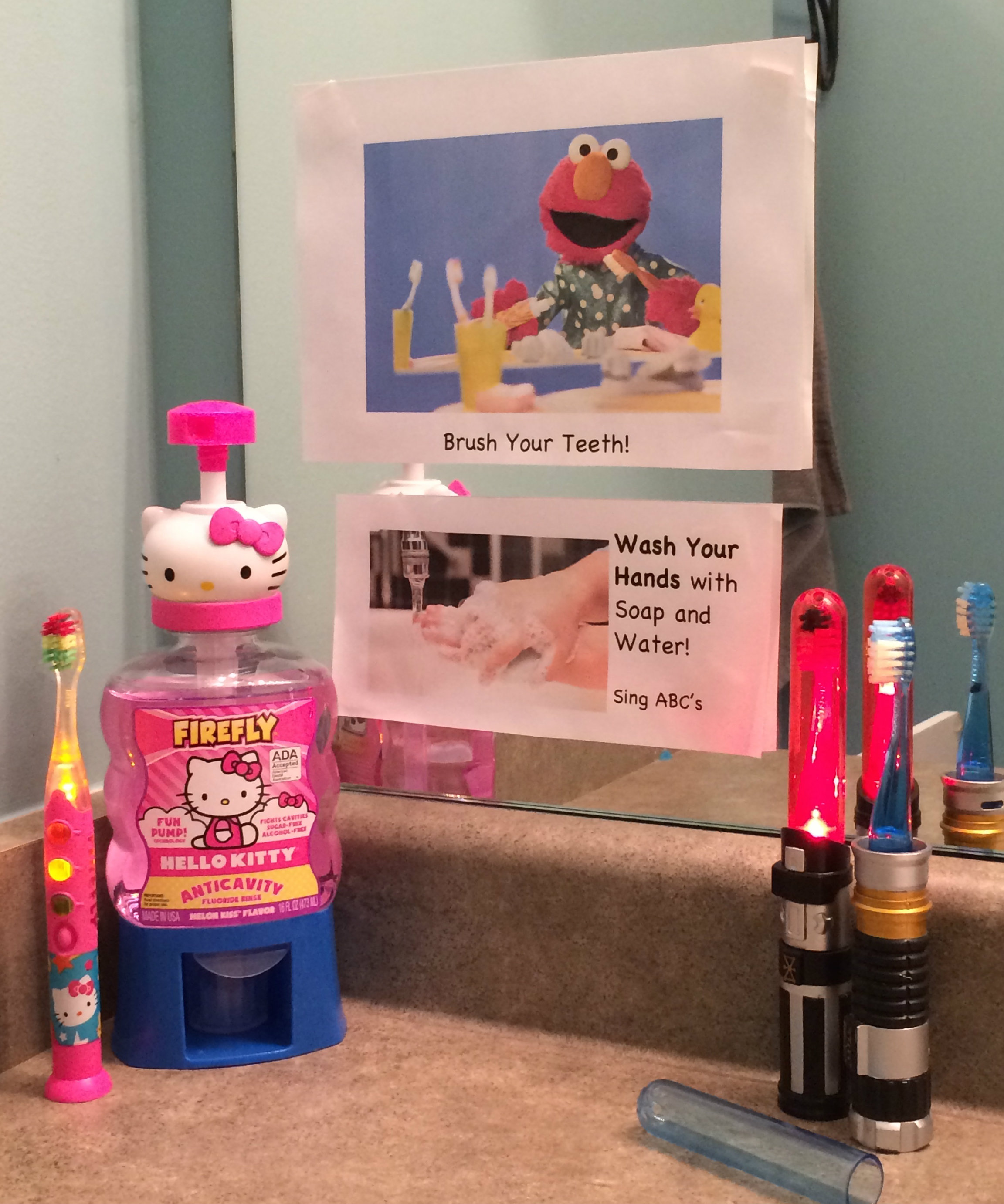 Thank-you to our friends at Firefly for giving us these awesome toothbrushes and mouthwash!

I have included a FREE download of our schedule below. I encourage you to customize it to your day and add photos of your kids doing each activity!