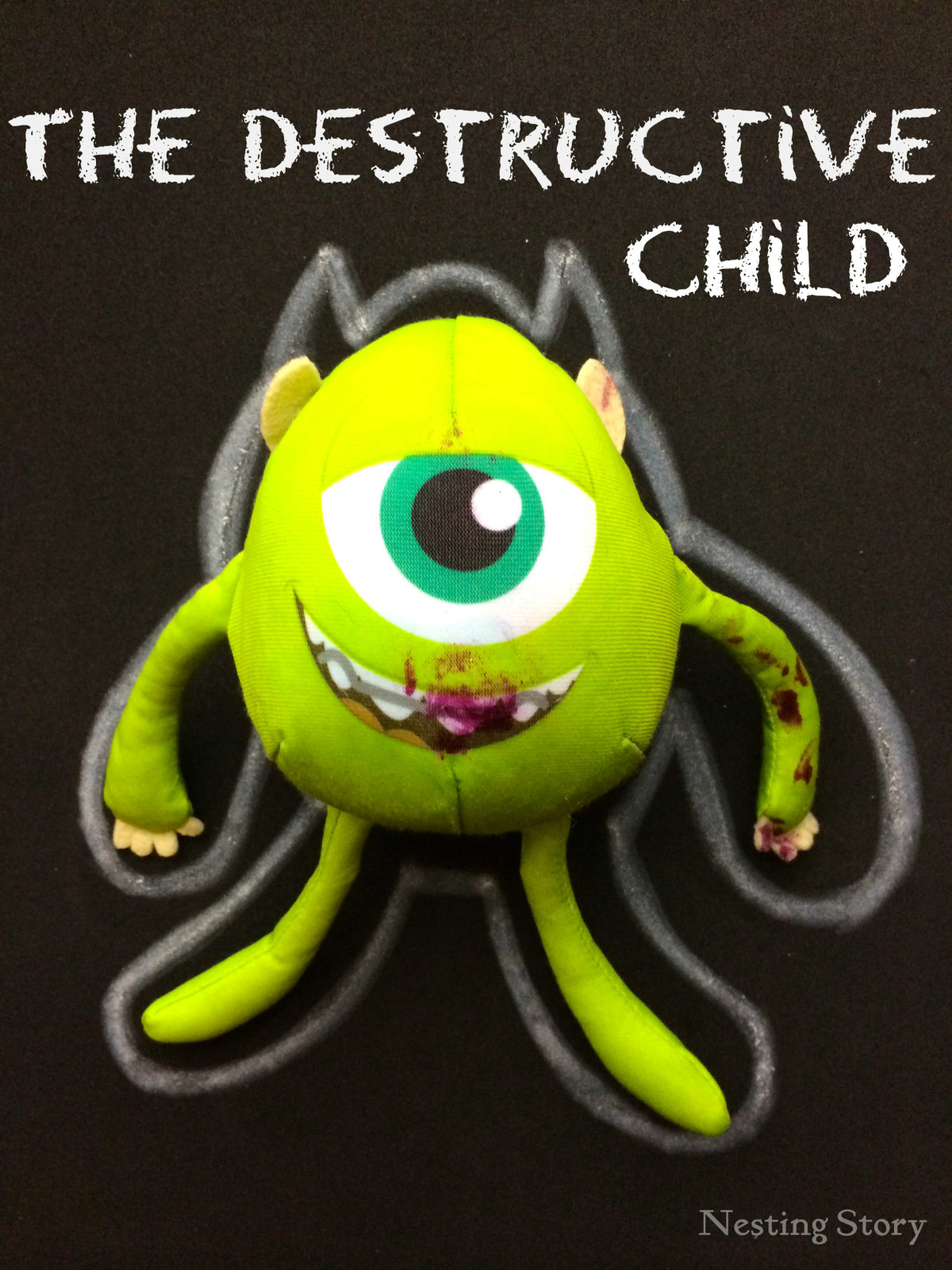 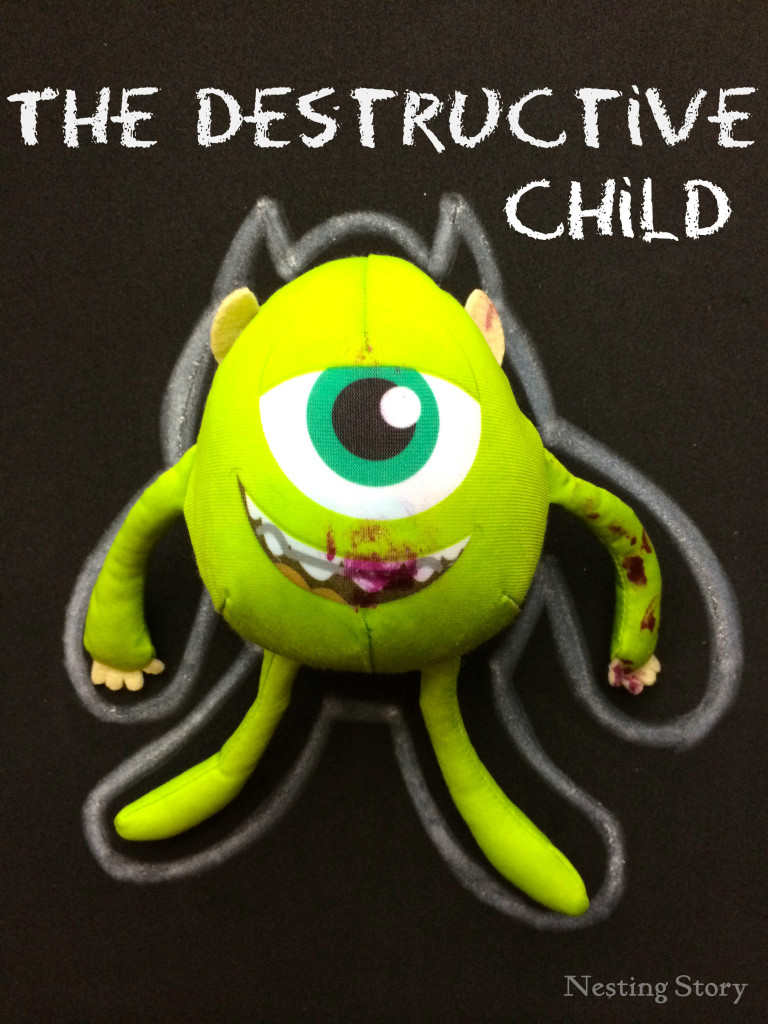 I am interrupting my scheduled blog posts to use Nesting Story as my therapy.

I have been doing a lot of deep breathing lately.  No, I have not taken up meditation or yoga (although I probably should), I live with a three year old.

My daughter Beau joined our family smiling and full of life and laughter when we needed it most.   She has an incredible way of cracking me up, like the time she yelled to me in the middle of Walmart “Mommy, remember how I used to drink from your boo boos?”  or when she will spontaneously do a hilarious imitation of either someone’s voice or a funny character. 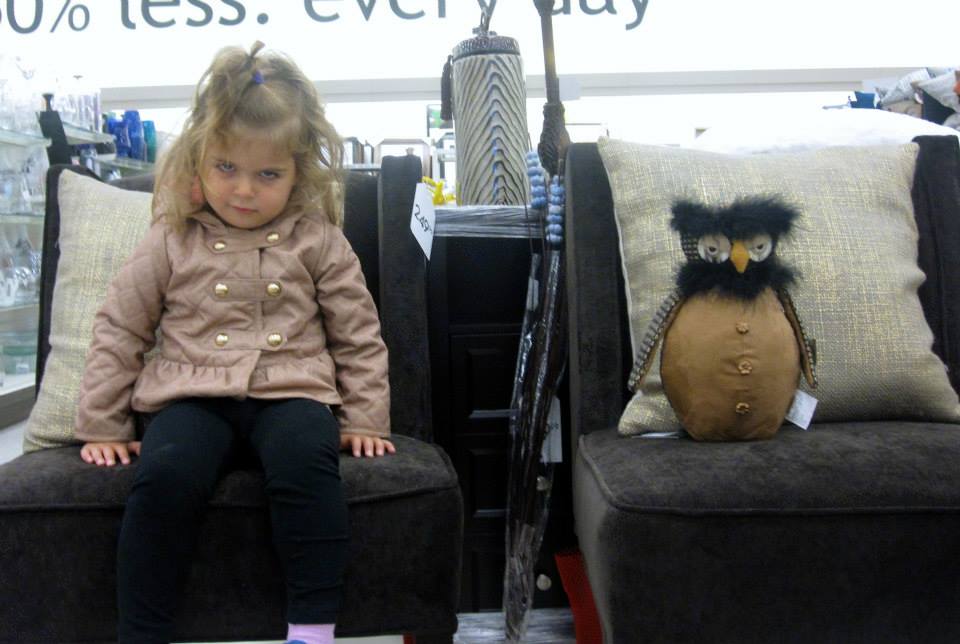 She is also the most incredible little ballerina.  Her natural dance ability is astounding!  She does not get it from her daddy or I, we do not have a rhythmic bone in our bodies.  I could watch her dance for hours.  But what comes with all of that vibrance and energy is this insatiable need to destroy.  Hence her perfectly anointed nickname from her cousins: Beau The Destructor. 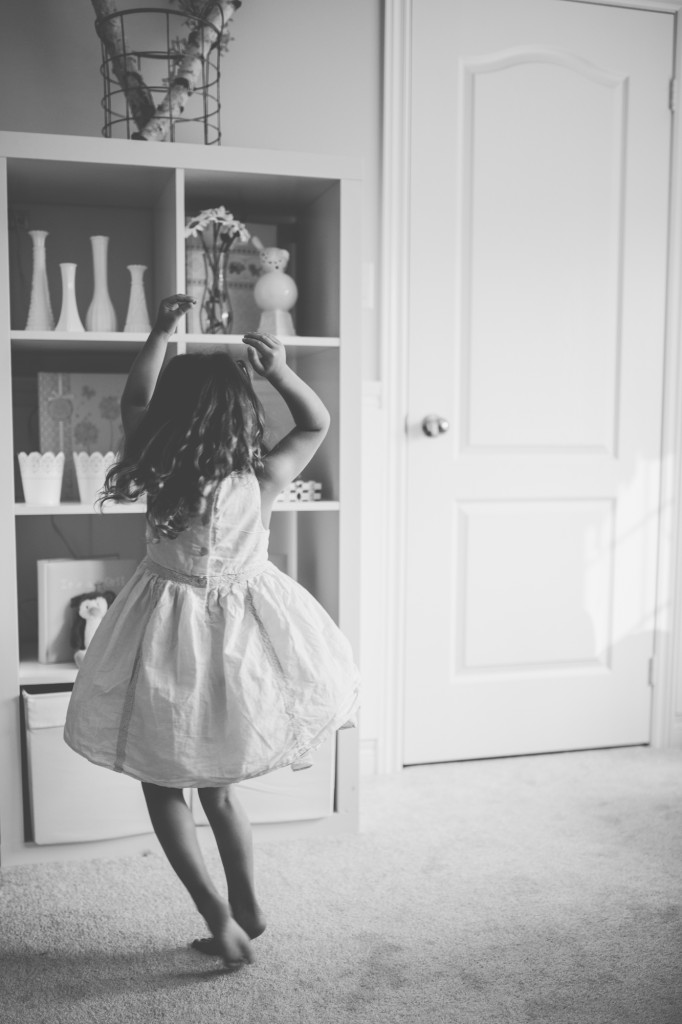 Do you remember as a kid having those AMAZING ideas that were so imaginative and so original but required some property damage?  Like the time my little sister and I hid out in our next door neighbour’s yard for a week while they were on vacation and created a club house complete with decorating by ripping up their entire rose garden?  Beau has those ideas multiple times a day.

The day we arrived home with her twins sisters from the hospital I was able to take our fresh new babies right up to their nursery after quickly greeting their brother because we were told by the babysitter that Beau was having a nice long nap.  Perfect timing I thought.  I proceeded to settle in for a tandem nursing marathon.  I started to think it was a little odd that I could hear muffled whispers and vacuuming from down the hall.  I decided to venture out of the nursery to see what was going on.  As soon as I opened the door the smell walloped me… baby powder.  Beau had been entertaining herself in her room by shaking out an entire large bottle of baby powder.  She even managed getting it into every crevice of every toy.  She has it down to an art.  Of all the days to pull a stunt.  To this day I am still impressed with how well Mike kept his cool.

Since baby powdergeddon Beau seems to always be trying to one up her last masterpiece.

Recently Beau decided to get out some nail polish and give her teddy a pedicure.  She kept it tidy so we laughed it off and told her not to do it again. 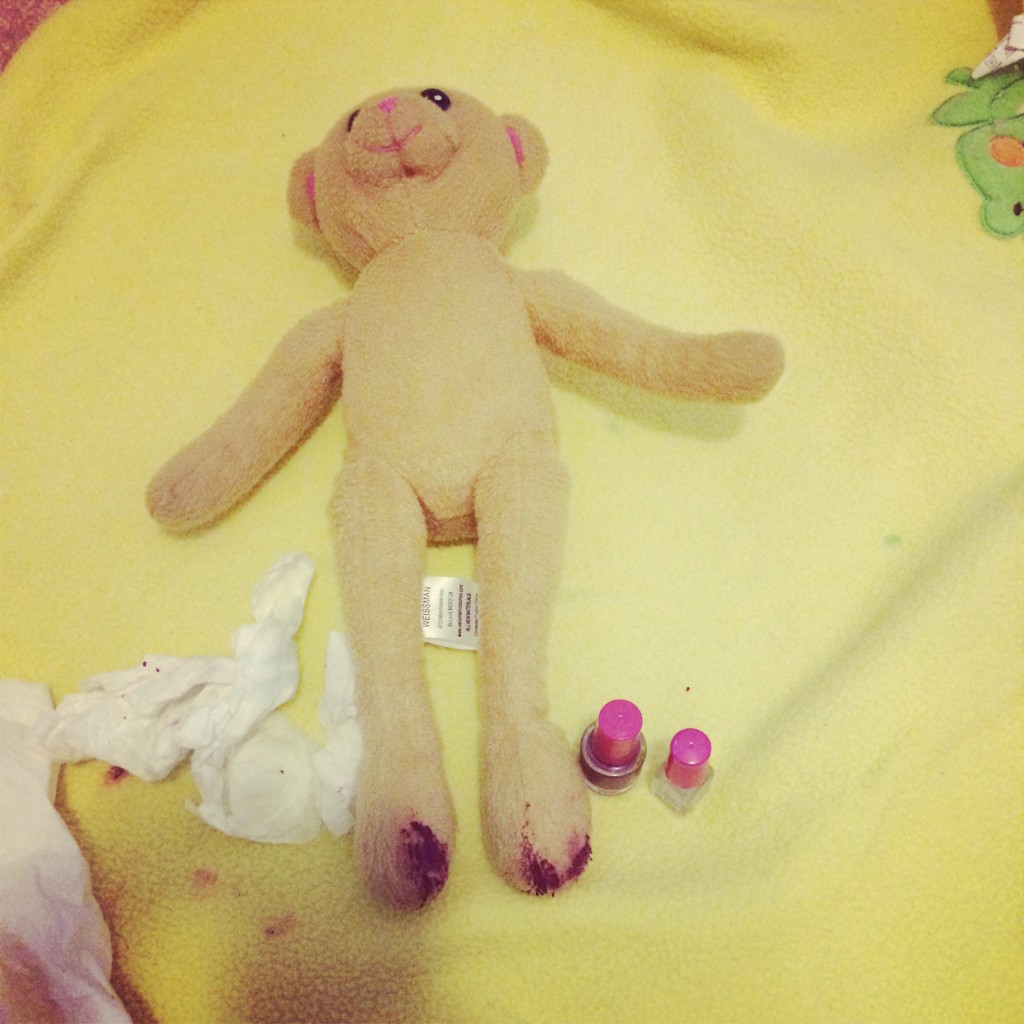 The next day Mike and I were enjoying a nice visit with his parents in our kitchen and thought Beau was playing quietly in our playroom.  As Mike’s parents were leaving and heading towards the door the audible gasps started to escape all of our mouths.  Picture a horrific crime scene, only the pools of blood and splatters on the wall was nail polish and gooey lip gloss.  It is with a heavy heart to tell you that Mike Wazowski didn’t survive the massacre. 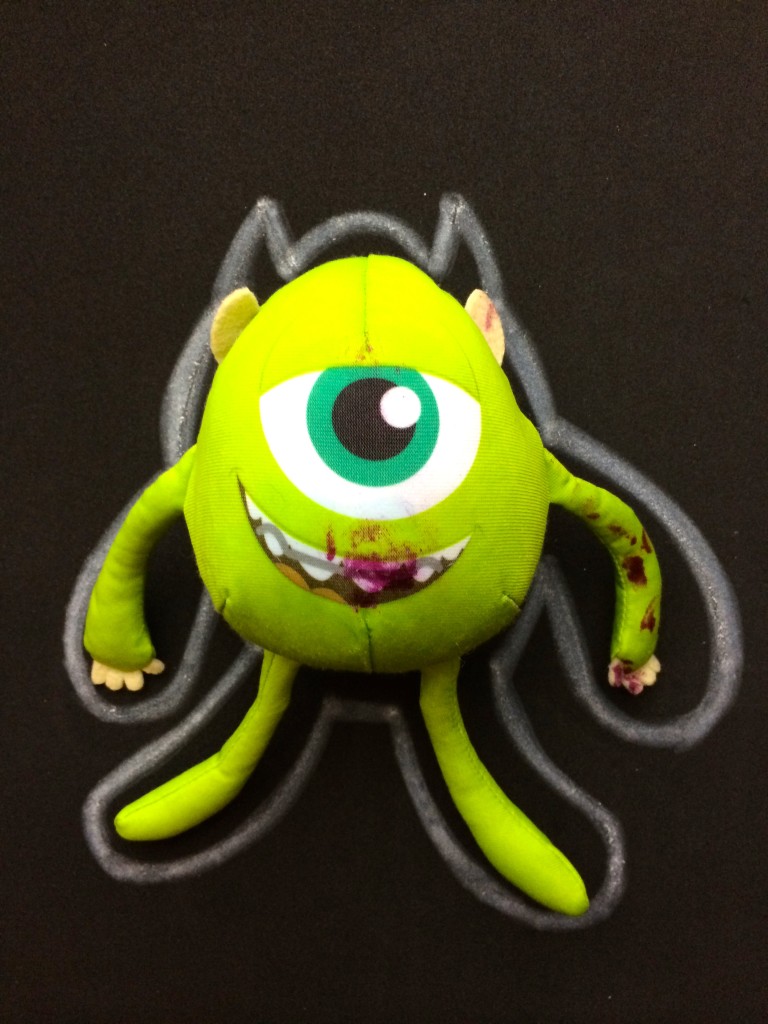 The days that Mike is at work and Beau is home, the most peaceful showers I have is when Beau is at the door banging and yelling for me.  It is a scene right out of the Shining, but at least I know exactly where she is.  Today as soon as I turned the water off and stepped out of the shower it was eerily quiet.  “Beau???”  I called out.  That’s when the door opened and me standing there still dripping wet screamed!  Yes, that’s right she has now mastered lock picking.  I am just praying she doesn’t have a future in B and E’s.

The last few days have been a small improvement.  I have not let Beau out of my sight, and have doubled the amount of activities I would typically provide for her each day.  Beau is like an energetic lab puppy; if you don’t walk her 50,000 times a day she will eat your sofa.  It’s been exhausting and I am counting down the days until September, when she starts Kindergarten.

I’ll let Beau dance us out…

Sorry for the vertical angle, my bad!