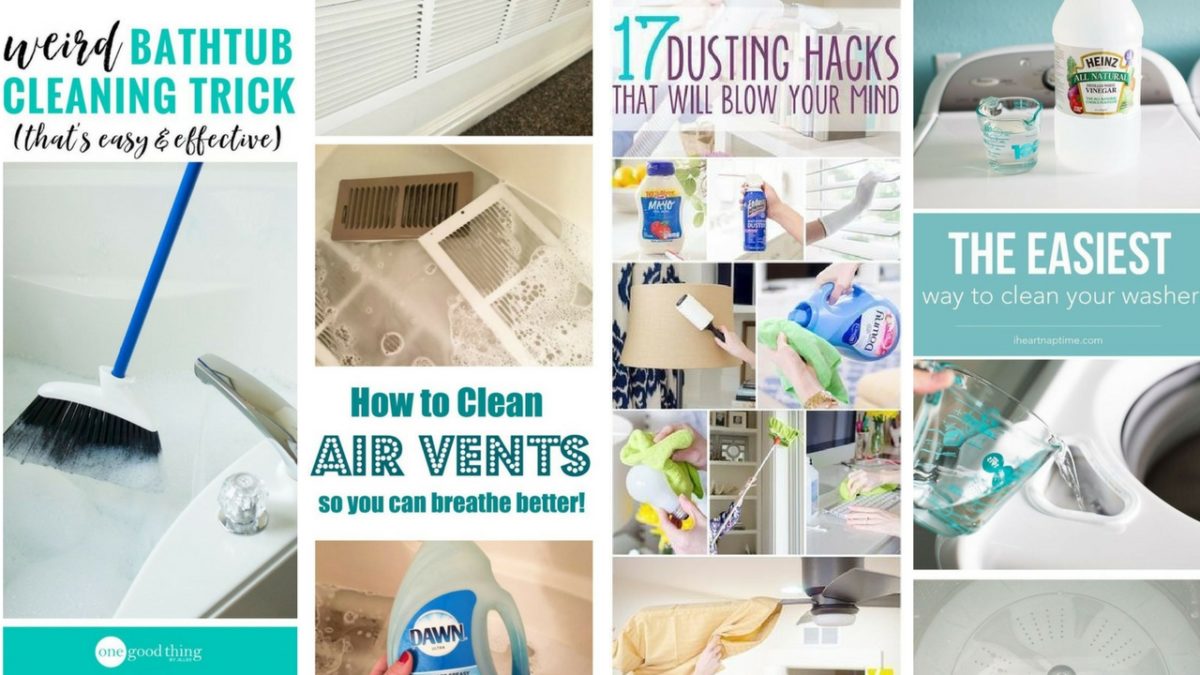 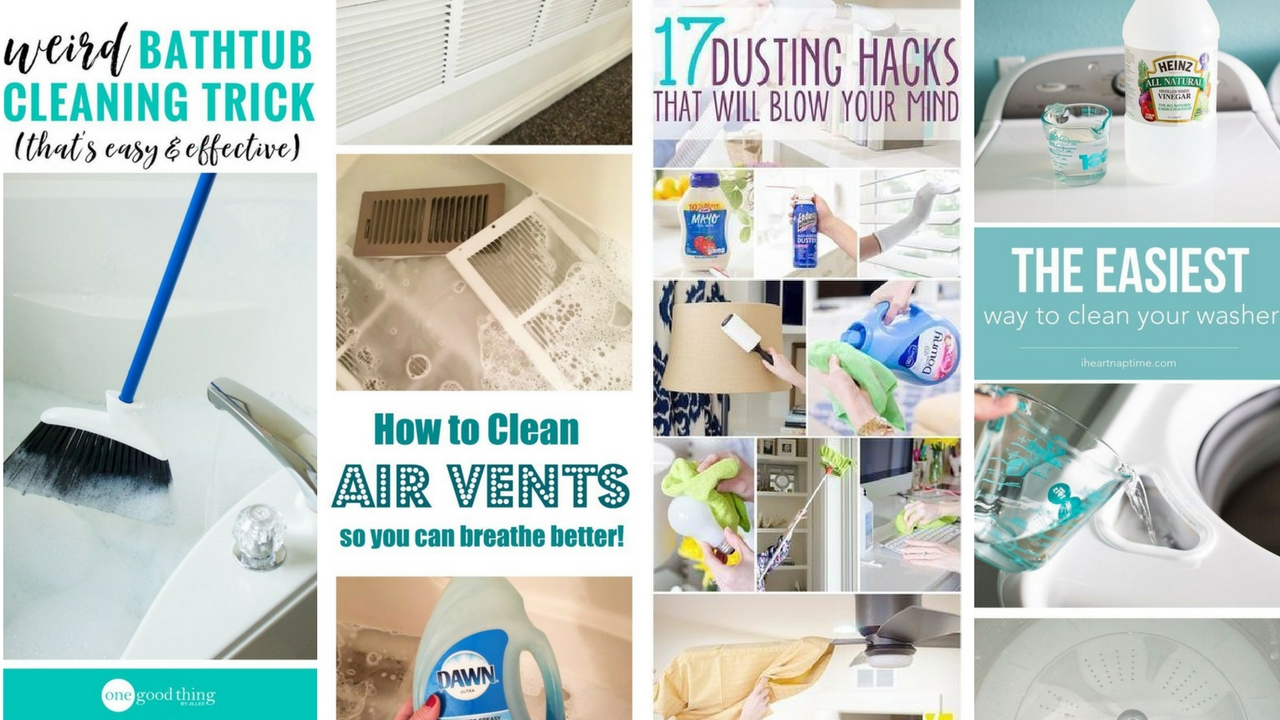 Finally, the warmer weather and sunny days have arrived. That means it’s time for everybody’s favorite time of the year-spring cleaning!

Can you sense the sarcasm here?
Don’t get me wrong, I love it when my house is clean, and I’m not adverse to getting my hands dirty, but spring cleaning usually means there’s a lot of hard work to do.

All winter long I’ve been in maintenance mode, keeping things clean on the surface while anticipating the annual spring clean sprint. It’s the time of year we can really do a deep clean of those forgotten and neglected areas of our homes-which can be time consuming and exhausting. So why not break it down into a more relaxed and less daunting schedule?

I’m going to tackle different areas of my home that need a good scrubbing, over the course of 7 days.

DAY ONE: The Bathrooms

Ok I admit it, this is my least favourite room to clean (and it’s probably yours too). So why not get this one out of the way first and be done with it?

Now I do a standard cleaning of the bathrooms about once a week, so let’s forget about the obvious gross area (the toilet) and look for what hasn’t been done in awhile.

Scrub the bathtub-while standing up.

We spend much of our time in the kitchen preparing and enjoying meals together. While the surfaces are wiped down daily, it still could use a little TLC to really make the room sparkle.

Scrub dirt and grime off your cabinet doors.

Purge and Deep Clean your fridge.

Clean the drain (do this in the bathrooms too).

Make your rooms brighter and let the sunlight in by cleaning all the dirt off the windows.

Get the gunk out of the tracks.

Get a streak free shine.

Now that the light is spilling into your home through clean windows, you might notice a little (or a lot) of dust, dirt and pet hair on your floors.

Clean the baseboards and keep them clean (with dryer sheets!).

Get rid of dust and dirt build up in the vents.

Dust every surface with these neat hacks.

Clean your washer for cleaner clothes.

Get outside and enjoy the spring weather-and make your house look good while you’re out there.

Give your car some love.

And that should just about do it!

Tell me, what areas of your home need the most attention come spring?

For more spring cleaning inspiration, head to my YouTube channel and check out my recent video on Spring Cleaning! 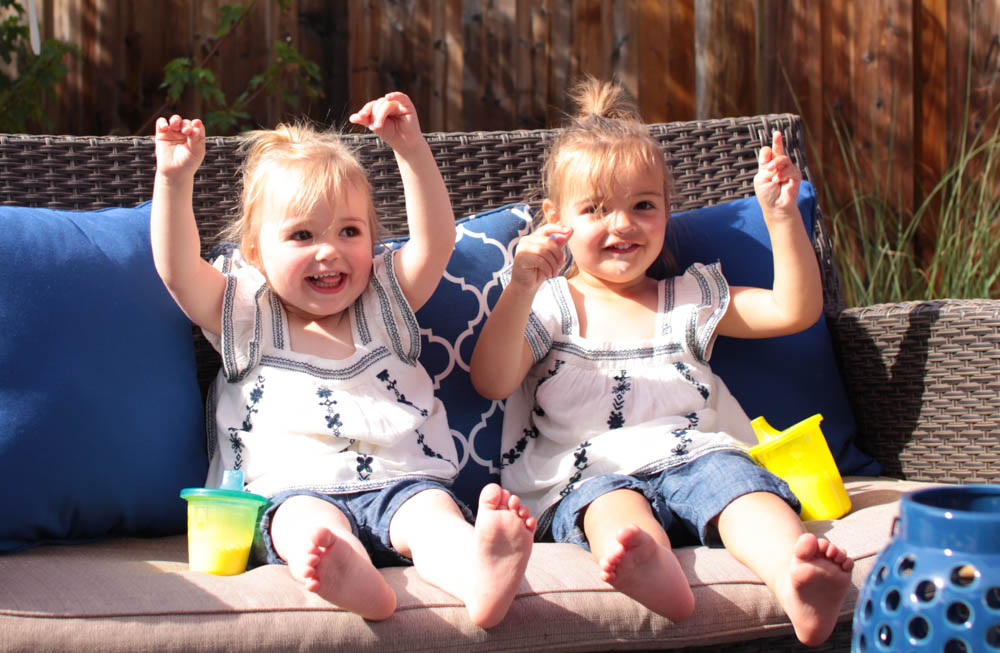 It was inevitable. I had to have seen it coming. But I don’t think I was ever prepared for the magnitude of what was about to happen to our lives.

The weeks leading up to finding out we were expecting twins were marked with unusual fatigue and illness which was peaking my suspicion. At the time I was running my mural painting company and business was booming. I had two large scale murals to paint and from the moment “you are having twins” were spoken by the nurse after my seven week ultrasound, I felt sick. 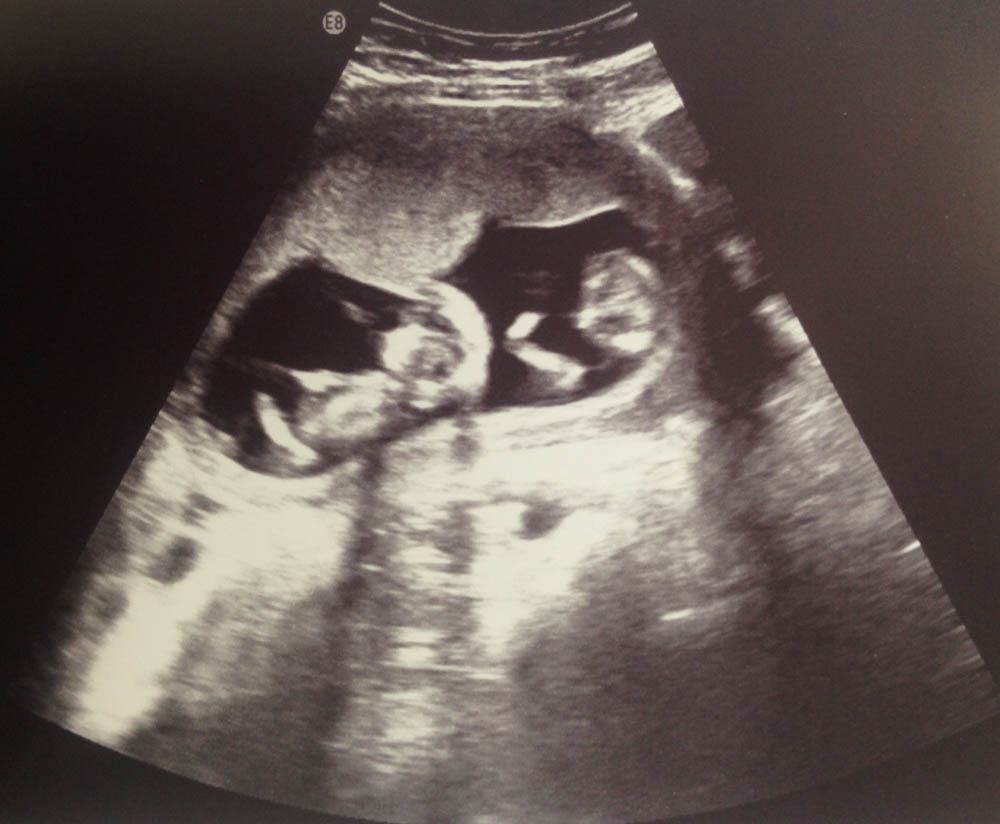 I pushed through. I would climb up on my ladder, paint for twenty minutes and then climb down, eat a snack and lay on the carpet (the home-owners were away, thank God) and pray I didn’t throw up. Then I would start the process all over again. This went on for days. 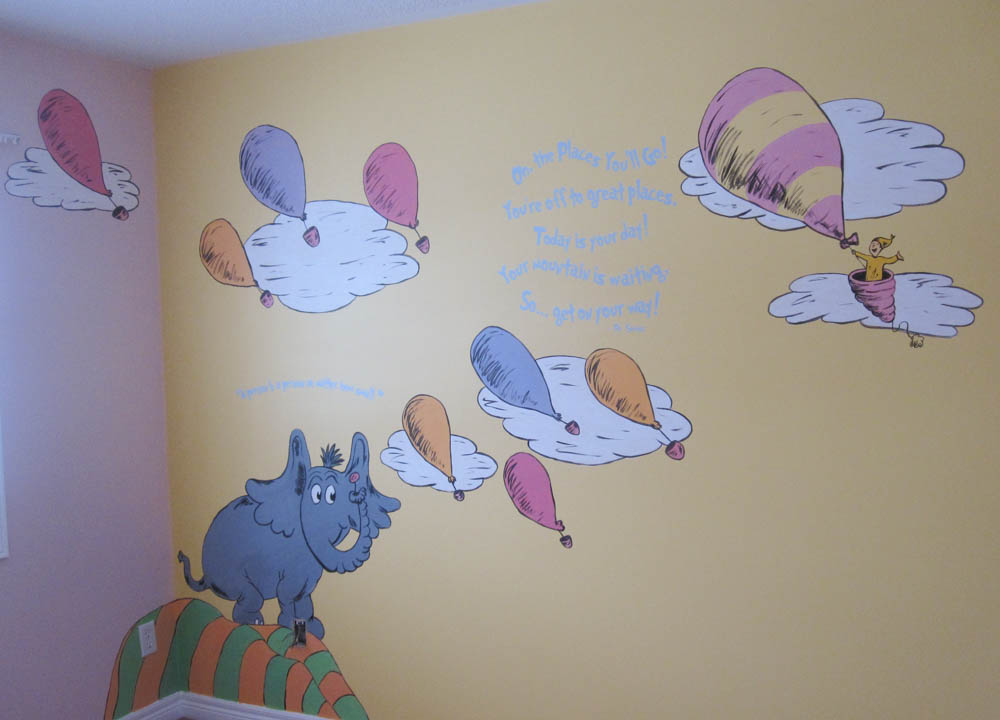 When I would arrive home after a long day of painting I would collapse. Forget the housework, forget cleaning, I needed to rest.

“If I could just make it to the second trimester.” I would often think to myself full of hopeful optimism.

The second trimester came and I felt a little better. My husband Mike, and I had an exciting Vegas trip coming up and I couldn’t wait to get away. As we walked through the doors of Bellagio, I was in awe of the sheer size of our hotel.

As we stood at the counter waiting for our room key, my oversized baby bump was drawing a lot of eyes. Although I was only 17 weeks pregnant, I looked almost full term. I am sure people were thinking that a very pregnant woman in a casino looked a little out of place. 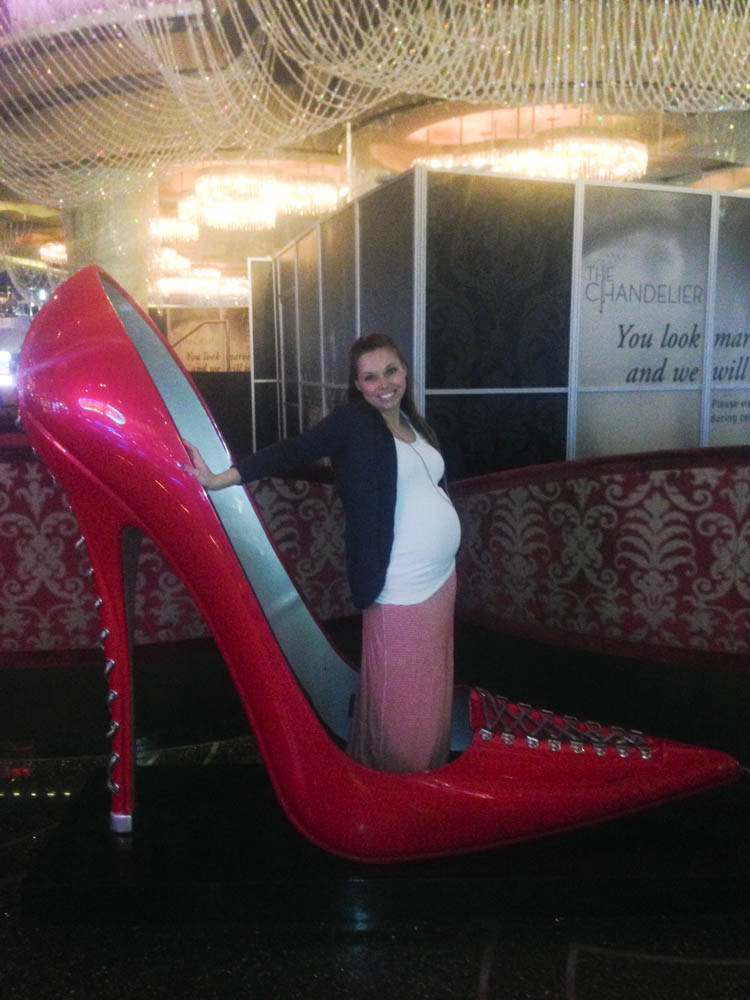 After being pointed in the direction to where our room was, we started to make the trek. Now when I say trek, I seriously mean TREK. It was about a ten-minute walk (at least) from the front lobby of the Bellagio to where our room was. That’s when it happened. It felt like someone placed a vice on my belly, and I couldn’t move.

Now, I have heard of Braxton Hicks contractions before, but this was cruel. I quickly sat down in one of the many chairs peppering the long halls in the Bellagio and waited for the searing pain to subside, which, at this point had begun to start shooting down my legs and even through my lady parts.

Las Vegas is a walking city. Here I was unable to walk, or at least walk very far. We made the best of the trip walking short distances, taking cabs and sitting a lot. Mike was very patient and took very good care of me. 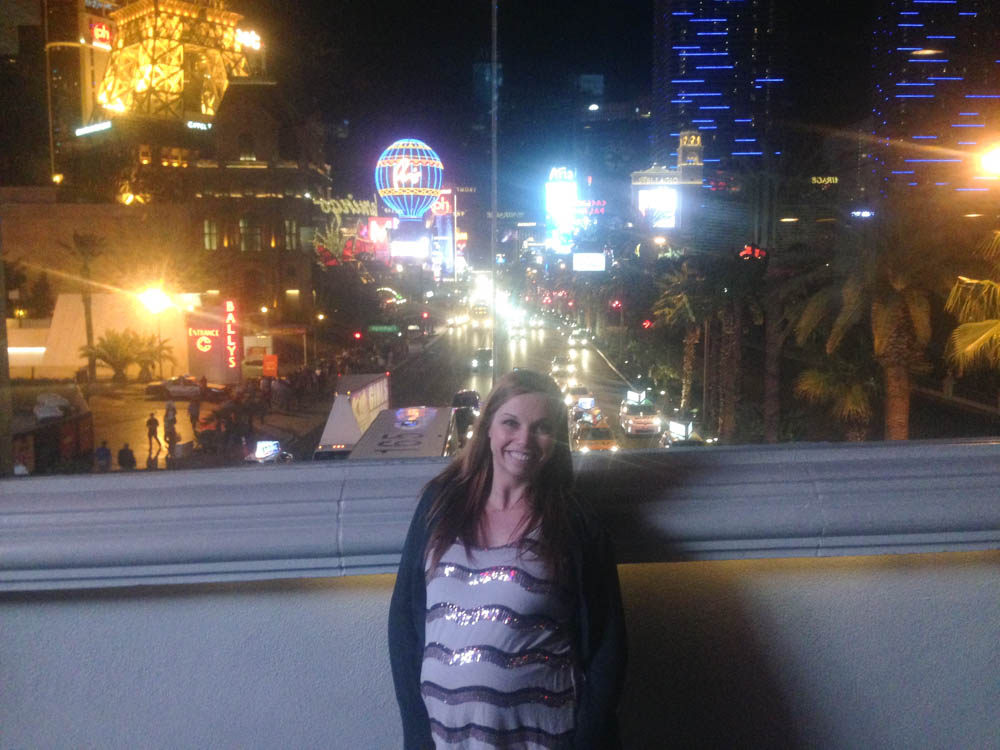 Upon arriving home, the cleaning, tidying and clutter-clearing continued to wait.

By the third trimester I had completely thrown the towel in. I was living on the couch with a pillow between my knees, barely able to climb the stairs without blacking out. We scraped together what money we could and graciously accepted gifts from family to hire a cleaning company.

We continued to shove, store, and cram the items that needed to be purged, the clothes our kids had grown out of and all of the extra stuff that was slowly becoming noise, occasionally spiking my anxiety. 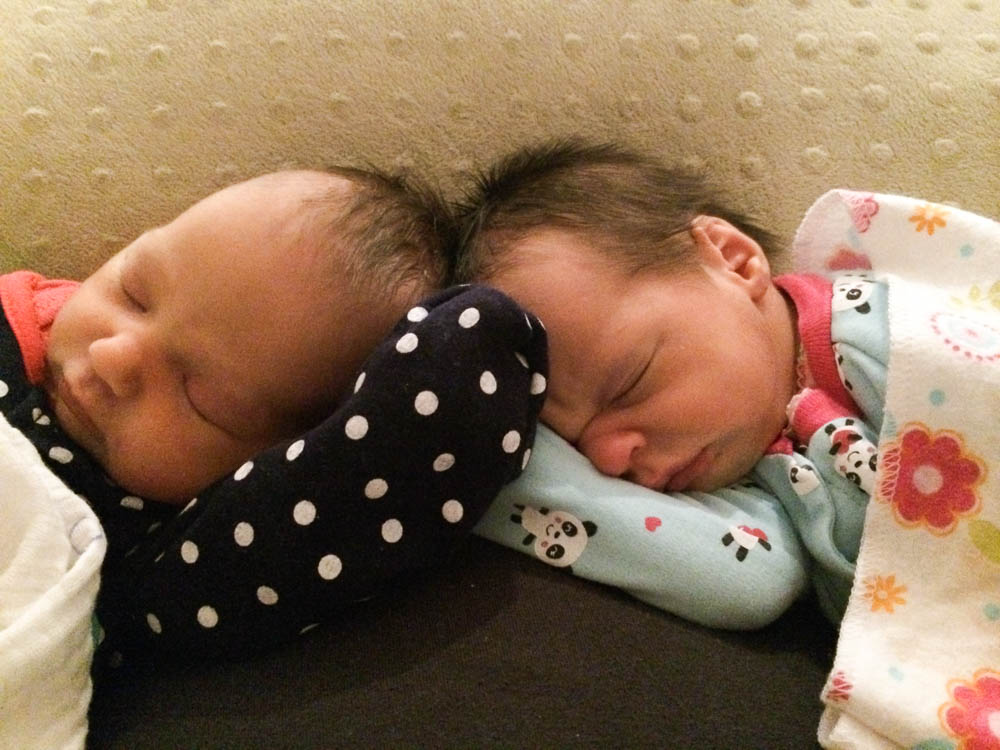 To this day, I have felt like I have been keeping a deep, dark secret. Clutter. Most days I have been able to rationalize the noise away, pushing it to the back burner, reminding myself I have bigger fish to fry. 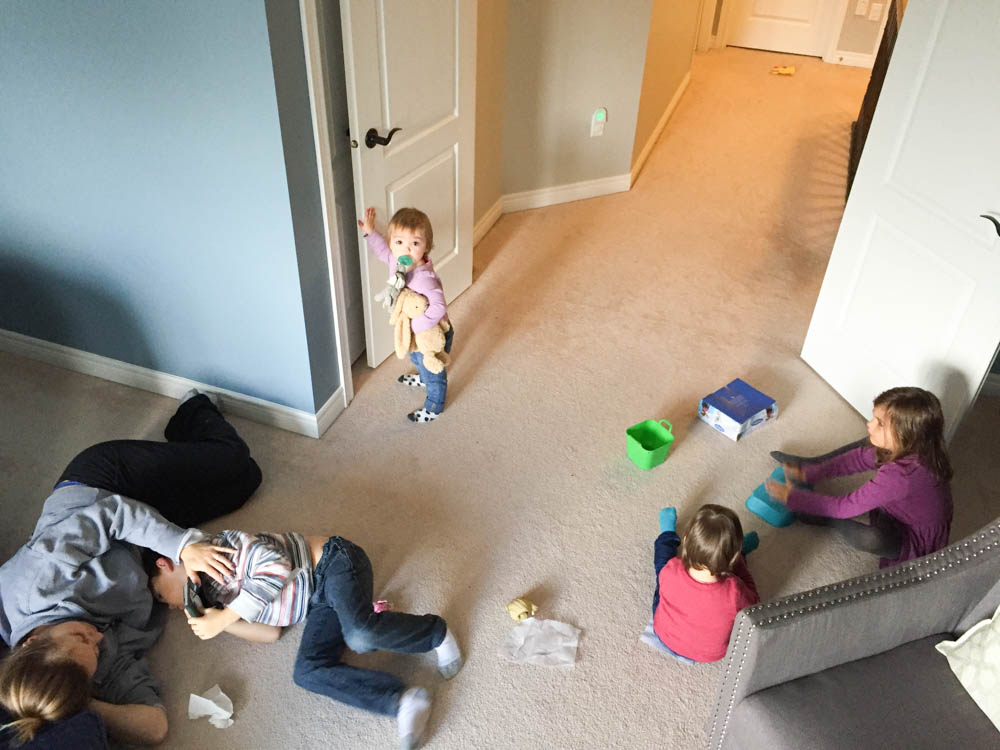 But every once in a while I would gasp, looking around at the mess, the garbage, the stuff, the junk, the crap and feel like I was drowning.

So here I am, weeks away from our twins’ second birthday, and although I know that some days are a sh*t show, I have to admit, we are out of survival mode. It is time to face the mess.

I have made the decision to purge our house. To be ruthless. To make our home a priority.

This is the beginning of a series that I will be continuing… well… on and off until the process is done.

Digging Us Out Of Survival Mode will include my real confessions of mess, of motherhood and survival mode. I will be journaling the purge, my inspiration, some fun home DIY projects and sharing my nesting story both on the blog and on my YouTube channel.