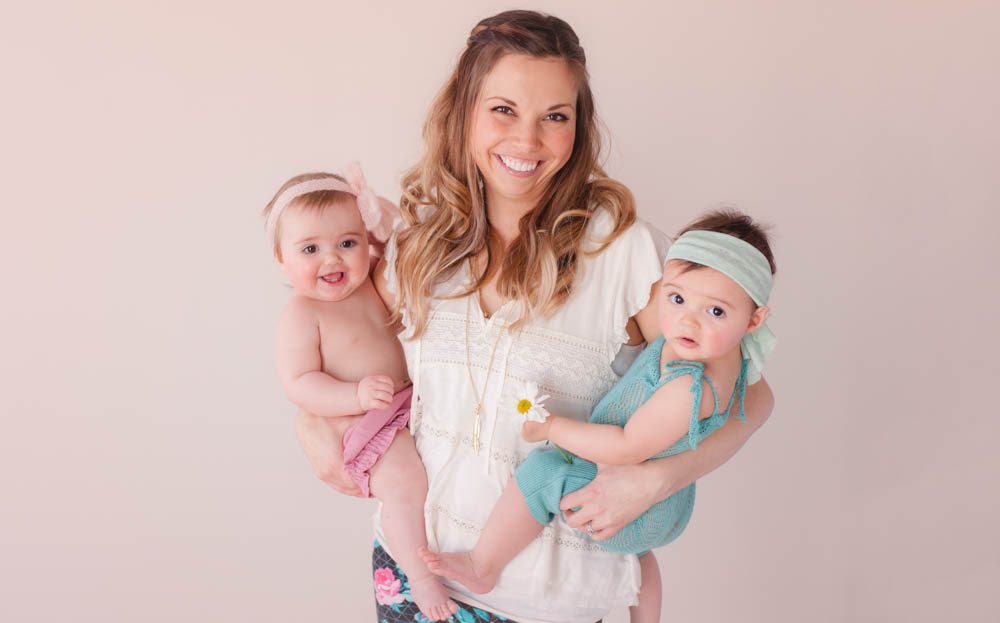 The day I found out I was expecting twins, my mind exploded into a million different directions. I almost couldn’t fully comprehend the news. My hands shook and my body shivered as I tried to wrap my mind around this unexpected future ahead of me.

After being a mom to two singletons, I had no idea what to expect being a mother to twins. I knew so little about the challenges twin moms face, and how my life would really be impacted, good or bad.

Honestly, having twins has both broken me, and made me stronger than I had ever thought possible. Other than hearing the typical twin mom rants about the bizarre and often inappropriate things strangers say, I don’t really think that people can really understand what being a twin mom feels like.

Here is my experience…

The Spectacle
I think for every mom, finding out they are expecting more than one baby, one of the first things they realize is that they are now a spectacle.

From the excitement that comes once the announcement is made, to your body and the invasive curiosity you experience, your private life, as you know it, is over.

I made the decision early on to ride the wave and play the fun “let’s shock them card.” When people made comments about having my hands full, I loved (and still do) watching their faces when I dropped the bomb that I also have two more kids. When people were curious how my body was adapting to two humans growing inside, I would flash my belly and get it over with.

Then there’s life after pregnancy.

By this point I was kind of over the attention and quickly mastered the art of avoiding eye contact and quick grocery shopping excursions.

However you handle it, there is no way around it. People are naturally curious about everything twins.

The Loneliness
Once the initial shock-and-awe dust settled and the morning sickness and reality of two on the way sunk in, I was finding myself feeling eerily alone. I was surrounded by mothers, each with multiple children, but I quickly realized that when you are pregnant with twins, you just want to be around other people who have been there and can relate.

This feeling of wanting to be surrounded by your multiples tribe doesn’t disappear after your babies are born. You long for other people who get it. Get the exhaustion and the pain and how much you are constantly giving of yourself.

The Determination
When I was pregnant with my twins I received a long email from a twin mother who a family member had reached out to for me. This, I thought, was the connection I had been craving.

As I read her email filled with negativity, preparing me to give up everything, plan to not step foot out of my house for at least a year and prepare my husband to be woken up for every feeding, a fire lit within me.

“Thank you twin mama,” I thought to myself, “you have just set the bar that I will be hurdling over.”

From that point on I researched like crazy from my couch. I watched YouTube videos on how to tandem breastfeed twins and I read every book possible and highlighted any tip that would give me independence.

I was a twin mama on a mission. Guess what? All of that research, planning and even rehearsing in our twins’ empty nursery paid off. I killed it from day one, and I couldn’t get rid of the help I had set up fast enough.

The Pain
In my life I have endured my fair share of pain. I have had stitches, a broken ankle, back injuries, given birth vaginally twice and have had major surgery. But nothing can compare you for the constant agony of your body shifting organs and moving bones to house more than one baby.

It’s not the intensity, but the endless affliction that other than giving birth, there is no relief from. From the pain in my hips, to the heartburn that can only be described as blades being swallowed, almost broke me.

But I persevered. I moved from bed to bath and then to bed and bath again and again. I clenched my teeth when I had to stand longer than five minutes and braced myself when I’d have to go up a flight of stairs, ready for the inevitable black-out.

But going through that kind of constant pain for so long does something to a person. I would compare my current pain tolerance to super powers.

The Triumph
It’s not just cause for celebration when your babies are born, every week passed during a twin pregnancy is a milestone. The day my girls were out of my body, I sat and watched, filled with satisfaction as my family and friends passed them around.

I had done it. I created these two beings.

The pregnancy was a marathon and I had crossed the finish. No one can ever take that feeling away from me.

The Isolation
Getting out the door with twins is doable. But is it always worth it? Going out without help, even to this day is a major challenge, and sometimes I opt-out because I know I am setting myself up for a disaster.

The isolation when you are a parent to multiples is inevitable. But I have found my peace with it. I have mastered many scenarios on my own, but there are just some situations I honestly think “why bother.”

The Frustration
The thing is, I am okay with sticking to my rigid rules, like bedtimes, schedules and opting out of participating in some events. I know that the backlash from messing with a twins’ schedule is hell compared to when it’s just one baby.

What is frustrating is the other people. The people that don’t get it. The people that think they know better because they’ve popped out a few kids. But what they don’t get is when your baby won’t sleep, or wakes screaming, there is about a 95% chance that their twin will too.

Unlike the other people’s children that are different ages, at different stages and need different things, you have to make a choice…

The Choices
Almost everyday as a twin mom is like a scene out of Sophie’s Choice. Both cry… who is currently my favourite? Haha, no. That isn’t how it goes.

But yes, you have constant difficult choices to make and many of them involve choosing one twin over the other. How do I do it?

I start by triaging the situation. Who was the original cryer? Is someone faking it? Who is dirtier/hungrier/in more pain? Is one of the cryers at risk for making themselves throw up?

All three of us have thankfully learned that this is the way it has to be and my twins have the kind of patience my older kids will never know.

The Efficiency
I don’t think that there is a person alive who is as efficient as a mom of multiples. We know how to so many things at once it would blow your mind.

It’s not possible to double up? We have also nailed the art of creating an assembly line.

Oh, and don’t forget the body parts. My legs, feet, elbows and chin have finally found their purpose in life, post twins. I am pretty sure moms of singletons still use their hands for everything… ptff… amateurs .

The Pride
Honestly, growing, birthing and raising twins is the most impressive, selfless, bravest thing I have ever done. I still look at my girls and examine their perfect little fingers, toes and ears and think what an amazing thing my body has done.

The fact that countless things had to go right to create my girls is not lost on me for one second.

21 thoughts on “Honestly, This Is What It Feels Like To Be A Mom To Twins”