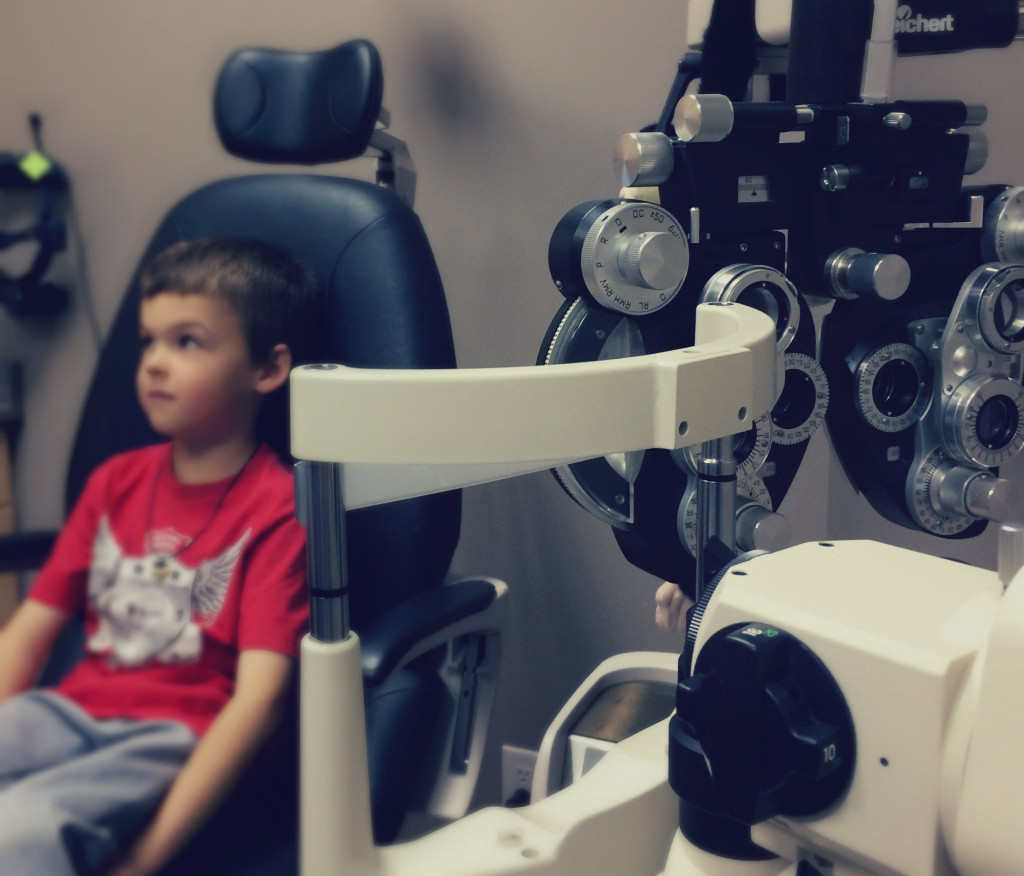 I dropped the ball on this one. For years, (yes years), I have known I should be having my kid’s eyes checked, especially before Kindergarten, but I never got around to it. I never really saw any warning signs that I needed to make it a big priority, but I knew better.

So, here I am, taking Holden for his first exam while he is wrapping up his final weeks of Kindergarten. Mom fail. Better late than never, I guess. Actually, it was reading about Heather Armstrong of Dooce and her daughter Marlo’s eyesight journey that got me to finally make an appointment. While reading this, my heart broke for Marlo and what Heather must be feeling.

That was it, no more wasting time. I was going to get my kid’s eyes checked. First would be Holden and I was honestly a little nervous for him, because I had no idea what a child’s eye exam would be like. Holden was game and pretty excited! 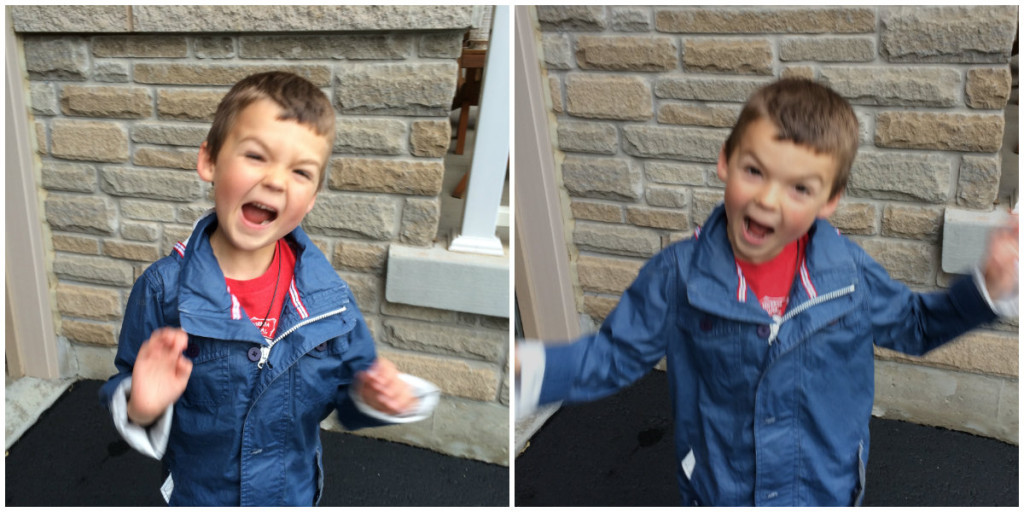 Once arriving, a pre-exam was done. I was impressed how well Holden listened to instructions. 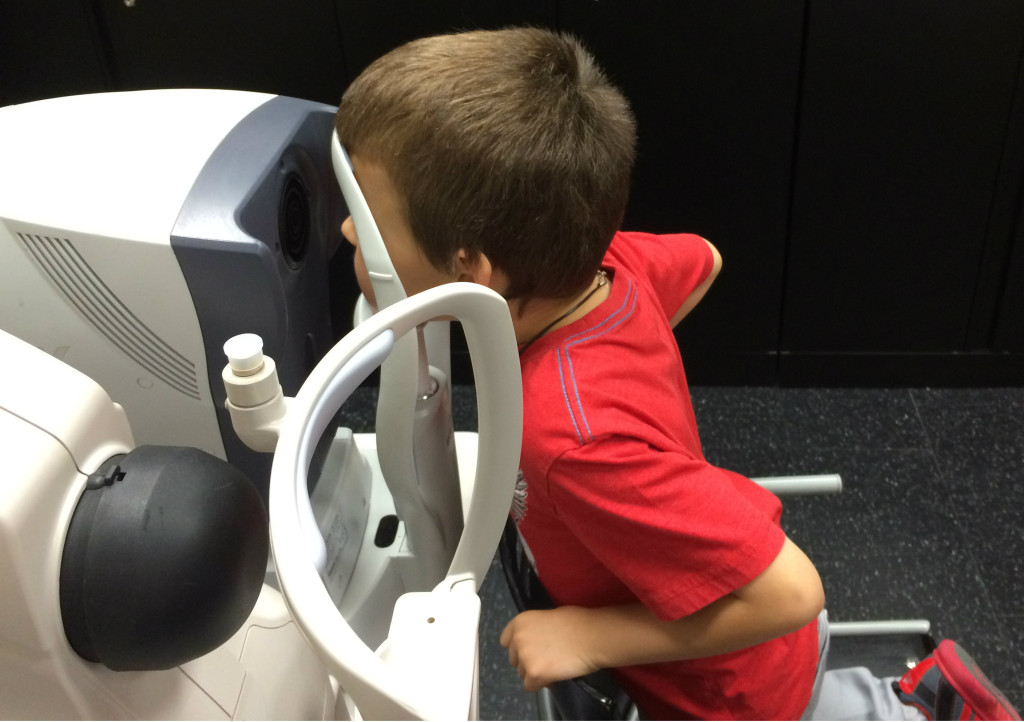 While waiting, Holden had some fun trying on glasses. I had to remind him that our goal was not to end up with glasses. I have to give it to the kid, he looked pretty handsome in glasses. 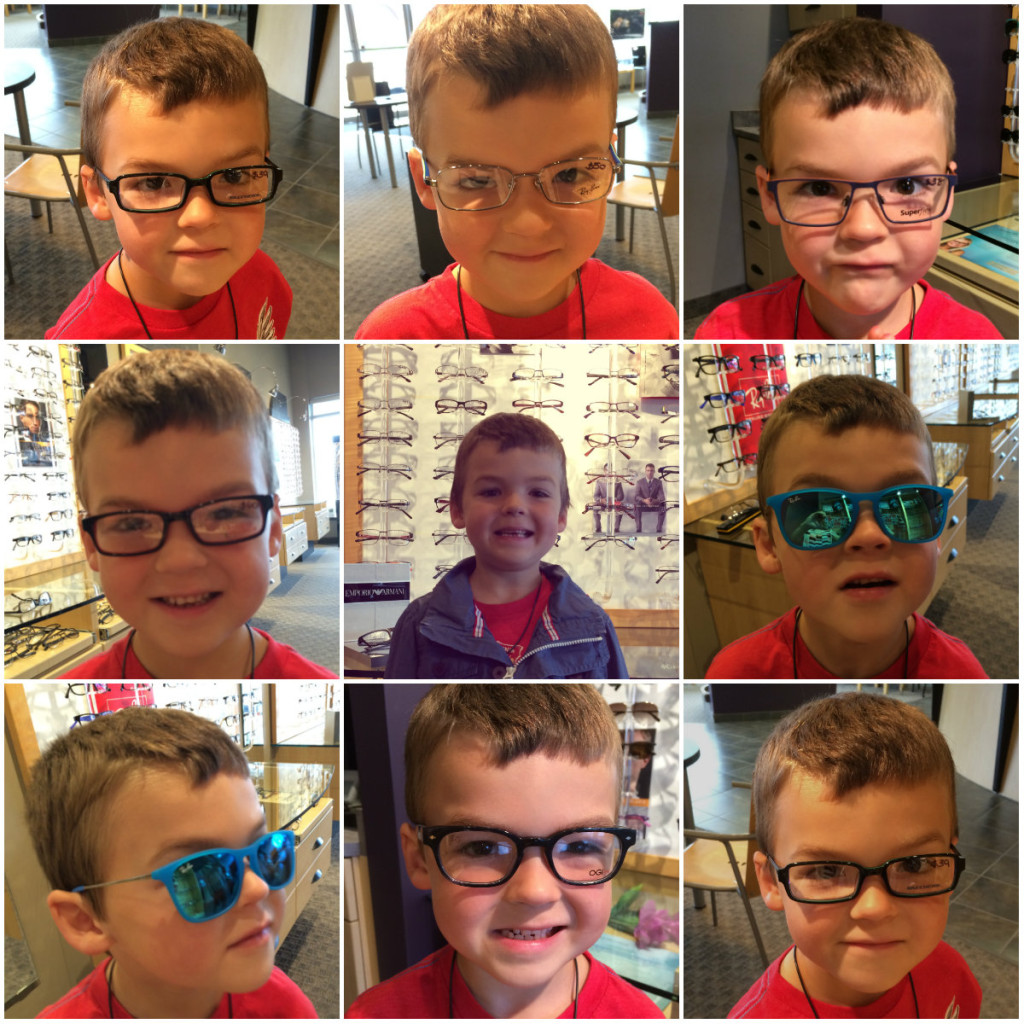 Then we were ushered in to see the Ophthalmologist. Holden passed each test with ease and loved being quizzed, the eager student that he is. 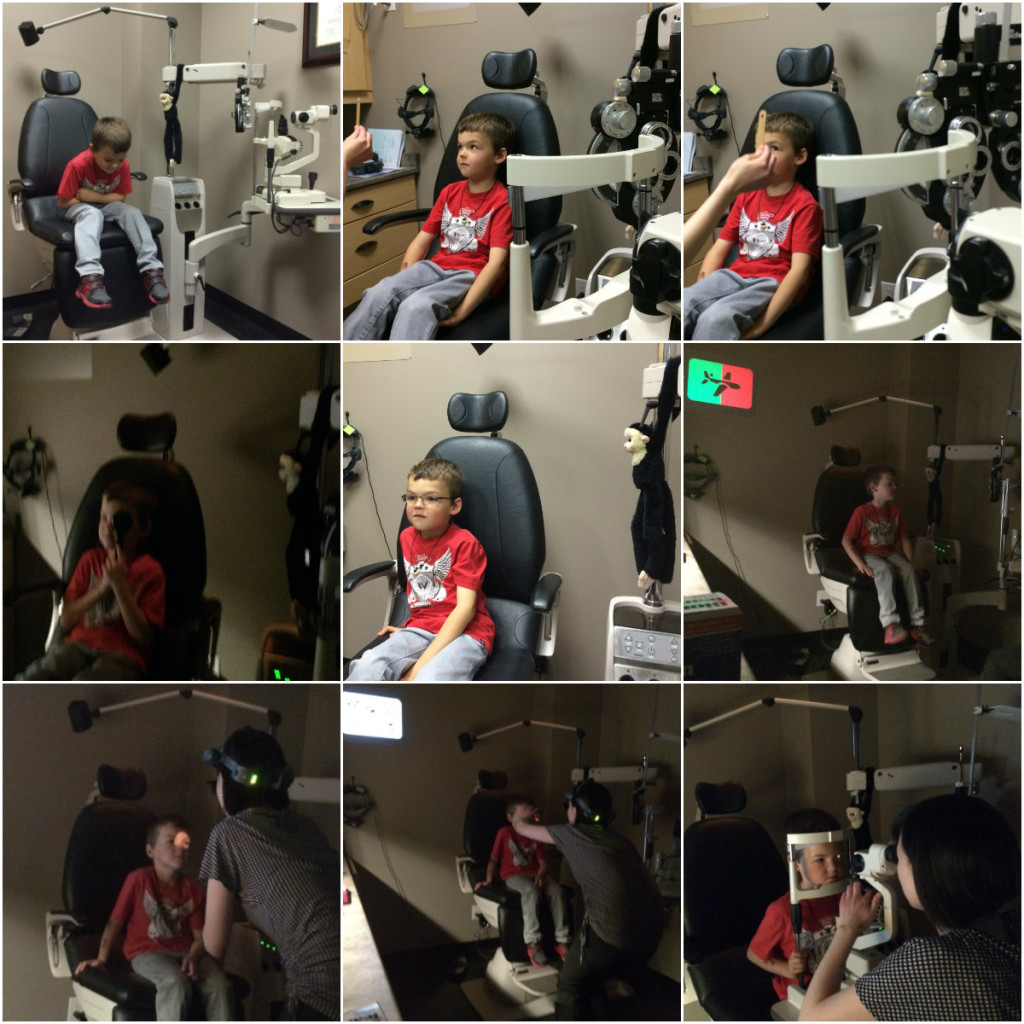 But it was when I watched the Optometrist circle back to Holden’s left eye, for a second time to take a closer look, that I started to get a little nervous. She said she saw a pigmentation that was a little more grey than she would like. We decided to do the dreaded drops so that she could get a better look. After promising Holden we could get some brunch after he complied like a champ. 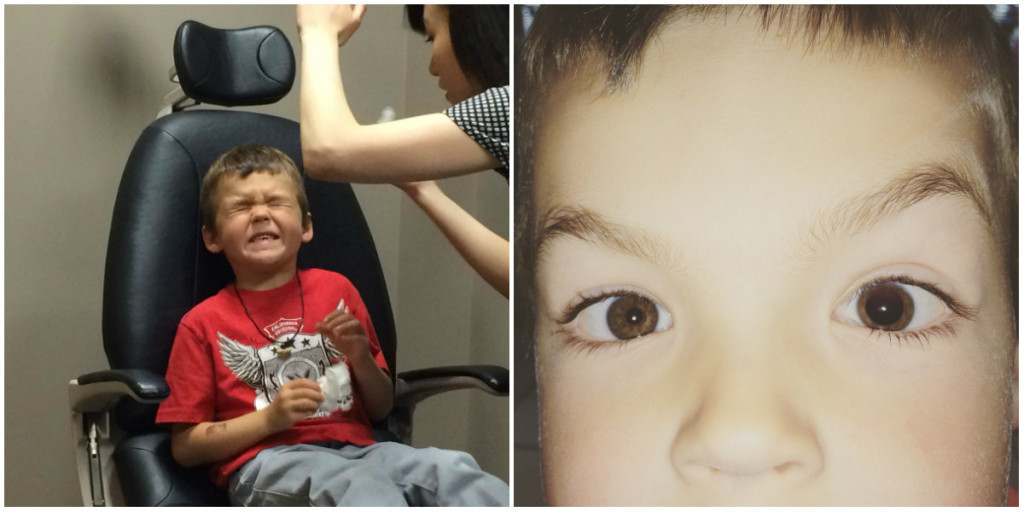 While waiting the fifteen minutes needed for the drops to take affect in the waiting room, of course, I jumped on Google and totally freaked myself out! Once examined again Holden was given a clean bill of health and nope, no need for glasses and we would have to keep an eye on the little area of concern. But I left a little shaken.

Holden left so proud of himself telling me how brave he was, which he should have been. I, on the other hand, learned a very important lesson. Don’t put important parenting tasks like this off.

And yes, he got his pancakes. 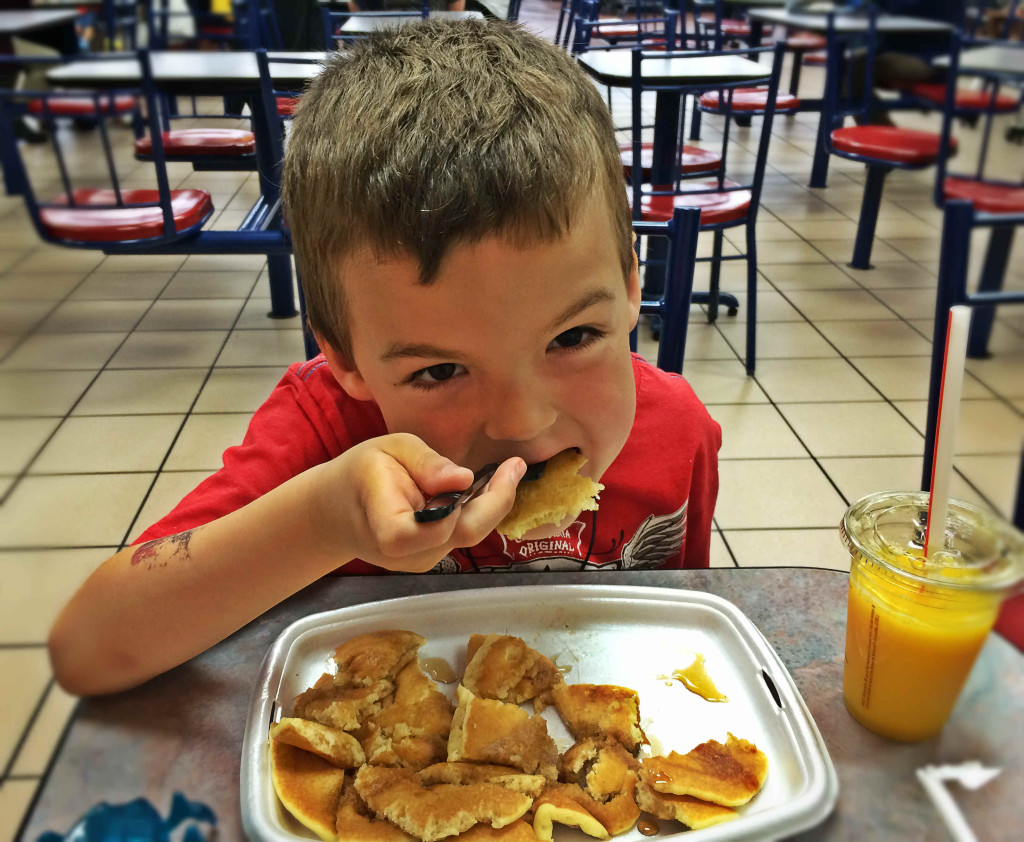