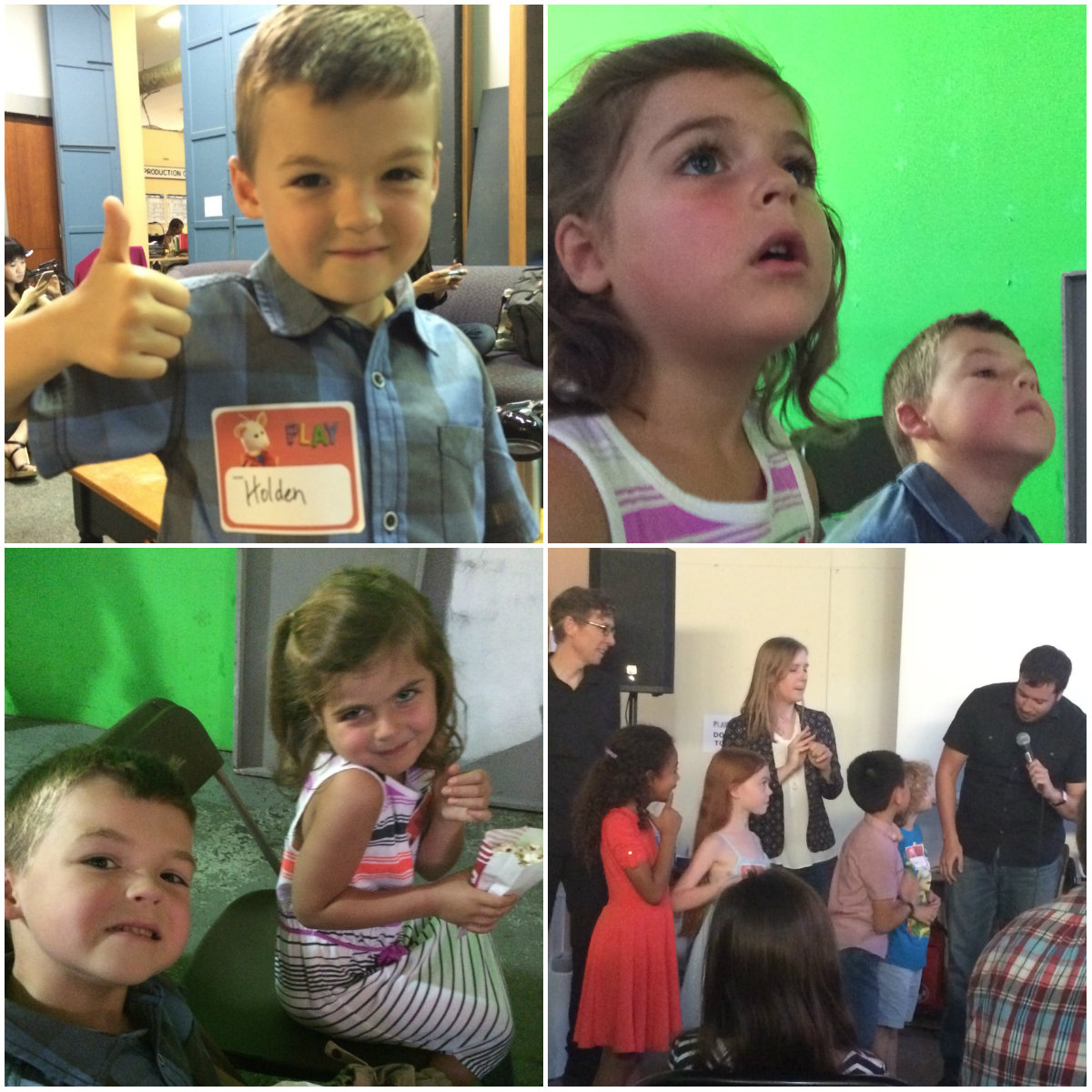 Sometimes there are moments with my job as a blogger that I have to pinch myself. This was one of those times. Holden, Beau and I were invited to the screening and set tour of Family Jr.’s new television show, Play Date, which is airing this fall. It was so nice to do something special with just the older kids and I. This kids had a blast and are instant fans!

Play Date, by Sinking Ship Entertainment and DHX is a mix of live-action and skilled puppeteering. It showcases the unexpected adventures of Jacob and his friends’ stuffed animals encounter when they leave them alone. When we first arrived, the creators of the show introduced the cast as well as some of the children that do the voices for the puppets. Then, we were treated to a screening of a few episodes of Play Date. As soon as each one ended, both kids, but especially Holden, wanted more.

There is something about the mix of live-action characters and puppets that has a nostalgic magic, similar to the shows I remember loving as a child. The storylines were easy to understand and captivated my kids from beginning to end. Once the screening finished, Holden and Beau were treated to a set tour, puppet-making and were even able to meet the cast. 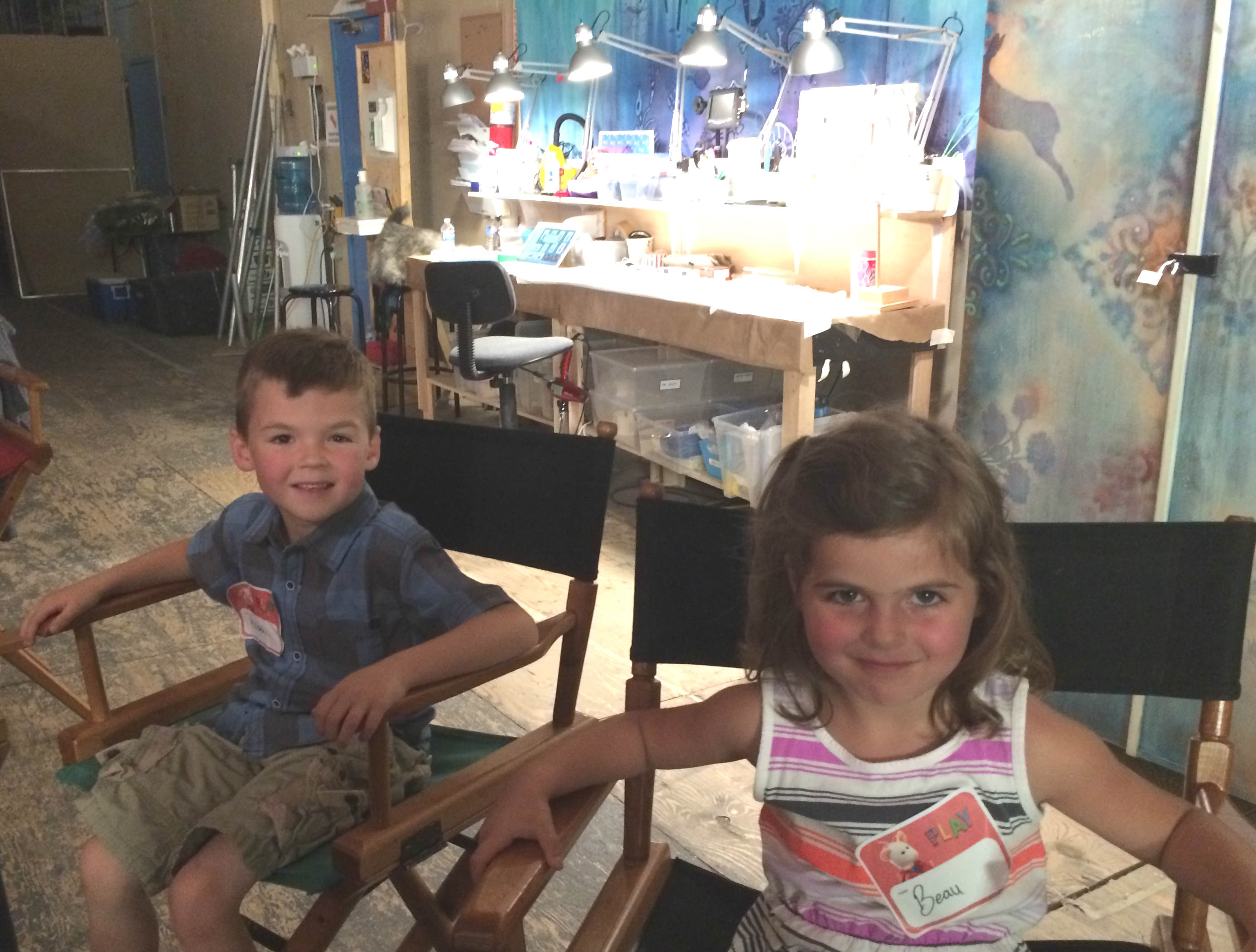 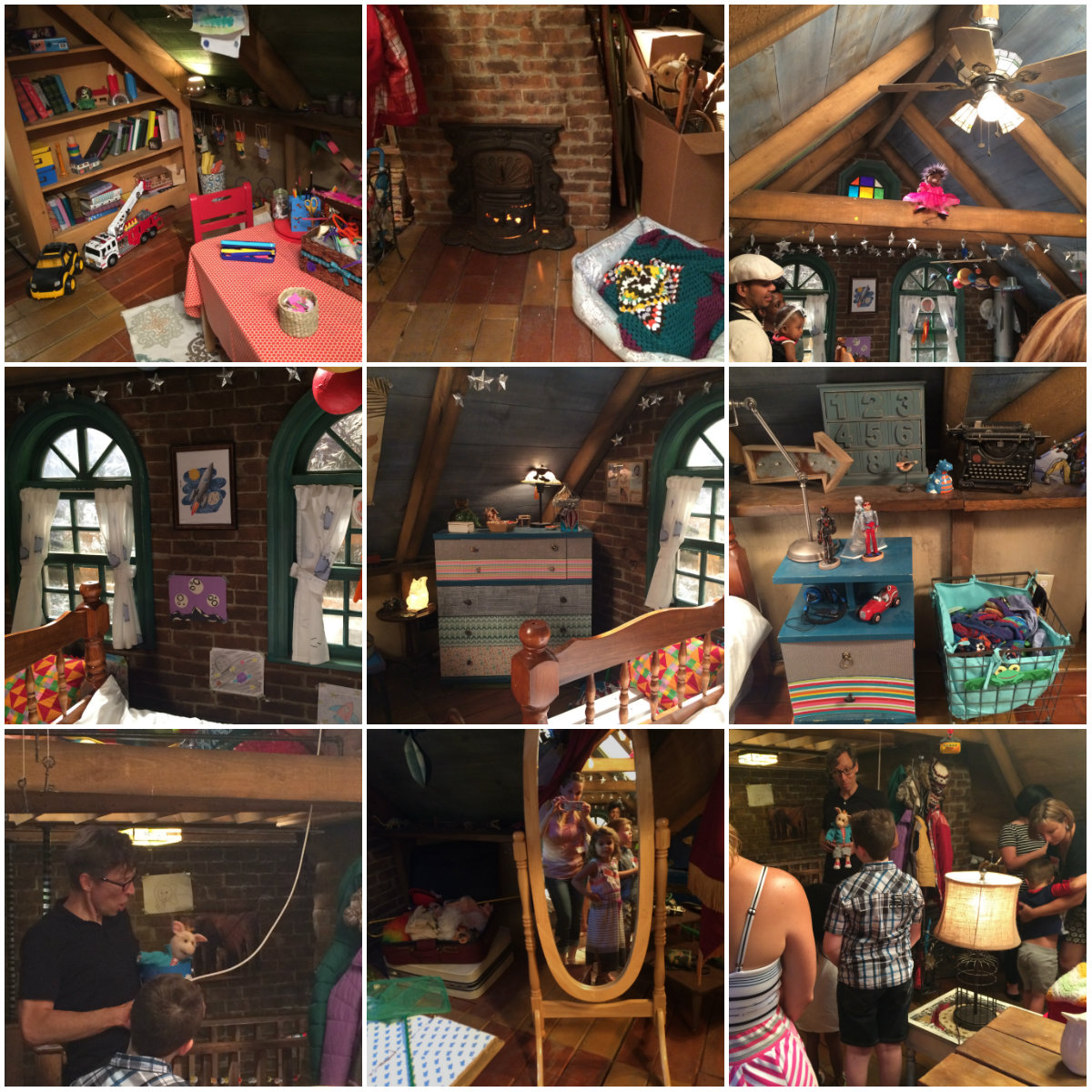 The set tour of Play Date was led by Frank Meshkuleit. Frank and his wife, Dina meschkuleit are both Puppeteers and the Creators and Executive Producers of Playdate. Frank’s early training with Jim Henson’s Muppets 30 years ago on “Fragile Rock” fostered his love for puppeteering. Now Frank and Dina are lending their expertise and incredible talent to Play Date, bringing Mac, Buckie, Pricilla and Sammy to life. 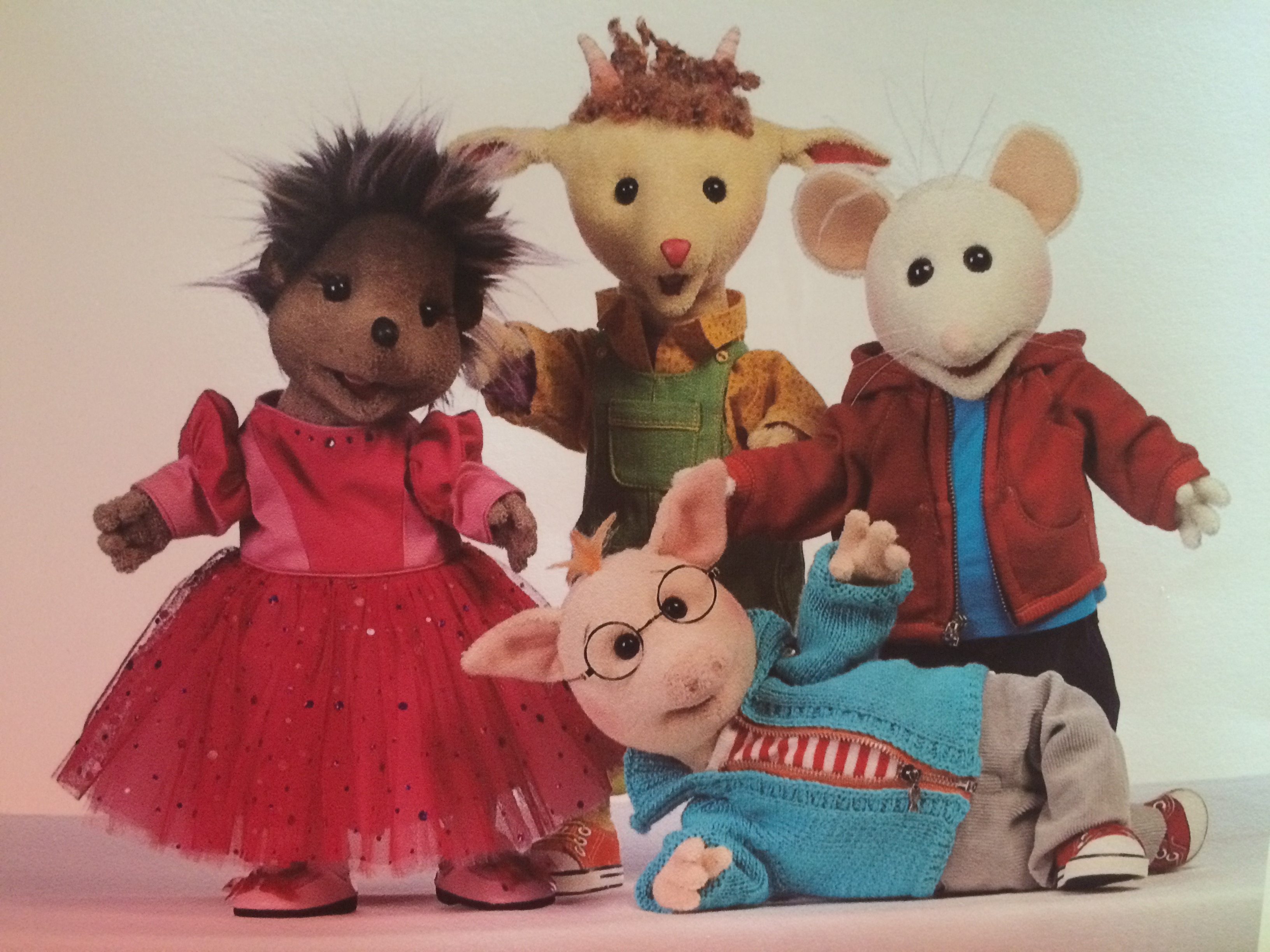 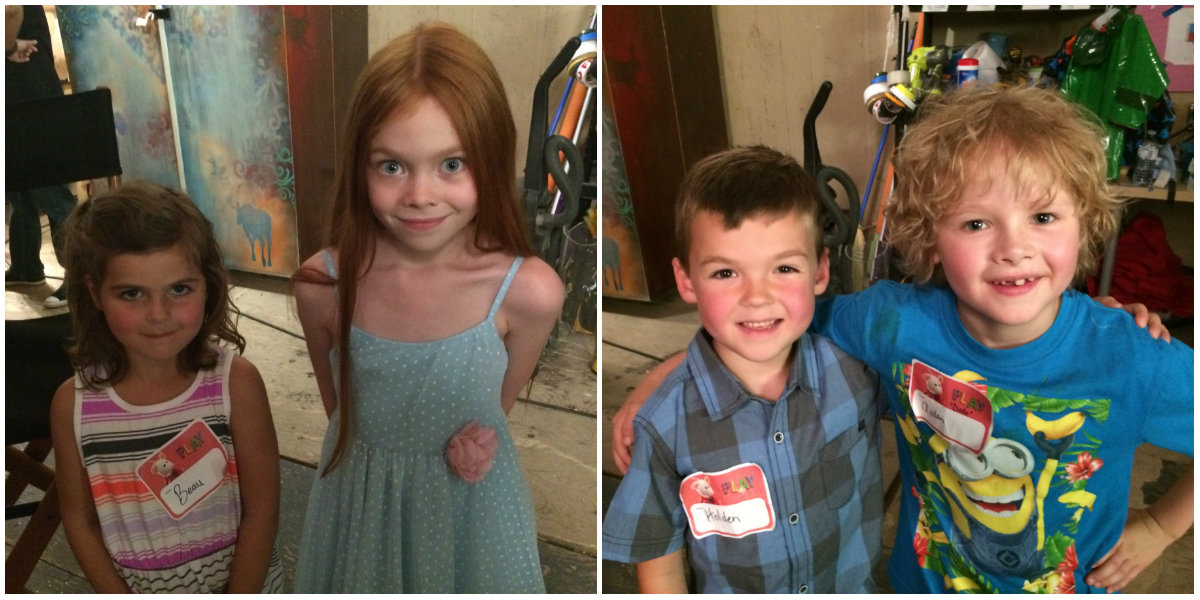 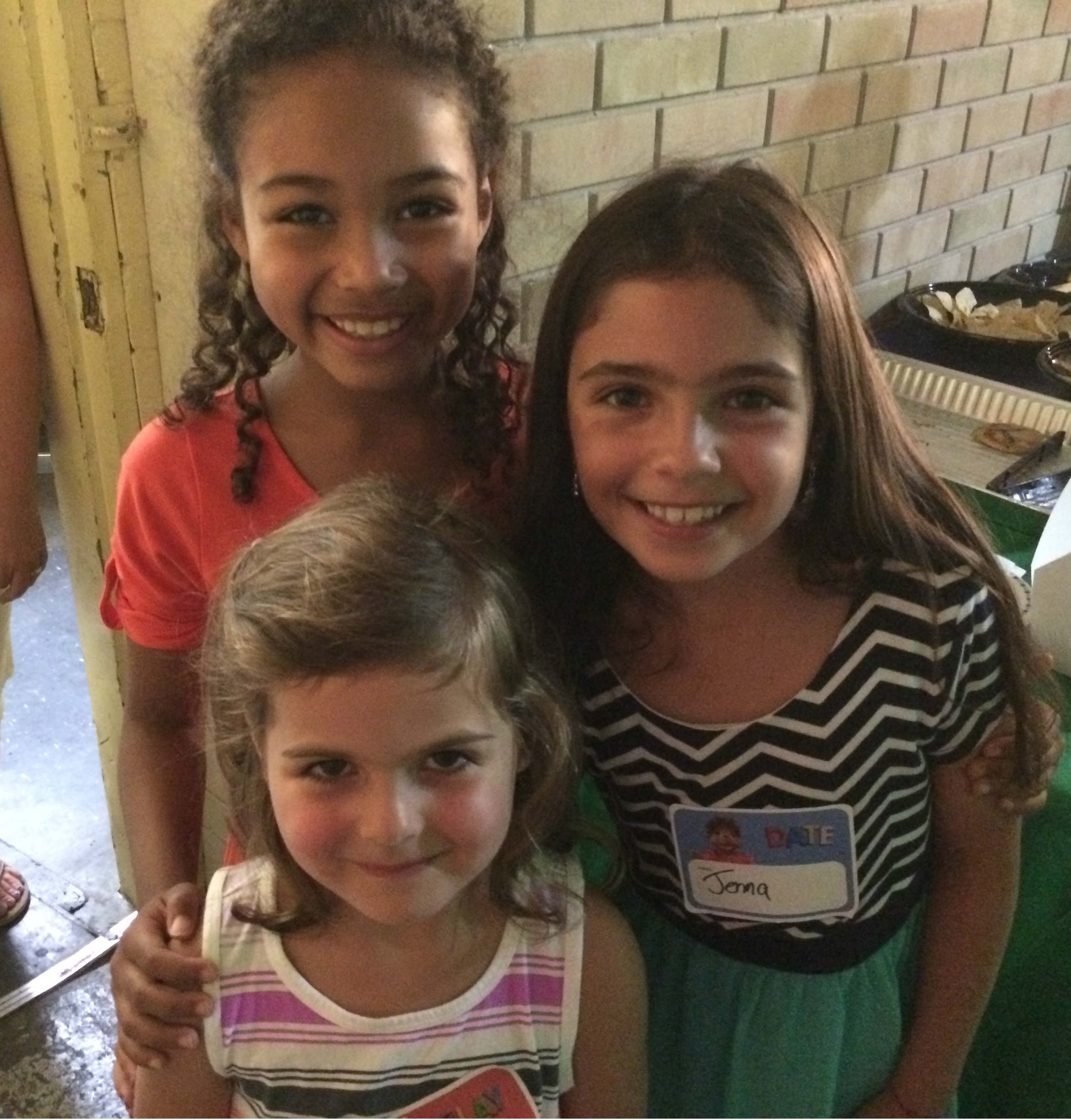 Holden and Beau cannot wait for Play Date to begin this fall on Family Jr. It will surely be a favourite in our home!