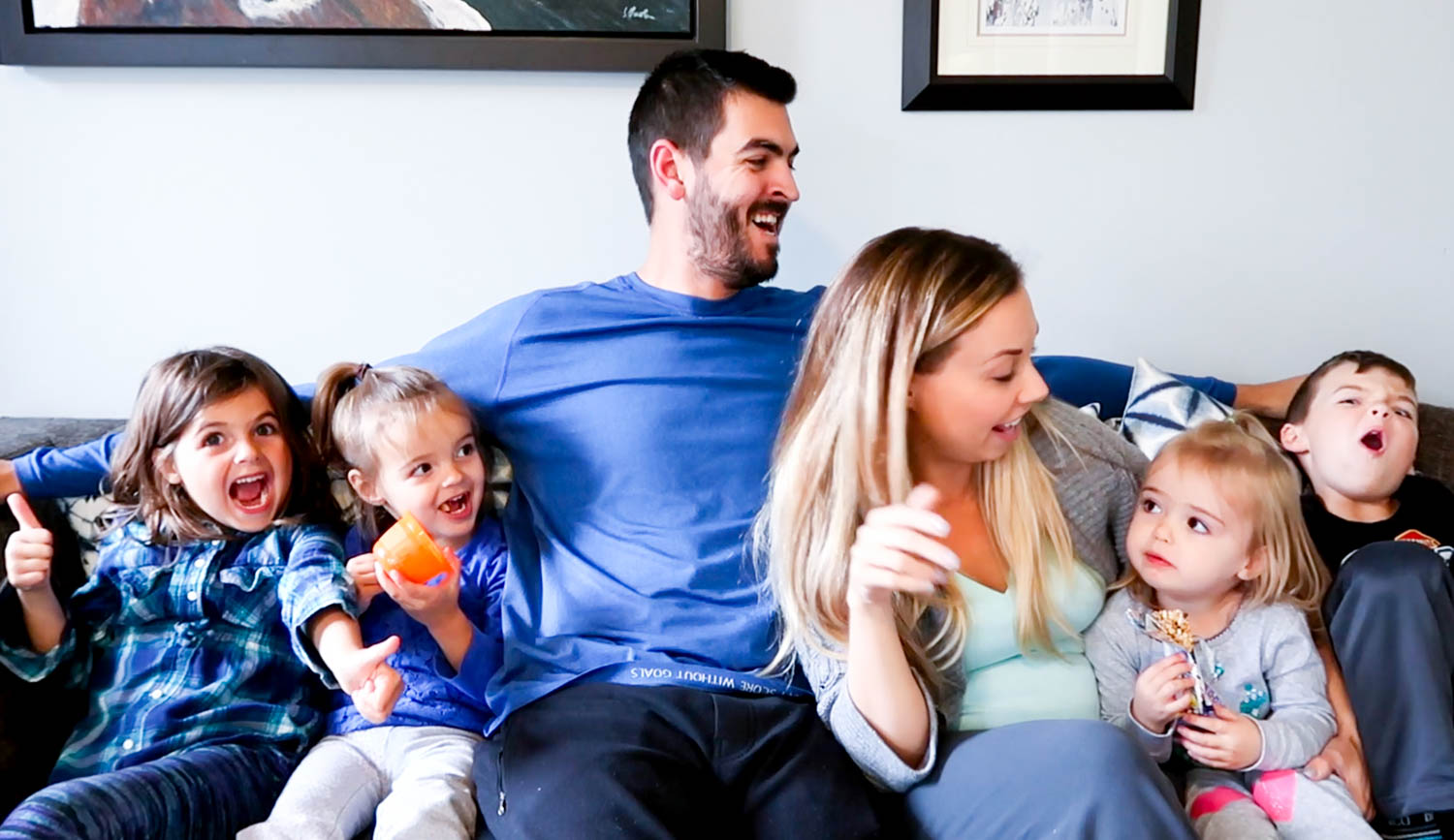 Well, it’s done, we did it, we’ve closed that chapter. I am talking about creating one video every day in the month of September.

There were days that I almost threw the towel in because I had to re-do an entire vlog when files were corrupt, or when the kids and I were sick. But that voice in my head was so strong, and my determination to see-through this challenge, (that was my idea), was so powerful, I just had to finish, and finish well.

This experience was life-changing. No, seriously, I am not just throwing around a term used too often. It literally changed my life.

I am A LOT stronger than I thought. This lesson is something I had already learned once before, when I was pregnant with my twins. Deciding that I was going to take on such an enormous task that was mentally, physically and intellectually draining was one thing, but not giving up, or skipping a video, even when people who were cheering me on supported me to “take a break,” was the biggest test.

When I was pregnant with my twins, I never had the option to take my gigantic tummy off for a day to take a break. I was in it whether I liked it or not.

Doing daily videos for a month was my idea. No one was relying on me to produce them. There was no monetary pay-out at the end. It was just a personal goal that I took on and could have just as easily given up on.

I am not a 90% person. I had always been the person that would want something, but not even try because I would be scared that I wouldn’t be perfect at it, or complete it. But this time I started and ended something that was really, really hard, and that feels really good.

My marriage is pretty damn strong. It is no secret that in the past couple of years our marriage went to a very bad place, and with a lot of hard work from both of us, we have turned it around.

About a week, after starting filming, editing and uploading a video everyday, when the honeymoon phase was over, and Mike and I got into a fight.

Don’t get me wrong, he was my number one supporter, and partner in this project. I can’t even remember the details about why we were fighting, but we fought.

It was so bad that neither of us caved, and he decided to sleep on the couch downstairs that night. Ouch.

But the next morning we talked, worked it out and got passed it. From that point on we teamed up and I worked each evening as Mike picked up my slack around the house.

We found our joy in doing the videos again, and this test, in turn has made us an even stronger duo.

I found Nesting Story’s direction for the next chapter. Although I know for sure, (at least for right now), that three videos a week, instead of seven is a better fit for us, I have fallen in love with video all over again.

For a long time I was only telling our story through written word and photographs on the blog. But organically more and more has shifted to video. I love that we are able to share our story through video with the blog supporting it.

I have completely fallen in love with the YouTube community as well as the community of people I have reached on my other social media sites through video. I have created long-lasting friendships with other creators and have truly felt supported in this endeavour.

Thank you. All of you!

How precious time with my family is. Doing daily vlogs took me away from my family. We all survived, but it made me miss them in a way that I needed to experience.

For a long time I was living from nap time to nap time and conference to conference.  I had been so burnt out from having twins and being in the baby stage for so long that I was just going through the motions.

But working around the clock while watching the previous day unfold in front of me on my computer did something to my soul.

Because of this renewed love of family time, I have been actively taking some unnecessary irons out of the fire and creating time.

In the end I always circle back to why I started sharing what started as my story, and became my family’s story… to connect. I was so lonely during my twin pregnancy and wanted to know that I wasn’t alone, and that maybe there was another mom out there like me.

I wanted to open up my experience of motherhood complete with triumphs and failures, but always problem solving along the way.

Whether I am sharing on video, the blog, or other websites like Baby Center, I will continue to be real, to inspire and to connect.